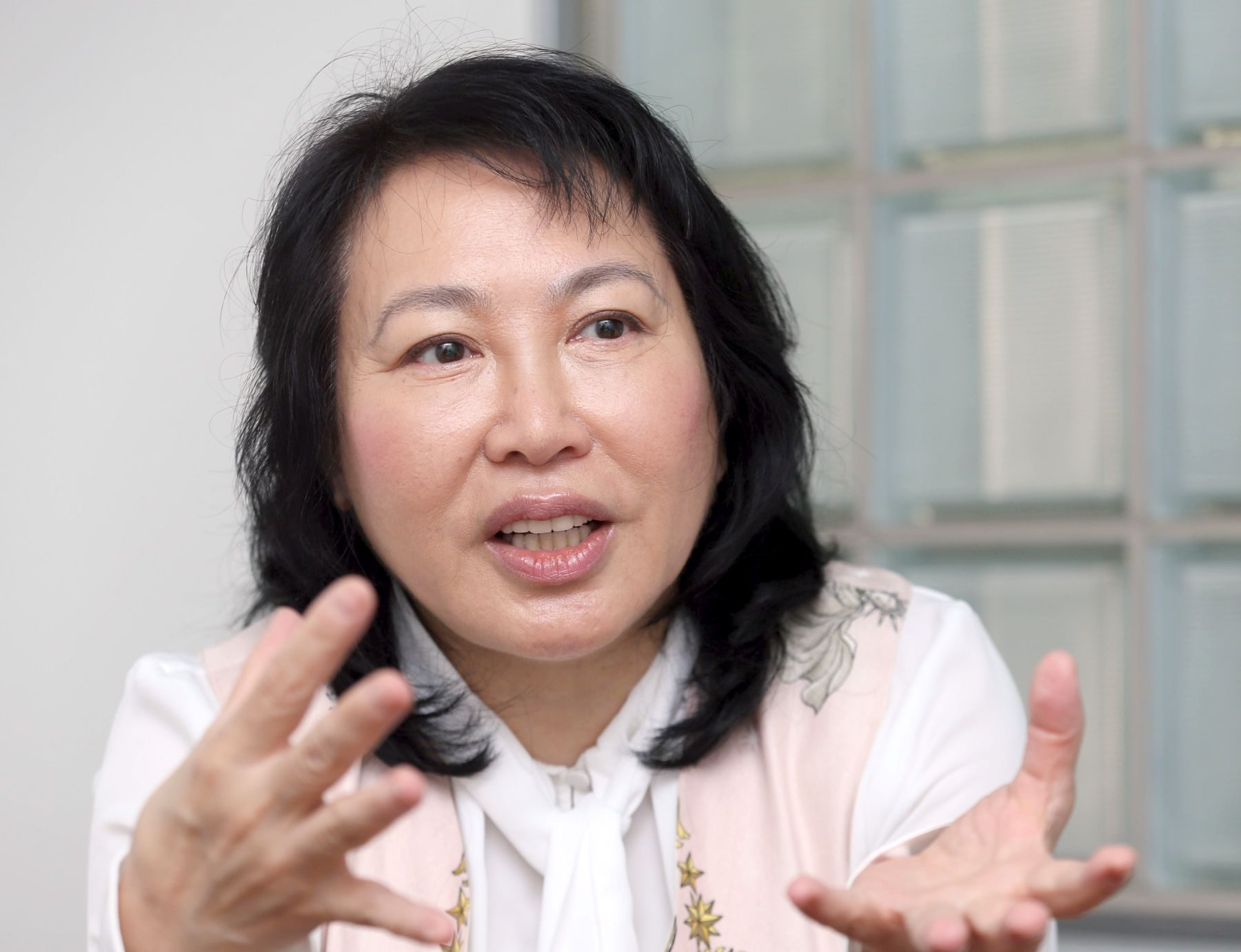 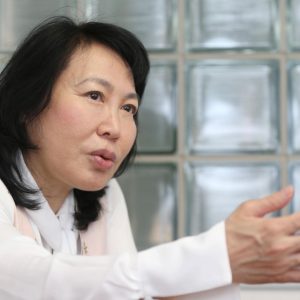 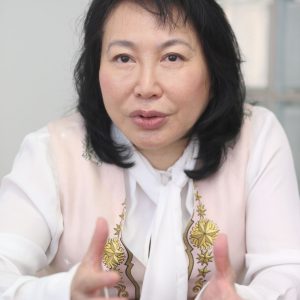 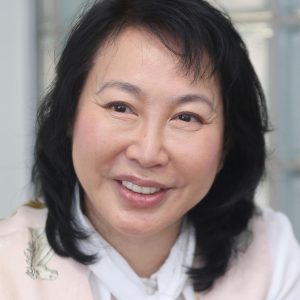 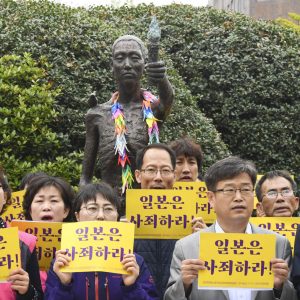 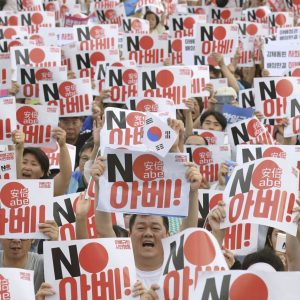 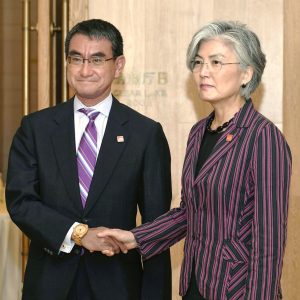 Former Abe Cabinet advisor Koko Kato left the Prime Minister’s Office and took on new duties as the executive director of the NPO, the National Congress of Industrial Heritage, in July. The Sankei Shimbun and JAPAN Forward caught up with her in Shinjuku as the change took effect to ask her about Japan’s industrial heritage sites, the South Korean government’s allegations of discrimination, and her plans to continue working on the issue as a private citizen.

Just last month (July 2019) I resigned my position as a special advisor to the Prime Minister within the Cabinet. I was responsible for activities and messaging regarding Japan’s “industrial heritage.” In fact, I was involved from both a public and private sector perspective in the effort that culminated in the July 2015 decision by UNESCO to list several sites associated with Japan’s Meiji era industrialization as world heritage sites.

Japan’s industrial development during the Meiji period was nothing less than miraculous, and worthy of boasting about to the world. In the short span of 50 years, Japan was transformed from a hidebound feudal society with sharp class distinctions to an industrial powerhouse on par with Western countries. That historic success was epitomized by the Japan-British Exhibition held in London in 1910.

Many samurai traded their topknots for a businessman’s haircut, becoming engineers or merchants who set off to market Japan’s products throughout the world. Japan’s rapid rebound after World War II was possible because of the earlier experience during the Meiji period of how our country had gone from almost nothing to become a major industrial nation. We must preserve the heritage of Japan’s industrial revolution and keep hold of the memory of this successful experience.

However, the effort to honor these historical sites became entangled in the controversy over whether or not Koreans were forced to work in Japanese factories and mines. The South Korean government quickly launched a full-fledged campaign to prevent these historical relics from being listed as world heritage sites.

The period during which the sites proposed for listing were built covered the 1850s up to 1910. In fact, only a few hundred Koreans had relocated from the Korean Peninsula by the end of the Meiji period in 1912.

Nevertheless, the South Korean government charged that some of the component sites in Japan’s world heritage proposal were “facilities where individuals from the [Korean] peninsula were forced to labor [during the war].” The South Korean delegation raised a tremendous ruckus in this regard during the UNESCO World Heritage Committee meeting held in Bonn, Germany, in 2015.

In fact, the South Korean government went so far as to contact experts working for the International Council on Monuments and Sites (ICOMOS), a UNESCO advisory group, providing them with materials opposing the listing. Then, after an ICOMOS international committee issued a recommendation for listing, it distributed a rebuttal pamphlet in English to countries represented on that committee which contained inflammatory language such as “a stolen country, a kidnapped people” and “have you no pangs of conscience?”

There were numerous problems with this South Korean advocacy literature, including the fact that photos purporting to show Koreans engaged in forced labor were of unknown origin. Later, it was determined that some photos alleged to show forced labor had no connection whatsoever with the issue in question.

While South Korea continued on the offensive, determined to show everything in as negative a light as possible, Japan’s Foreign Ministry remained on the defensive. In South Korea, citizens’ groups banded together to engage in various kinds of activities designed to prevent the UNESCO listing, while Japan’s Foreign Ministry remained diplomatic and gentlemanly to a fault.

In the end, the sites were listed as UNESCO world heritage sites. But I suspect that a strong impression remained among member countries that Japan had forced numerous Korean workers to labor as slaves during the war.

I became involved in this issue in July 2015. The first thing I did was to try to collect as much primary evidence as possible related to the Korean laborers in the form of diaries, memos, letters, and so on. That was so we would have the substantive evidence necessary to rebut the charges leveled by South Korea.

At that time, documentary evidence remained scattered throughout Japan among government agencies, private companies, individual records and collections, and so on. I thought that this situation needed to be rectified.

In the four years since then we have been able to amass quite a few internal documents, the testimony of those directly involved, and so on. For example, salary payment records showed that workers born on the Korean Peninsula were not paid unreasonably low wages as compared to native Japanese workers.

Also, although it was charged that the food provided Korean workers was inferior to that for Japanese workers, the data showed that the kitchens and menus for the two groups were identical. Nor was there any disparity in treatment of the two groups regarding the housing environment.

For example, the president of Mitsubishi at the time issued a directive that there was to be no preference given to workers because of their birthplace, including workers from the Korean Peninsula.

According to records of the government-operated Yawata Steelworks (today’s Nippon Steel Yawata Works), natives of the Korean Peninsula were provided with severance pay, appreciation bonuses, savings, and travel expenses to return home following the war.

We need to be cognizant of privacy issues, but from the standpoint of the national interest, I believe that these materials should selectively be made public.

I am admittedly a “factory nerd.” Now I am no longer a government advisor and back to being a private citizen. Since industrial heritage sites remain my true love, I hope now to devote myself to sharing accurate information based on history, including data on the employment controversy, while seeking to broaden understanding of the significance of the industrial heritage sites.

I believe that by doing so I can play a part in fostering talent that can create a fourth industrial revolution, and thereby build a strong future for Japan.

September 17, 2017: ‘Memory of the World’ Program: How Will UNESCO Tackle Historical Distortions Against Japan?

January 10, 2019: The Reality of the Mobilization of Koreans During World War II – An Analysis Based on Statistics and Written Records

February 8, 2019: A Rebuttal to President Moon’s Claims on Wartime Korean Workers in Japan

July 23, 2019: When Some Korean Intellectuals Exaggerate, Distort History with Japan

Koko Kato, 60, is executive director of the NPO National Congress of Industrial Heritage. She served as a special advisor in the Cabinet of the Prime Minister of Japan for four years until July 2019. A native of Tokyo, she graduated from Keio University and then earned a master’s degree from the Community and Regional Planning Program at the Harvard University Kennedy School of Government. Ms. Kato played a significant role in obtaining the listing of dozens of sites associated with Japan’s Meiji era industrial revolution as world heritage sites. She hails from a prominent political family of the ruling Liberal-Democratic Party.