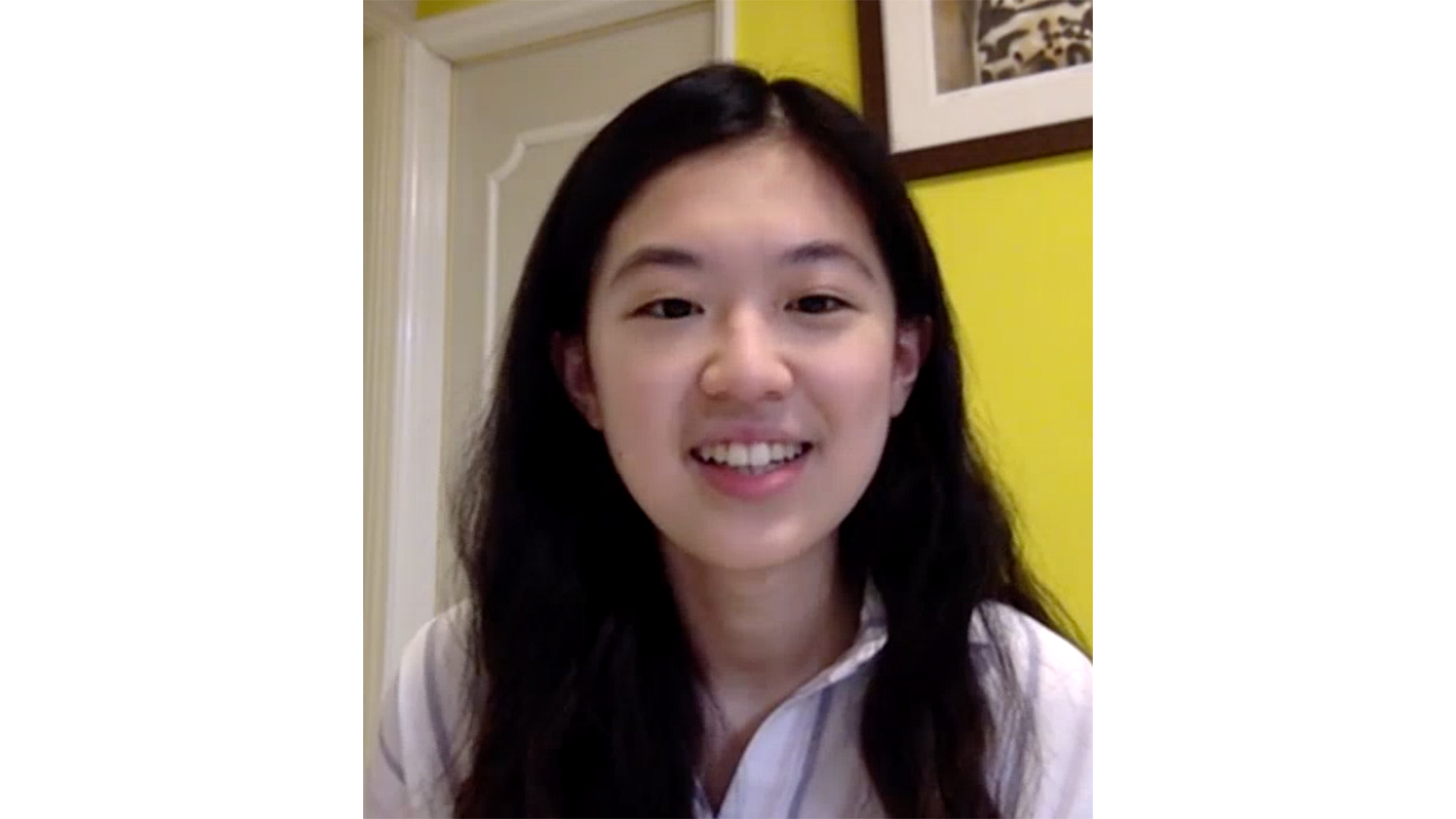 Vivi Lin on the surface might seem like your average YouTuber. Five years ago, she started a channel to share her life, stories, and travels with her friends. But, on April 9, Lin’s audience abruptly changed, as she posted an open letter to World Health Organization Director General Tedros Adhanom Ghebreyesus, who had used a press conference to accuse the Taiwanese government of stoking unspecified racist attacks on him.

Lin’s fiery comment, the unfiltered voice of a Taiwanese student disappointed at the undeserved disparagement of her country, has struck a chord and been viewed more than 1.7 million times. (RELATED STORY: Taiwanese Student Rebuts WHO Chief, Strikes A Chord Among Japanese, Other Asians)

JAPAN Forward spoke to Lin on Skype while she was back in Taiwan, going through quarantine as she had just returned from her studies abroad.

Why did you decide to go abroad to Scotland?

Choosing Scotland was a very interesting decision because Scotland has very deep ties with Taiwan. The first medical schools and workers were brought from Scotland through the missionaries, as well as Japan. Our system is a bit of a mixture of Scottish and Japanese.

Edinburgh has a long history in infectious diseases. Taiwan has a lot of medical workers, but the focus on infectious diseases control is not common. So that is why I chose to go to Scotland instead. I love it! It’s a lovely city, and I love Scottish people and Scottish culture, they are really nice.

What prompted you to post a letter to the director of the WHO?

On April 8, I saw this video of the press conference. I listened to the whole thing to make sure I hadn’t misunderstood him, and I realized that Dr. Tedros had connected Taiwan with racial discrimination. I was utterly shocked when I heard it.

I grew up in Taiwan and believe that embracing diversity and respecting differences is part of what Taiwan has taught us. It’s a very important part in my growth and my identity as well.

It’s important to raise our voice against these false accusations, especially when the whole world has been trying to conquer discrimination, one of the main battles of our generation. I just think it’s not fair of him in his position, during a daily briefing conference representing the head of the WHO, and posting those accusations in public.

I didn’t expect that the video would be influential, but I did believe that it was the right thing to do — to use all sorts of platforms accessible to me. I wanted to raise our [Taiwanese] comments and opinions, and to tell people, at least, that I know [Tedros’ accusations] are not how Taiwan actually is, and counter those accusations.

Why do you think Dr. Tedros moved these accusations against Taiwan?

Obviously, a lot of people have been criticizing him based on his performance and for his comments on how China has been dealing with the outbreak — how he has been overpraising China in a sense.

I don’t know if there are conspiracies behind it, but I do believe there is a connection between his (Dr Tedros’) links with China and his accusations against Taiwan. (RELATED STORY: [Speaking Out] Amid Coronavirus Disaster, China Keeps Bullying Taiwan)

A couple of years ago, another official from the WHO (Bruce Alyward) had this interview with Hong Kong Radio. It was very controversial because he hung up the phone when the journalist asked about Taiwan.

I think there is a lot of controversy with Taiwan being excluded from the WHO. And Taiwan has been doing such a good job in managing this virus. Taiwan is trying to help, but at the same time if countries keep doing what WHO officials have been doing, I think they might see Taiwan as a threat. So I think that might be one of the reasons why he is pointing at Taiwan. (RELATED STORY: INTERVIEW | WHO’s Exclusion of Taiwan Caused Delays in Coronavirus Prevention, Says Vice)

How do you judge the situation in Taiwan compared to the U.K.?

It was unbelievable to see my friends and family [in Taiwan] continue their life without interruption. Most people in Taiwan still go to school and use public transportation. My parents haven’t been working from home.

It was a huge contrast to me, being in the U.K. Both countries were affected, but in one — because of the early deployment — people were able to continue with their lives.

What other policies were implemented on a mass scale in Taiwan?

From the beginning of this outbreak everyone was wearing masks. In East Asian cultures, wearing masks is a very normal thing, we have known how to wear masks correctly ever since we were young kids.

Transparency has been a key factor that the government has been prioritizing. They had already started the daily briefing at the very beginning, when other countries didn’t have that.

Misinformation can still be a huge problem, so the solution has been to use social media and platforms like Line to talk to people and make sure that everyone has the right information and updates. I think that has been an important part of how Taiwan has been containing the virus.

Going back to the video, what has been the reaction so far?

The press conference was the first time Tedros directly pointed at Taiwan, and he connected racial discrimination and Taiwan. It caught a lot of public attention. I think people in general were very disappointed at WHO, and Dr Tedros’ opinion.

Therefore, of course there are different opinions and that is always the case, but most of the people are supportive of my video and I am very grateful for that.

In the international community, I saw their comments from all around the world, a lot of friends and people who I don’t really know, and they were really shocked that Tedros, as director general of the WHO, would say something like that.

Some of them didn’t know about Taiwan before, they were like, “Oh this is actually what is happening!”

Were there any comments that took you by surprise?

I received messages saying that they still might not recognize Taiwan’s independence, but at the same time they don’t agree with what Dr. Tedros has been saying.

It was also a shock for me to find out that I was in the news in Japan. I received several screenshots and emails from my friends and their parents, saying that [my video] went viral in Japan.

There was also this news about the African community being discriminated against in Guangzhou in China released a couple of days after the video. People coming from different countries in Africa actually sent me messages, saying that they didn’t know about this happening in China, and the fact that it wasn’t the fault of Taiwan…. A close friend from Kenya in particular was really shocked.

Specifically about Japan and Taiwan, what did people ask you about?

One of the things that surprised me were comments saying that Japan and Taiwan should work together to create a new organization related to health. I don’t think it’s very practical, but I do think we should be increasing the cooperation in medical care.

Have you received any response from Dr. Tedros?

No, although because people have been tagging the WHO everywhere, I’m pretty sure they have seen it ー if not Tedros himself, then someone managing the WHO account.

But, after that day, he has not mentioned anything about his accusations about Taiwan and racial discrimination.

Both the government and the foreign ministry of Taiwan have responded, so I think instead of moving false accusations towards Taiwan, it makes sense to focus on killing the virus.

Do you have a message to young people?

To young people, I would say that we are very privileged in our generation. Every single one of us is equally important in terms of issues like this. It’s important that we speak up, not be afraid, be a bit more courageous.

Do not ignore things that happen around you, because I think this is what is kind of happening in a lot of countries among the young generation, and people don’t want to engage with social affairs.

To Japanese listeners, I would like to say thank you. I have been very grateful for how Japanese people have been paying attention to the Taiwan-Japanese relationship and how Taiwan has been dealing with this virus.

Tell us more about your future plans.

For the future, I’ve always wanted to work as a Doctor Without Borders [volunteer], and I am interested in humanitarian aid, especially frontline healthcare work. I have also been working with NGOs on different issues, and this is still part of my life. But I am searching for that path.