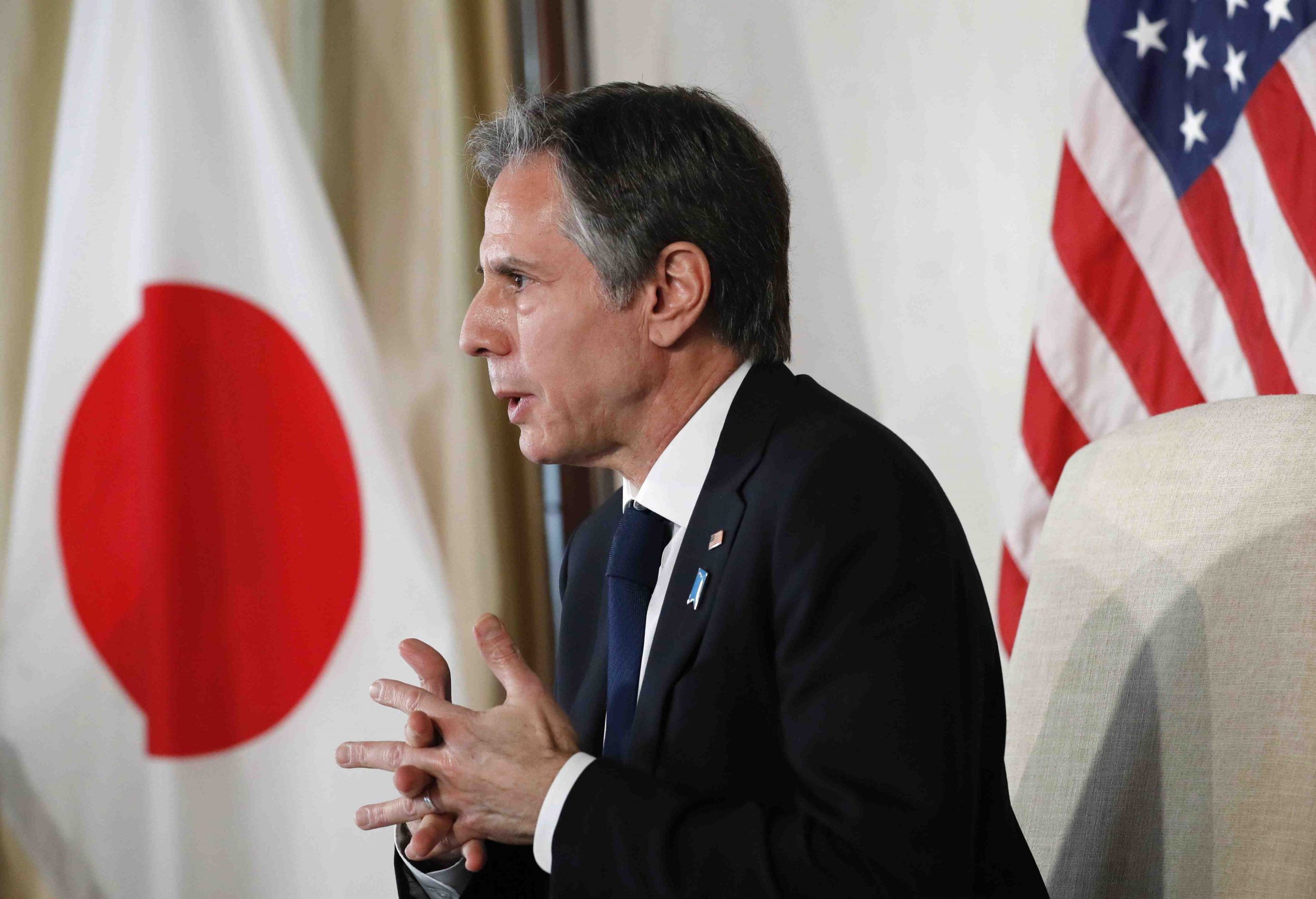 The new United States Secretary of State, Antony Blinken discussed his views on a variety of issues, including the abduction of Japanese citizens by North Korea and the threat China poses to the security environment around the Asian region, in an interview with Japanese journalists during his visit to Tokyo on Wednesday, March 17, 2021.

On the U.S.-China Diplomatic Meeting in Alaska scheduled for Thursday, March 18:

We’ll have an opportunity in just a few days to talk to our counterparts from China. I’m heading off to Anchorage Alaska, after going to Seoul this afternoon. There, with the (Biden administration) National Security advisor Jake Sullivan, I will be meeting with our senior Chinese counterparts.

We look forward to the opportunity to lay out in very clear terms for our Chinese counterparts some of the concerns that we have about the actions they’re taking. And I suspect they’ll have some concerns to share with us, and we’ll hear what they have to say.

On China’s Increasingly Aggressive Behavior, both At Home and Abroad

And also, with regard to Taiwan [China is] raising tensions, not diminishing them. It’s important for us to make clearーtogetherーthat China cannot expect us to allow it to act with impunity when it comes to its actions in these different places.

And of course, it really matters that countries don’t take steps that make the possibility of conflict greater, not lesser. That’s the shared concern [of the U.S. and Japan] with regard to the Senkakus.

We’re joined to Japan. We have a security treaty and Article 5 covers the Senkakus, and so we spent some time talking about that.

As well, of course Japan has real interest in what happens with regard to Taiwan and the Taiwan Straits. I hope that Beijing will reconsider some of the actions that it’s been taking that are just increasing tensions instead of decreasing them.

The initiative that the Quad countries took [on COVID-19 vaccines]ーthe United States, Japan, Australia, Indiaーthis is very significant, because it brings our different and respective talents together. Over time it will make a huge number of vaccines available to more and more people around the world.

Various countries, including China, have been engaged in so-called vaccine diplomacy. And if you look on one level, of course, the more vaccines there are available to more people around the world, the better it is.

I think that’s deeply unfortunate because we shouldn’t tie the distribution or access to vaccines to politics or to geopolitics. This needs to be done by everyone who’s able to do it, because it’s in the overall interest of humanity.

So, I hope that [humanitarian concerns] will be the driving principle that different countries bring as they’re thinking about creating a greater access to vaccines and distributing more vaccines.


On the Issue of Japanese Abducted by North Korea

I’m confident that whatever the outcome of the [foreign policy] review, the abduction issue will remain. I was very moved by the letter [from family members of the abducted Japanese citizens] that I read, and we feel a strong solidarity with Japan and the people of Japan on this issue.

On the Issue of North Korea’s Nuclear Development

We’ve actually had trilateral conversations with Japan and South Korea about North Korea, and we have a strong shared common interest in dealing with the challenge posed by North Korea’s nuclear programs, missile programs, and human rights abuses. So, there’s already been conversations and collaboration.

From my own experience when I was last in government, I spent a lot of time working with my Japanese and South Korean counterparts. And we had found, through the agenda of the trilateral group that we set up that on so many issues, that we had everything in common, and every reason to work together, beyond the DPRK, the Democratic People’s Republic of Korea.

I think all three countries found benefit in that. So at the end of the day, I think that we each will find that it’s in our respective interests to pursue that [trilateral] cooperation, and I’m confident we’ll be able to do that.


(Read the related article in Japanese at this link.)