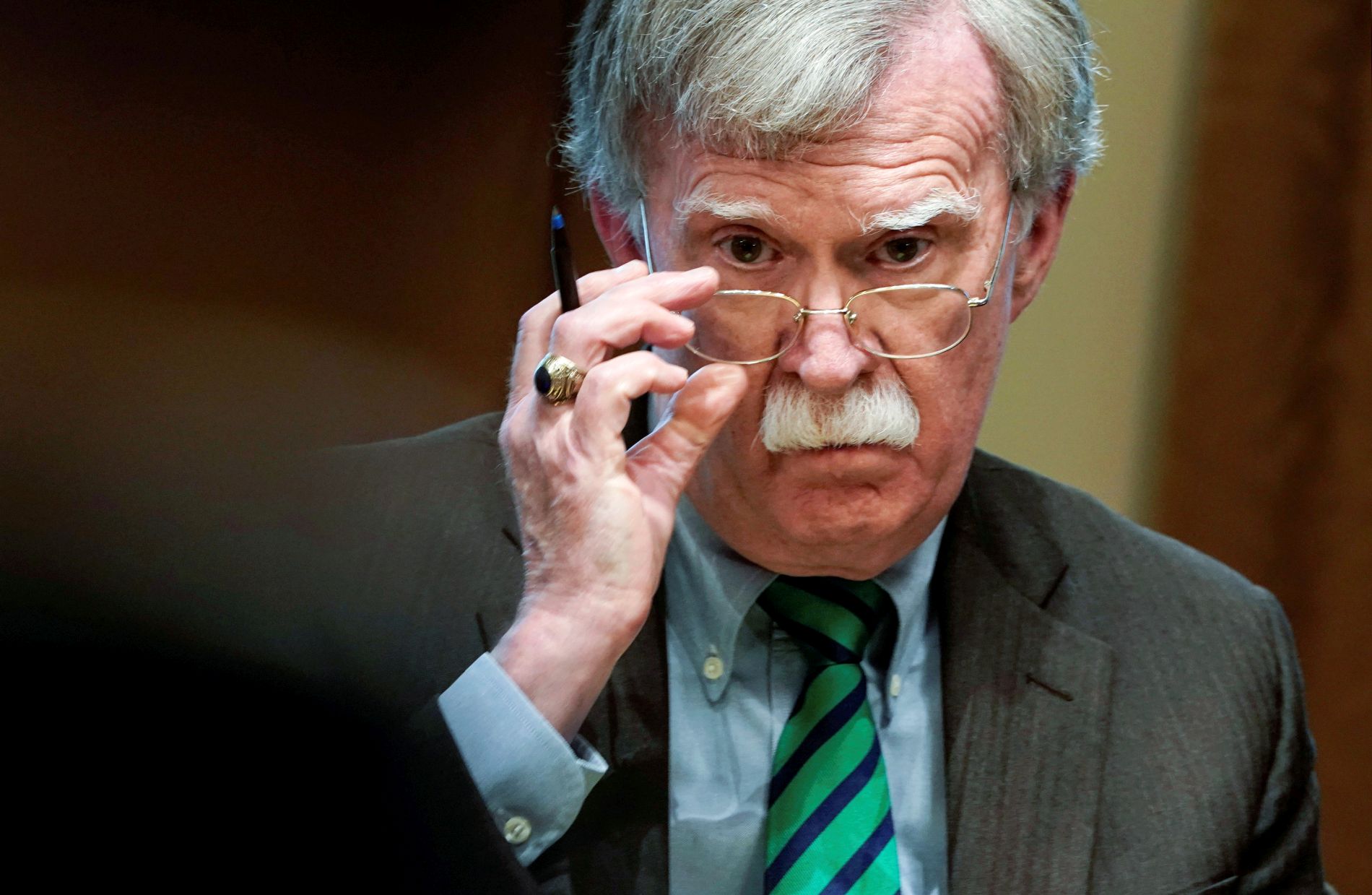 ~On China, on North Korea, it is very important for Prime Minister Suga to bring Japan’s perspective, and I think Biden would listen to it with great respect~

The U.S. presidential election is over, though it promises to be a rocky transition. What impact will the post-election turmoil and change of administrations have on regional security in Asia, and U.S.-Japan relations?

Former United States Ambassador to the United Nations John Bolton, who served as National Security Adviser in the Donald Trump administration, talked about these questions and more in an exclusive interview with Washington bureau chief Yoshinari Kurose for the Sankei Shimbun and JAPAN Forward on November 25.

Mr. Bolton cautioned that China and North Korea could engage in provocations taking advantage of the turmoil in the U.S. transition to power, saying they “may think that with Washington’s attention diverted, they can get away with it. That’s where the danger lies.”

Regarding the upcoming the president-elect’s approach to foreign policy, he said it is expected to be “the same foreign policy as the [Obama] administration” based on Mr. Biden’s choices for Secretary of State and National Security Advisor. At the same time, Bolton added, “The world has changed very dramatically since then. And with respect to China, in particular, it would be very hard to go back to the Obama administration policy.”

He urged PM Suga to meet the incoming president at an early date, to personally convey Japan’s views and concernsーparticularly on such issues as North Koreaーbecause the “strategic patience” doctrine of the former Obama administration, which allowed North Korea to develop nuclear and ballistic missiles, was a “mistake”.

Do the unsettled aspects of the election affect American national security?

Well, it certainly makes it hard for the government, certainly makes it hard for the White House, to concentrate on things that are happening around the world. And, you know, presidential transitions are always periods of vulnerability because there’s a lot of work involved in transferring power. So U.S. adversaries generally try to find ways to take advantage of the confusion that attends any transition.

I think it’s not correct to say that these are massive threats, that China or Russia or even Iran or North Korea will do something dramatic. Instead, what it represents is initiatives in areas that are of lower priority for the U.S., but maybe higher priority for the adversary.

In Asia, for example, North Korea may think that it can engage in missile tests or military exercises. China may think it can do something in the East China Sea, or the South China Sea, or in Southeast Asia, or along the border with India. These are very important to the countries that are involved. But China, North Korea, and as I say, Iran, Russia, Venezuela, Cuba, may think that with Washington’s attention diverted, they can get away with it. That’s where the danger lies.

Will President Trump’s influence continue, for example through Republicans in Congress?

I think that when he leaves office on the 20th of January, the dynamic will change dramatically. I think it’s hard to appreciate that when he’s still President. But the minute he’s no longer President, it’s a very different environment.

What do you expect regarding the Biden administration’s foreign policy?

As he names key officials, you’ve probably heard the speculation that Tony [Anthony] Blinken will be Secretary of State and [Jake] Sullivan will be national security adviser and so on. I think it will look a lot like the Obama administration’s foreign policy, at least that’s what the instinct will be.

But the world has changed very dramatically since then. And with respect to China, in particular, it would be very hard to go back to the Obama administration policy.

I think the sooner the Prime Minister comes to visit, even during the transition if that were possible, but certainly as soon after January the 20th as he can, I think that would be very helpful.

Do you think that Biden will be softer on China, like President Obama, than the hard-line course set by the Trump administration?

I think Biden’s instinct will be to fall back to Obama administration policy, although the whole world knows what China did to cover up the coronavirus pandemic and to spread disinformation and fail to accept responsibility for it. So in the U.S. attitudes on China are much more negative than they were before.

And people have seen what [China does] in terms of stealing intellectual property, and discriminating against foreign companies in China. And the military buildup they’ve engaged in, and their pressure on Taiwan, their pressure in the South China Sea. So I think it’s a very different world than the one that existed with China when Biden was still Vice President.

I think he would be criticized very strongly if he took a soft line on China. But again, that’s why Prime Minister Suga can bring Japan’s perspective, and I think Biden would listen to it with great respect.

Did you meet Mr. Suga during your time in the Trump administration?

Yes. When [President Trump] came for the state visit, Taro Kono, who was then- Defense Minister, and Mr. Suga and I went out and had dinner together. It was just the three of us and a couple staff people. So it was a great opportunity to get to meet Mr. Suga as Chief Cabinet Secretary then. I very much enjoyed it.

What would you expect to happen with North Korea after Biden’s inauguration?

Well, the Obama administration policy really wasn’t very much. It was the “strategic patience” doctrine, which meant that North Korea had eight years to continue making progress on its nuclear and ballistic missile programs.

Now at least Obama didn’t make concessions to North Korea. But by leaving them alone, he gave them the ability to get closer to having deliverable nuclear weapons, because time is always on the side of the proliferator. So I thought that policy was a mistake.

In the campaign, Biden said that Kim Jong Un was a thug and that he wouldn’t meet with him unless there was real progress on the nuclear negotiations. But I think, again, here’s an issue on which Prime Minister Suga can explain a lot of what has happened with North Korea and why Japan is so worried about what might happen. And I think that would be very important for President Biden to hear.

Is there any possibility that Kim Jong Un would conduct a long range ballistic missile test or even nuclear test to see how tough President Biden is on this issue?

Yes. I’m sure you know there’s a lot of speculation about North Korea provoking some kind of crisis with the new president to see what he does. I think it would be a mistake for them to do that, but it’s not like North Korea ever takes my advice, so it’s certainly possible that they would.

I think Biden is in a very difficult position. It does not look like the Democrats will control both houses of Congress, so if the Republicans win these elections in Georgia, they’ll have a majority in the Senate. And the split in the House is going to be very, very close. The Democratic margin is very narrow.

So the 2022 election is closer than people think. Republicans could get control of the House. So I think Biden has to take Republican views on foreign policy very seriously and I think the party is still taking the hard line on North Korea.

(Find an original article based on this interview here, in Japanese.)