INTERVIEW | Witnessing History Through the Eyes a Female Islamic Scholar 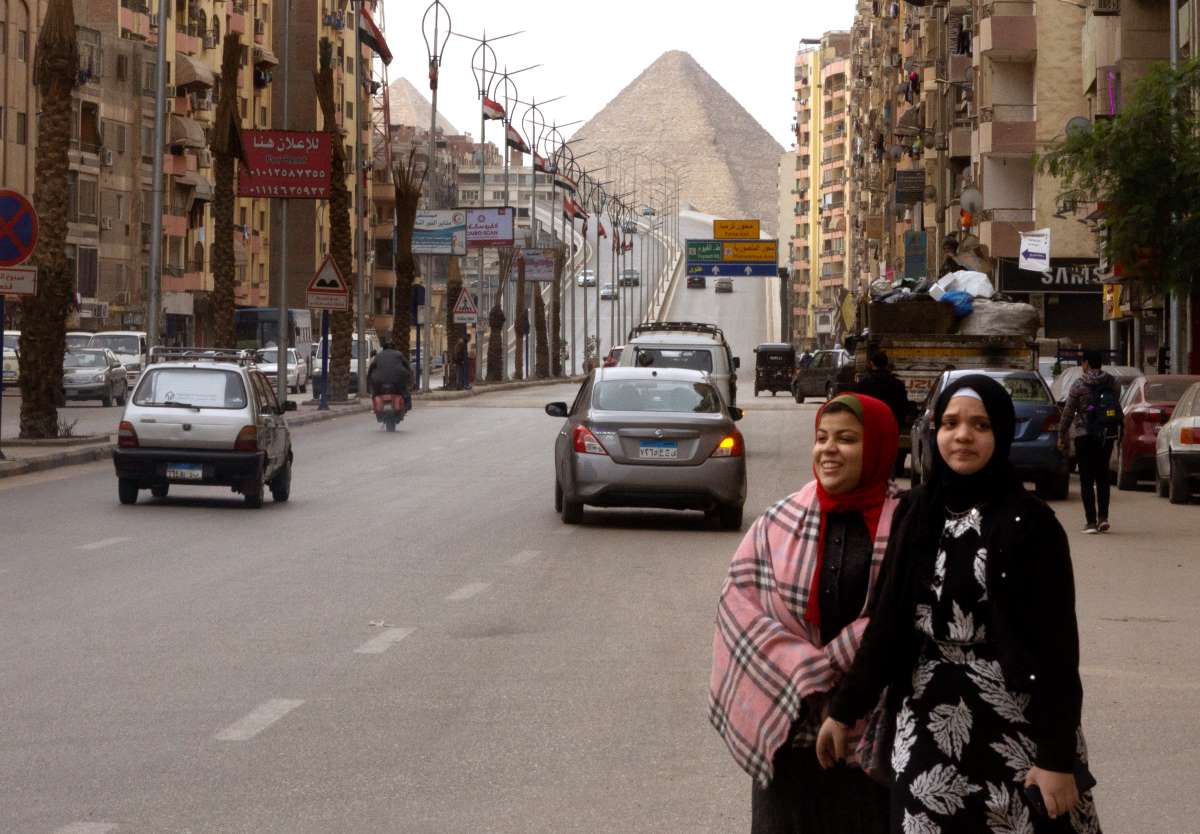 Egyptian women wait for a bus at a station near the historical site of Giza Pyramids in Cairo, Egypt, Friday, Jan. 14, 2022. (AP Photo/Amr Nabil)

Unlike its American ally, Japan has a generally positive history of relations with Muslim countries, and its connections with Islam are not fraught with the history of conflict between Islamic and Western forces. By the same measure, though, most people in Japan have little knowledge of Islam.

JAPAN Forward recently sat down with Dr. Akari Iiyama, one of the top scholars and public commentators on Muslim affairs in Japan. In the interview the fluent Arabic speaker further explained the complex relationship between Japan and the Muslim world.

Your new book, Under the Egyptian Sky, is an engrossing tale of your time working in the Middle East. You certainly seem to have encountered a great deal of negativity due to your sex and also to the fact that you are not a Muslim and come from a foreign land. But you also write of your fascination with Egypt and other Muslim countries, and of the friendships you formed there. Please tell us how you ended up in Egypt and what you experienced.

I went to Egypt in 2011, right at the beginning of the Arab Spring. As you will recall, the Arab Spring started with protests in Tunisia which built on long-simmering dissatisfaction with the Tunisian government. In December of 2010, a street vendor set himself on fire in Tunisia in desperation after the government took away his means of livelihood. This was the spark in the powder keg. Egypt quickly boiled over into a revolutionary fervor, too.

I witnessed the Arab Spring with my own eyes. What I saw was vastly different from what was reported in Japan or in the West. Many in America, for example, see the Arab Spring in Egypt as a people’s revolution, against the long-reigning, American-supported dictator Hosni Mubarak, later thwarted by a military coup.

Japan, too, has little understanding of the political and populist situation in Egypt at the time.

The reality was that the Egyptian people rose up in a surge of patriotism and carried out two revolutions, not one. The first was against Mubarak. The second was against Mohamed Morsi, the Muslim Brotherhood-backed candidate whom Egyptians elected after Mubarak was ousted. In 2014, Abdel Fattah el-Sisi was elected president, and re-elected four years later. This was all a victory for Egyptian patriotism, very different from how it was covered in the West and Japan.

You write in Under the Egyptian Sky that you encountered some Egyptians with much less of a patriotic sense than the average man or woman in Tahrir Square in Cairo during the Arab Spring.

One interview I will never forget was with a man who was a fanatic about the Islamic State (IS). This man was Egyptian, but told me that, as a Muslim, he wanted to blow up the pyramids and the Sphinx, because they were symbols of a pagan culture. He had also taken part in blowing up the two ancient rock carvings in Afghanistan known as the Buddhas of Bamiyan. He seemed to have great hatred for Egypt, and this clearly made others uncomfortable, even — especially — those who were devout Egyptian Muslims.

My witness to Egyptian history taught me that patriotism and religious devotion complement one another in the Middle East, and that the urge among radicals and extremists to restore the caliphate, as with the jihadist I met who supported IS, is alien to most Muslims.

This same man refused to speak to me directly, by the way. I went to our interview without a full body covering. He looked at me, said I was “‘awrah,” a word related to the nakedness of genitalia meaning something like “shamefully exposed” and demanded that I sit in the back of the room.

One of the things that strikes me is that the Japanese scholars of Islam you mention in your books are almost all male. Many of them have adopted Muslim dress and habits, and defend, even justify, violence carried out by Muslims. But as you write in your books and columns, Islam looks very different from a woman’s perspective. And you are one of very few women in Japan who are expert on Islam.

There are women researchers in the world of Middle Eastern studies in Japan. However, while pretending to be close to Muslim women, they defend the Iranian Islamic regime, which forces Muslim women to wear the hijab, and Hamas, which also forces women to blow themselves up and become martyrs.

In Japan, we sometimes see women wearing these coverings, especially in areas of Tokyo with a high concentration of immigrants.

What many don’t seem to understand is that these kinds of coverings for females, while suggested by the Muslim scriptures, the Quran, are not required. In the 1950s and 60s, many Muslim countries moved away from the strict interpretation of Islam, and women became much freer to dress as they pleased. In Afghanistan, Iran, and Egypt, among other places, women were wearing dresses and heeled shoes, and styling their hair in the latest fashions.

Today, however, the trend is in the opposite direction. Women are losing their freedom. I write in my books about the Egyptian filmmaker Youssef Chahine, who coined the term “black wave” to describe the return—inspired by rising fundamentalism in some Muslim countries—to all-black body coverings for women.

In Iran, women are frequently imprisoned for refusing to wear a headscarf. Many women in other Muslim countries also secretly dislike having to cover themselves in this way.

The Quran places men above women in many contexts. I think many women in Japan would be shocked to learn that this is the norm in many Muslim countries — and that male scholars of Islam in Japan apparently endorse this view.

It is not always easy to speak forthrightly about sensitive topics like this. Have you had any negative reactions to your assessments?

When I have spoken out against aspects of Islam such as the status of women in some Muslim countries, I have been accused of hate speech. But the facts are the facts. Women in Muslim countries are very often presented with impossible dilemmas such as these, between religious and social pressures on the one hand, and their own desires and sense of worth on the other.

Lara Logan, the reporter famous in the United States, was repeatedly raped while covering the Arab Spring. She has bravely told the world what happened, and also been branded anti-Muslim for telling the truth. I respect her tremendously. The truth is that Islam, in many ways, is hostile to women.

People in Japan, especially Japanese women, must understand the reality. We must not rely only on male Japanese scholars of Islam for our information.


Navigating the Future of Islam in Japan

You have written, and argued in public appearances, that Japan must be prepared to use the rule of law to cope with the gradual increase in Muslim residents in the country. What do you mean by this?

Muslims often live by a separate law called sharia law. Sharia law can be sharply at odds with national laws, especially in places like Japan or the United States. For example, some Muslims practice female genital mutilation, which the vast majority of Americans and Japanese find abhorrent.

When there are conflicts like this between Japanese law and custom and Muslim practice, Japan must strictly enforce the Japanese laws and the Japanese way. We must protect Japanese women and make it clear that Muslim residents will be expected to adapt to the rule of law here.

Assimilation is not always Islam’s strong suit. In the case of Japan, there is a growing problem of Muslims demanding that cemeteries be built for burial in the ground, leading to conflicts with local residents.

In Japan, burial in the ground is not illegal. However, many Japanese people have a physiological aversion to it. If these problems increase, the dislike of Muslims may increase. This is unfortunate for both the Japanese and the Muslims.

As I have said many times, I love Egypt, I love my Muslim friends, I am grateful for the experiences I had in Muslim countries. Japanese and Muslim people can live in harmony. But in Japan, Japanese culture must be respected and preserved.

Read other essays and interviews by Dr Jason Morgan at this link.