The Inconvenient Truth About Afghanistan 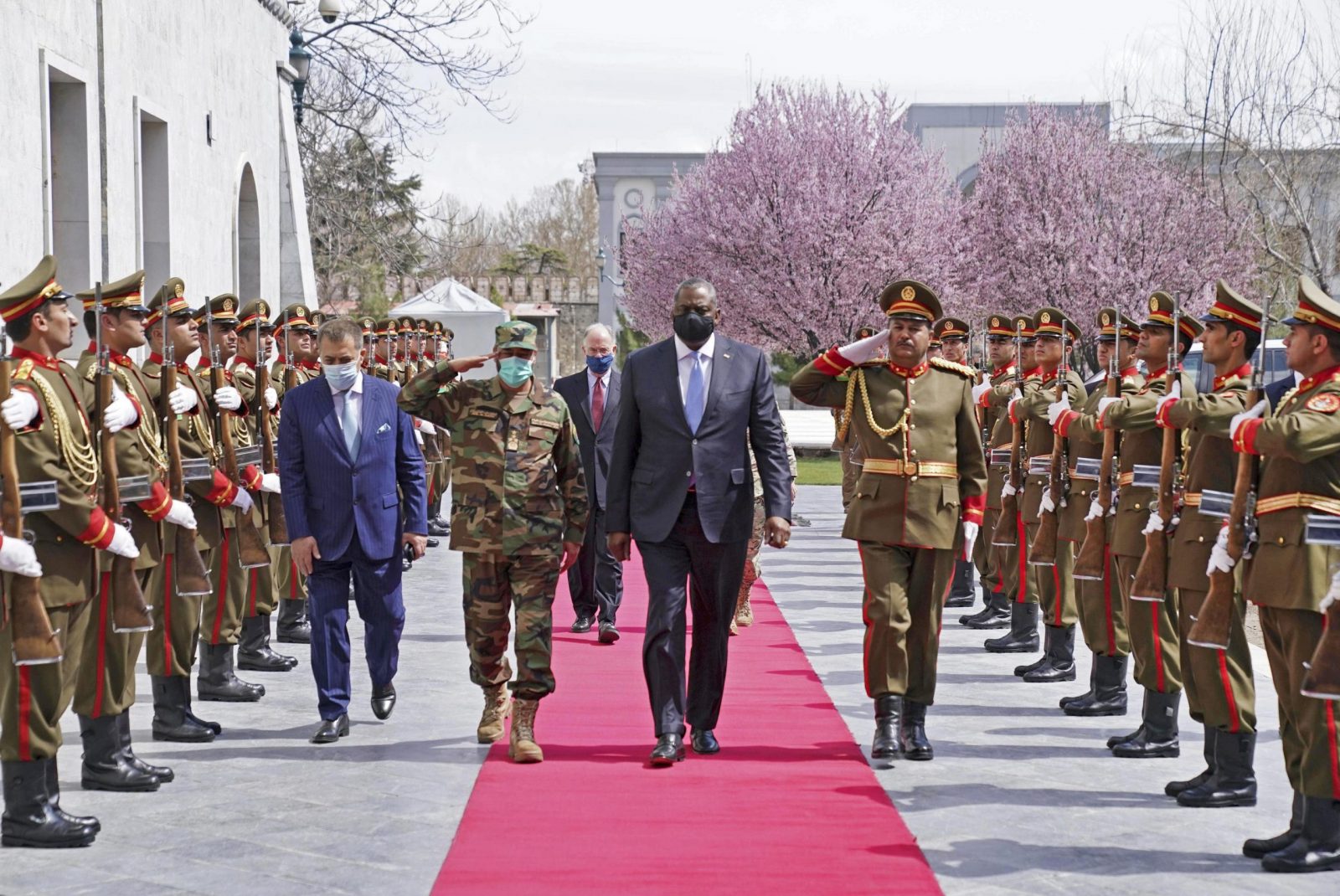 U.S. Secretary of Defense Lloyd J. Austin, before the U.S. withdrawal and swift fall of the Afghanistan government to the Taliban.

On August 15, the Islamic extremist group Taliban seized almost complete control of the Afghan capital of Kabul and took the entire country into their grasp.

A peculiar, steady trend in the coverage of this issue by the Japanese media became apparent: they all pointed fingers at the United States as the one to blame.

According to The Nihon Keizai Shimbun’s analysis in its August 16 article “20 Years of U.S. Intervention: The Limits of ‘Rule by Force’ as Taliban Declare End of War,” the U.S. “rule by force” and “attempts at nation-building” failed because “ordinary Afghan people were unable to experience the fruits of growth because they were devoting all their time to fighting terrorism.”

Since the purpose of the U.S. invasion of Afghanistan 20 years ago had been to fight terrorism in the first place, it’s unreasonable to criticize the United States for devoting all its time to fighting terrorism. It’s also difficult to imagine the Afghan people experiencing “the fruits of growth” in an environment where terrorism is left unchecked.

In fact, the U.S. military had once successfully brought down the Taliban regime. The United States is not solely to blame for the fact that Afghanistan did not develop an army capable of defeating the Taliban or that democracy failed to take root.

It’s hardly surprising that critics are using the situation in Afghanistan to promote anti-U.S. ideology. They fail to take into account the problems inherent in Afghanistan: the Taliban’s domination of the entire country through violence, the Afghan government forces which fled in defeat without any intention of fighting the Taliban, the corruption of the Afghan government, and the Afghan president who fled the country.

Is ‘The Asahi Shimbun’ Correct About ‘U.S. responsibility’?

The Asahi Shimbun published an editorial in its August 17 morning newspaper titled “Afghanistan and the United States: What Was the Point of its Longest War?”

The editorial argues that “the United States bears a heavy responsibility” and continues to criticize as thus:

The root causes of terrorism are conflicts, inequality, and poverty that spread throughout the region, and a safe world cannot be built unless failed states are prevented. The United States is now exhausted as a result of not applying the lessons it should have learned from the September 11 attacks but instead continuing to act in ways that overemphasize the military dimension.

However, it is first and foremost the Afghans themselves who should bear the responsibility for Afghanistan. The Taliban do not perceive their armed attacks as “terrorism” but as bold acts of jihad according to God’s command to rule under Islamic law.

The fact that the Taliban were able to conquer Kabul with little resistance suggests that attempting a “soft landing” by establishing a transitional government with the Taliban will prove difficult. If the Taliban establishes an independent government and enforces rule by Islamic law, the rights and freedoms that Afghan women gradually acquired over the past 20 years are likely to be lost at once and completely.

The Taliban seizure of Afghanistan did not happen all at once. They have taken control of various parts of the country while ruling under Islamic law. According to a June 2020 report by Human Rights Watch, an international human rights NGO, basic human rights are severely undermined by Islamic legal control under Taliban rule. Girls who have developed secondary sexual characteristics are forbidden to attend school, while women are required to wear a burqa to cover their entire body and be accompanied by a male relative when going outside their homes, and are forbidden from working or receiving medical treatment from male doctors.

Now, Afghanistan is in danger of this situation spreading throughout the country.

The Japanese people, who provided roughly $6.8 billion USD (￥750 billion JPY) in aid for the reconstruction effort in Afghanistan over the past 20 years, need to take this bleak outlook to heart.

This piling of blame on the United States by the media and journalists only serves as self-gratification instead of informing the Japanese public about the current reality or the future prospects of Afghanistan, and does not deserve to be called proper journalism.

The Poorly Understood Nature of Rule Under Islamic Law

There is another problem with the Japanese media’s coverage of Afghanistan. They apparently do not understand an essential issue regarding the values of the Afghans, namely that they are completely different from the modern values of the West.

Most Afghans are devout Muslims, and being a devout Muslim generally means placing the greatest value on leading a life according to the words of the Quran, which is believed to be the word of God.

A 2013 survey conducted by the U.S.-based Pew Research Center showed that, when asked whether they “favor or oppose making Sharia the law of the land,” 99% of Muslims in Afghanistan chose “favor.”

A Muslim would hesitate to choose “oppose” considering that the Quran (5:44) says, “And whoever does not judge by what Allah has revealed (Islamic Law), then it is those who are the disbelievers.”

But even taking this into account, the high rate of support for Islamic rule of law among Afghans is noteworthy when compared to those of other Muslim-majority countries, such as 74% in Egypt and the 72% rate in Indonesia. Moreover, the survey was conducted after the fall of the Taliban regime caused by the U.S. military invasion.

Ruling under Islamic law means that God’s command is the absolute value, and modern values devised by man are discarded as insignificant. While the U.S. authorities failed to fully grasp the depth of the chasm between those Islamic values and modern ones, the Japanese media, which smugly and stubbornly blames the United States for the Taliban’s suppression of Afghanistan, are guilty of the same mistake.

The Afghans cannot be compelled to change their values, which are based on the absolute command of God ー not by force and not by money. Change is only possible when people who believe in the necessity of working towards reconciling Islamic values with modern values such as freedom, human rights, and democracy emerge from among the Afghans themselves.