Serious About the Defense of Japan: More Details, Please 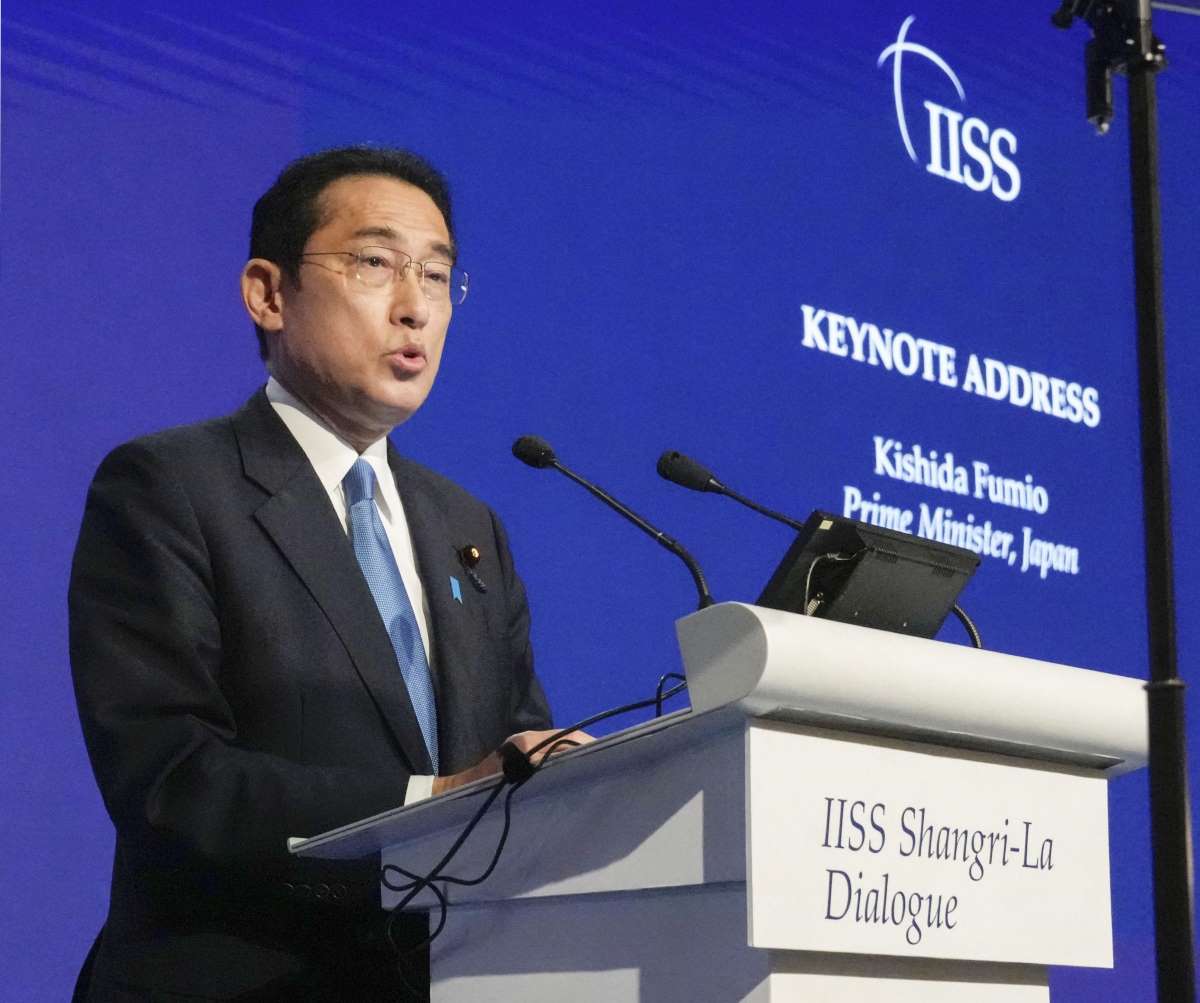 It seems like there is a sea change in Tokyo’s lackadaisical, “overly reliant on the Americans” approach to national defense.

Japanese Prime Minister Fumio Kishida has said he will double defense spending (maybe within five years) and also “fundamentally reinforce” Japan’s overall defense.   Other Japanese politicians and officials have echoed this and the public appears to be on board as well.

However, Prime Minister Kishida has yet to provide specifics about how the extra defense money will be spent and more importantly, how Japan’s defense will be “fundamentally strengthened.”

Still missing in action is a well-considered plan based on a proper threat assessment, that lays out what Japan needs, and needs to do to defend itself.  And as importantly, it should include a road map and timetable for bringing it to fruition quickly – and not a decade or two from now.

Prompted by the Chinese threat, Tokyo is revising ahead of schedule three key defense documents – National Security Strategy, National Defense Program Guidelines, and Medium Term Defense Program.  These will be completed by the end of 2022.

One American with many years of direct involvement in the US-Japan defense alliance commented:

(The comments are) certainly progress of some sort but I’ll withhold final judgment until after we see what they (Japan) program into the new Mid-Term Defense Program. I read Kishida’s remarks.  More sidling up to the problem tangentially…more of the same “we will endeavor to persevere, strengthen the Alliance, double dog try” etc.

If Alliance “improvement” was directly related to the number of promises to “strengthen” it, the People’s Republic of China would have apologized and stood down the PLA by now. Sorry, just a little tired of “Lucy” (Japan) pulling that football away at the last moment.

He has a point.

These reports are usually well written and accurately describe the dangers facing the nation. However, they tend to only propose incremental changes that tinker with the Japan Self-Defense Force’s (JSDF) existing structure and capabilities – rather than directing radical changes needed for Japan to fight an actual war.

They are also “hardware” focused. Just buy or build enough of this and that and Japan’s defense problems are solved.

A retired Japanese defense official recently remarked to this writer that Japan’s approach to defense is like “online shopping.”  You see something that looks cool and you click “buy” — without much sense of how you’ll use it, much less use it effectively, or if you really need it.

This quirk was on display recently when Japan announced it will acquire and place 1,000 cruise missiles onto the Ryukyu Island chain – also known as the Nansei Shoto. These islands extend 700 miles from Japan’s southernmost main island, Kyushu, almost to Taiwan and are adjacent to the Senkaku Islands that China is trying to pry loose from Japanese control.

Hopefully, somebody has also thought about how the sensing, targeting, and command and control will work.

And does it include all three JSDF services? You see, JSDF joint capabilities are lacking – so that when it comes to Nansei Shoto defense, each service typically has done whatever it thinks best.

So installing 1000 missiles is nice. But it would be better if JSDF established a joint operational headquarters – say, “Joint Task Force Nansei Shoto” - to defend the region, with the missiles being one part of a coordinated multi-service effort.

And hopefully the Americans are being brought in – not least so they don’t get shot by accident. But even better would be to meld US surveillance and targeting networks and long-range weaponry with JSDF resources.

You can see where this is going: make the entire defense of the Nansei Shoto a combined Japanese-US effort. It’s deadlier to an enemy, and consider the political effects of Japan and America (and maybe other free nations) combining resources – and also being able to reach over and cover Taiwan.

Don't forget:  Capabilities are as important as hardware.

Getting Ready for War

Despite recognizing the China threat and the changed mindsets – and being ready to go on a spending spree, Japan doesn’t appear to know what it needs to get ready for a war.

This includes necessary organization, capabilities, hardware, war stocks, logistics, and even handling casualties. And, except for the Japanese and US navies, the ability of the JSDF and American forces to operate together is limited.

The reasons for this are another story – but it also doesn’t matter.

What Needs to be Done?

Getting ready to fight a war requires specialized expertise – not a degree in international relations or having passed the Foreign Service Exam.

Ideally, the right Japanese will sit down with the right Americans and, working off a common threat assessment, sort things out. This requires people who understand the specific threats facing Japan and the “nuts and bolts” details of what you need to fight a war and how you fight it – either alone or with allies.

Ignore the consulting companies and the think tanks.  Instead, bring in war planners (active and/or retired) from the US side – and include some functional experts (some of whom might unavoidably be affiliated with think tanks).

War planners are unsung professionals who get little attention, but they write the symphonic score that lays out how you’ll fight – and what you need.

With a few exceptions, exclude anyone who has ever been known as an “alliance manager.” It’s a different skill set. The exceptions will know who they are.

US and Japanese officials have frequently discussed respective “roles and missions” for the defense of Japan over the years. Given the current state of affairs, it does not appear they ever invited any war planners to the talks.

Japan’s politicians often seem to have a rather thin understanding of defense – and what Japan needs to defend itself. And even some Japanese defense ministers would have had a hard time passing a multiple choice test on defense.

As for the politicians, many are keenly interested in the subject, but have little opportunity to learn. Why so?  They have tiny staffs ー compared to US Representatives and Senators who will often have a military affairs expert or two on the payroll. (Of course, the Americans sometimes seem to have too many experts.)

Japanese bureaucrats, particularly in the Ministry of Defense, Ministry of Foreign Affairs, and Ministry of Finance have been glad to keep the Diet members uninformed – even though a few of the elite bureaucrats could use some remedial study themselves.

Several retired senior Japanese officials have suggested USINDOPACOM develop a serious educational program for Japanese politicians and officials who want to learn about defense – beyond the existing superficial, feel-good briefings (“relationship never been stronger”, “in lock step”, etc.) given to Japanese visitors to Hawaii and Washington, DC.

This is worth considering.


Using the Opportunity to Get Serious

The current situation – as troubling as it is – should be regarded as a timely opportunity for the Japanese and the Americans to solve a mutual problem – and to meet a mutual need.

Japan by itself has dim prospects against the People’s Republic of China – and must have American military support. But less often considered is that the United States absolutely needs a capable Japan Self-Defense Force if it wishes to preserve freedom in the Asia-Pacific.

It’s long past time for both sides to get serious.