Is Abe Playing with Fire by Cozying Up to Beijing? 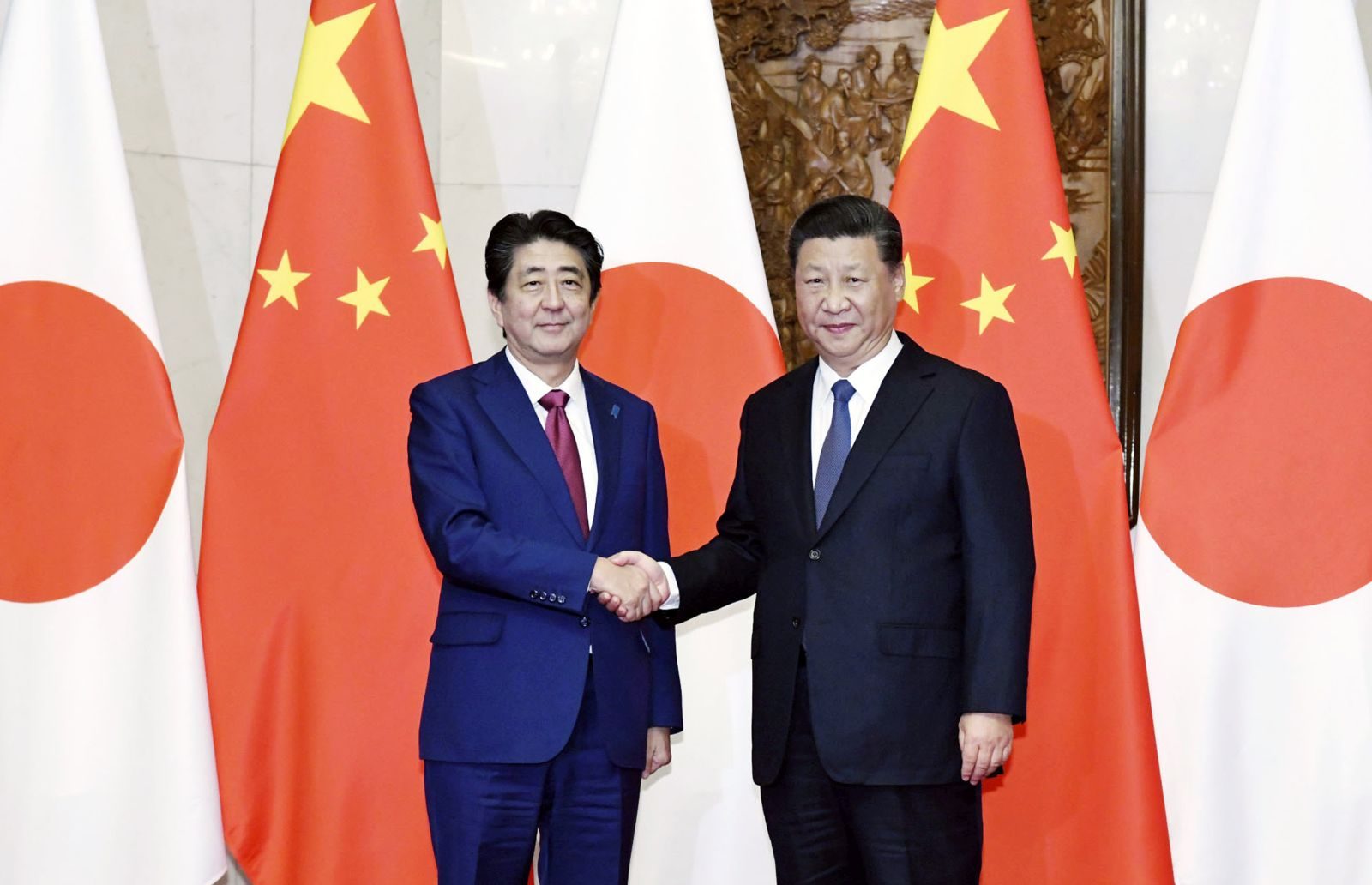 His recent stance on China appears to be diametrically opposed to the supra-partisan consensus of opinion towards Beijing in the United States, an ally which the Prime Minister himself has described as the cornerstone of Japan’s national security. It might also be seen as a rejection of the China policies of the Trump administration.

In his general policy speech to the Diet on October 4, Abe emphasized that he wanted “to expand interchanges with China at all levels.” That, despite the fact that at this very time Washington, D.C., is seeking to contain Beijing’s thuggish actions abroad by unprecedented downscaling of interactions with China in various areas.

However, aside from comparisons with the United States, Abe’s statements are in many ways hard to accept. They might in fact be considered merely an elaboration of the policy speech he made this January in which he said, “Japan-China relations are back on a completely normal track.”

Yet even now armed Chinese vessels regularly continue to intrude into Japanese territorial waters around the Senkaku Islands, and China even displays a posture of being prepared to take these islands by force. How then can this bilateral relationship be characterized as “normal”? (RELATED ARTICLES: China’s Coercive Posturing in the Senkakus: A Quest for Dominance | China’s Coercive Posturing in the Senkakus: Waiting for A Radical Turn)

China is bitterly opposed to the Japan-U.S. alliance and seeks to derail all bilateral defense cooperation, including a missile defense system for Japan. At the same time, the military threat that Beijing’s own buildup of its armed forces poses to Japan is crystal clear.

Domestically, the Chinese government has for years pushed “anti-Japan” education policies that remain focused solely on wartime “atrocities” carried out by the Japanese military in China. The regime of President Xi Jinping has elevated ceremonies marking historical incidents linked to Japanese “aggression,” such as the Marco Polo Bridge Incident and the Nanjing Incident, to the highest level of state ritual.

Within China, Japanese companies continue to be impacted by a lack of transparency in business practices that the United States has been harshly condemning. This is evidenced by the blatant failure to protect foreign intellectual property and the manner in which foreign joint ventures with Chinese entities are mistreated.

Then there is the glaring recent suppression of human rights in Xinjiang and Hong Kong. China’s actual actions stand in stark contrast to the impassioned plea for respect for human rights in Abe’s speeches.

How then can a bilateral relationship with such bad actors be called “normal”?

Xi Jinping’s government recently began to display “smile diplomacy” vis-à-vis Japan. Domestically, too, it has toned down some of the anti-Japan rhetoric and behavior. With the Trump administration outrightly confronting China for a wholesale settlement of outstanding issues, China is eager to reduce confrontation with Japan.

This is obviously a tactic to create daylight between Tokyo and Washington, D.C. The proof is in the fact that China continues unabated to pursue core policies that treat Japan as an enemy, as I noted above.

The U.S. government has identified China as a dangerous rival bent on destroying the existing U.S.-led international order. And in response it is in fact advocating a strategy of “from cooperation to competition.”

Washington is also giving the “one belt, one road” the cold shoulder, viewing it as nothing more than a concrete expression of Xi Jinping’s hegemonic ambitions.

In October the Trump administration announced that it would refuse to grant U.S. visas to high officials in the Chinese government who had been involved in the ongoing oppression of the Uyghurs in Xinjiang Province. Thus, the Americans are headed in the opposite direction from the “expanded cooperation” the Abe administration wants.

One such voice is Christian Whiton, who, as a political appointee, served as a senior advisor for strategic communications at the U.S. State Department during the early days of the Trump administration. There he offered advice on public diplomacy, media, and East Asia issues.

In a recent article he warned about the path Japan is on, arguing that Japan’s cozying up to Beijing even as the United States is going all out in its attempts to contain China’s reckless expansion is doing grave damage to the U.S.-Japan alliance, as well as the Trump administration.

Whiton, who is now Senior Fellow for Strategy and Trade at the Center for the National Interest in Washington, D.C., cautions that, unless Tokyo changes direction, in a worse-case scenario “President Trump will no longer consider Abe his friend.” The United States then might even raise tariffs on Japanese motor vehicles.

Associate Correspondent in Washington, D.C. for The Sankei Shimbun