Calls in the government and the media to participate in the One Belt, One Road (OBOR) expansionist economic project being promoted by Chinese President Xi Jinping are bubbling to the surface once again. Beijing continues its sweet-talk, but isn’t it just promoting a trip down the primrose path?

Mr. Xi proposed the OBOR in November 2014. It is a grand plan to create an infrastructure network across the Eurasian continent, joining east and south Asia, the Middle East, East Africa, and the European coast with major Chinese cities such as Beijing. Local projects in the OBOR region are carried out under Chinese supervision. China is also organizing project funding through the Asian Infrastructure Investment Bank (AIIB), an institution it established in Beijing in December 2015.

Many countries from Asia, the Middle East, and Europe—including Russia—participate in both the OBOR and AIIB. Among the developed countries, however, Japan and the United States have continued to observe cautiously.

However, voices from within Japan—including industry, the ruling and opposition parties, media outlets such as the Nikkei and Asahi—all cry, “Don’t miss the bus!” They implore Prime Minister Shinzo Abe to move toward active participation. Abe, while also skeptical of the AIIB, has recently shifted his approach on the OBOR, announcing intentions to “cooperate extensively.”

Liberal Democratic Party secretary general Toshihiro Nikai discussed concrete measures for Japan-China cooperation on the OBOR project during regular talks at the Japan-China Political Parties Exchange Meeting held in the end of 2017 in China. The talks included representatives of the Chinese Communist Party, the LDP, and the Komeito—the coalition party.

The issue of participation in the OBOR looks set to become a major theme in Chinese diplomacy ahead of this year’s 40-year anniversary of the Treaty of Peace and Friendship between Japan and the People's Republic of China. The notion that the OBOR and AIIB are part of communist China’s aggressive expansionist policy, however, just cannot be cast off.

This graph illustrates the contracts and implementation status of Chinese government-lead projects in OBOR countries and regions as of December 2017. It includes the trend and total figures of direct investment by state-owned enterprises. The number of new contracts is steadily growing, accounting for approximately half of China's overseas cooperation projects, and reflecting the enthusiasm of the Xi administration.

Meanwhile, the figures illustrating the status of project implementation and completion show slow growth. Standard and rates of growth of direct investments, which illustrate the entry of Chinese corporations into the OBOR project, are very sluggish. One can see the Sisyphean nature of Xi’s decree: the forces of implementation—the state-owned corporations—are significantly reducing their investment.

The reason behind this trend is Beijing’s capital outflow regulations. China’s capital outflow is the largest in the world is at over US$3 trillion. Yet, it is much less than the level of its foreign debt. There is concern that the bursting of China’s real estate bubble and rising U.S. interest rates could prompt a massive capital outflow. And, if investment regulations are loosened, foreign reserves could hit rock bottom. Beijing can no longer afford to let foreign investment by Chinese companies run wild. The money will come to a halt, and so will the progress of the project.

Meanwhile, the AIIB, which is supposed to function as the piggy bank for the OBOR, has closed half of its branches due to foreign currency procurement difficulties. Beijing’s overtures to European and U.S. financial markets were a success, with the AIIB receiving a top-level credit-rating in line with that of the Asian Development Bank. However, there are few foreign investors who willingly choose to buy AIIB-issued bonds.

The struggling Xi administration undoubtedly desires the participation of the world’s largest foreign moneylender country, Japan, in the AIIB and the OBOR project. Japan’s participation would make it easier to secure funds for and carry out new project contracts. In exchange, a portion of the contracts would become joint Japan-China development projects.

We must not be deceived by this.

The path of China-led investment is lined with corpses. When Xi came to power in 2012, for example, he rapidly increased economic cooperation projects in oil-producing Venezuela. The Venezuelan economy slumped, however, and in 2016 the real economic growth rate dropped to minus 16%. While domestic political unrest is seen as the main factor behind Venezuela’s economic collapse, Chinese investment practices are implicated in the political corruption behind it. 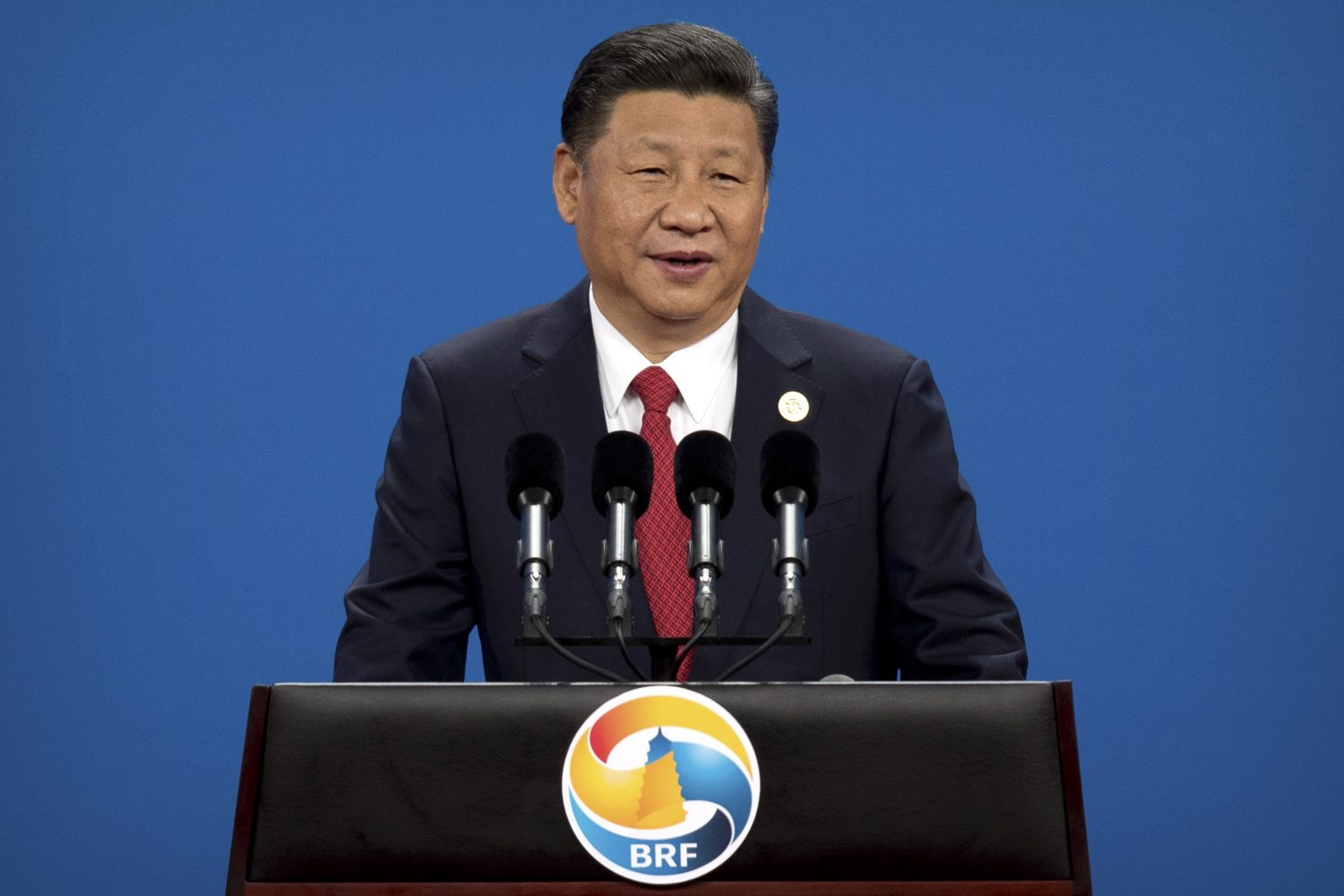 Civil war and political instability have also continued in Sudan and Zimbabwe, where Chinese investments are concentrated. In Southeast Asia, which shares a border with China, “Chinese-ification” is rapidly progressing. There is marked devastation in the border regions of Laos and Myanmar as casinos and resorts, long occupied by Chinese capital, have become deserted ghost towns. China is aggressively exporting to Cambodia, which is suffering from accumulated debt and being forced to rely upon disorderly investment from China.

In October, U.S. Secretary of State Rex Tillerson warned: “The majority of countries accepting loans from China are being saddled with enormous levels of debt. Financing is structured in such way that there are very subtle triggers which result in financial default.”

In November, Japanese Finance Minister Taro Aso also likened the AIIB to “loan sharks.” Participating in the OBOR and AIIB is like going to sea in a boat of made of mud.