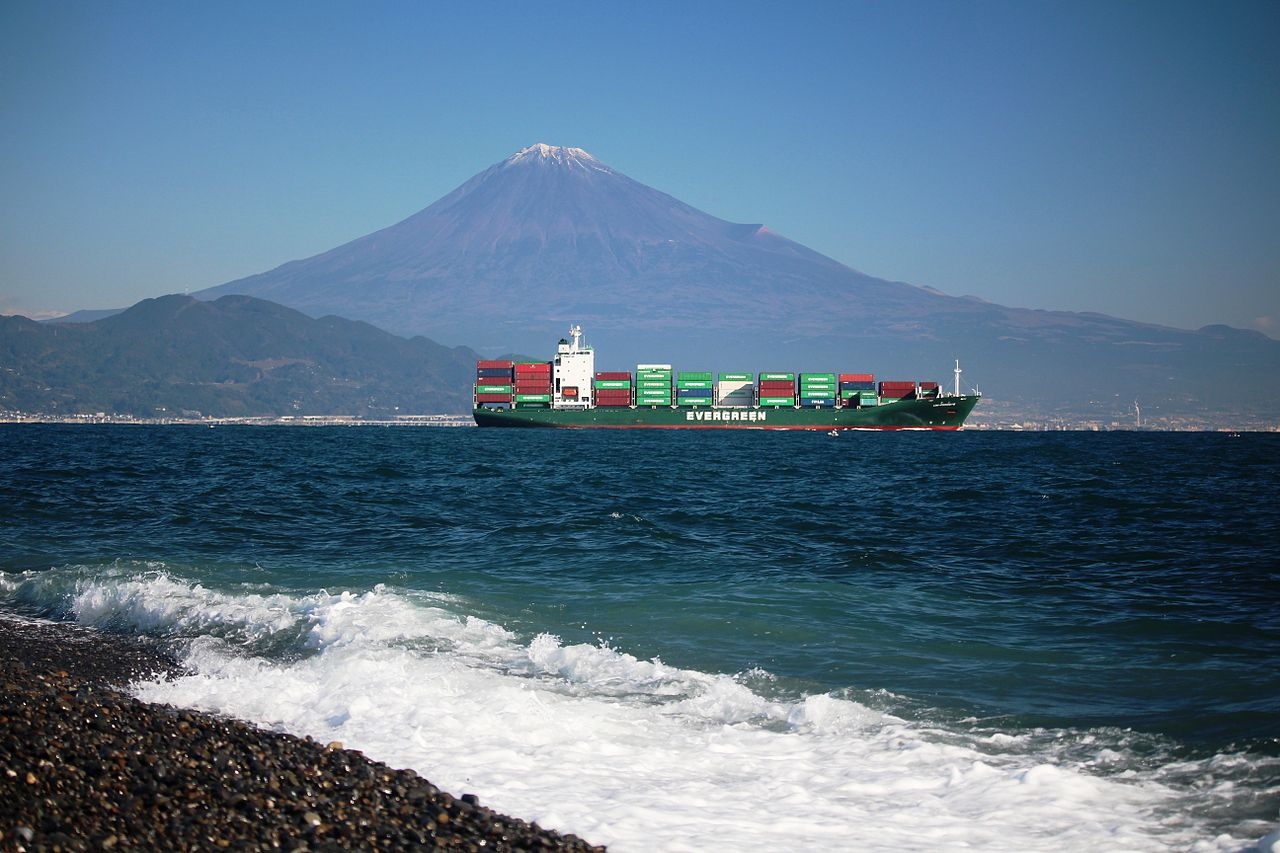 An Evergreen container ship with international cargo off Shizuoka Prefecture, Mount Fuji in the background (via Wikimedia Commons)

The historical roots of Japan’s presence and involvement in the Indian Ocean Region (IOR) go far back to the 16th century. But Japan's story in the region really gained impetus from the 17th century, with the travels of a prominent Japanese adventurer, writer and merchant named Tokubei Tenjiku (1612–1692).

A trading company in Kyoto hired Tokubei to pursue commercial opportunities in the region. As part of this vocation, Tokubei sailed to Siam (Thailand) and subsequently to India in 1626 aboard a Red Seal ship. The route took him via China, Vietnam and Malacca.

Often referred to as the ‘Marco Polo of Japan’, Tokubei’s adventurous journeys and account of his travels to India and beyond gained distinction for both the traveler and his country.

Independence In the IOR

By the late 19th century, contact between Europe and the countries of the IOR were giving rise to the first wave of nationalist movements. In Egypt, India, and Iran, European political and diplomatic control was being seriously challenged by World War I. And by the end of World War II, Europe’s days of direct political domination over the Indian Ocean littoral were numbered.

Nationalist philosophies had taken root in most of the colonial territories on the littoral of the Ocean. Meanwhile, European power and prestige had diminished as a result of the War and Japan’s takeover of Indonesia, Malaya, Singapore, and Burma.

The post-1945 decade saw a rapid dissolution of European empires across the Indian Ocean. As for Japan, although a notable sea power in the pre-1945 world, it did not exercise a telling influence in the Indian Ocean area during peacetime.

Tokyo's Second Foray Into the IOR

It was only when Europe forayed into the Indian Ocean in pursuit of its war objectives that Tokyo attempted to gain naval and aerial supremacy over the “Southern Resources Area.” That region encompassed a broad arc from the Andamans in the Bay of Bengal to the Bismarck Archipelago in Southeast Asia.

Even today nearly all of Japan’s foreign trade remains seaborne. And among the leading commercial and maritime nations of the world, Japan's interests in the Indian Ocean Region are particularly vital. In Japan's case, these related to sea traffic and flow of raw materials and fuels from the littoral nations and hinterlands to industries at home.

A large part of Japan’s foreign trade flows along two major sea routes. The first being the Pacific route, of which, the central lane links Japan with Canada and the United States, the southern lane with Australia, New Zealand, and the Pacific Islands, and the southeastern lane with South America.

The second sea route for Japan’s trade flows is the Indian Ocean route, which connects Japan via the East and South China Seas and the Strait of Malacca with the Indian subcontinent, the Middle East, Europe, and the east coast of Africa.

Nearly one-half of Japan’s seaborne trade is carried along the Indian Ocean route. It is this route in particular which remains vital for Japan’s tanker fleet, given that it is the only economic route available to Japan, and its importance has only increased with the passage of time.

Sensing this, Japan began enhancing its trading ties with the Persian Gulf region at an early stage.

'Great Veins' of the Japanese Economy

During the decade of the mid-l960s, the Indian Ocean was firmly drawn into the orbit of Superpower military competition. Even while stressing the need for détente, militarization of the Indian Ocean became a stark reality.

The rampant search for naval bases and other facilities in the region involved the littoral states and mid-Ocean islands.

By late in the following decade, Japan's foreign trade stood at $213.70 billion (1979). Tokyo was the leading importer of raw materials, including coal, iron-ore, petroleum, timber, etc. Of these, petroleum held an overwhelming dominance in Japan’s trade with the Middle East.

As trade grew, the sea lanes of the Indian Ocean became what has been appropriately described as the ‘great veins’ on which the Japanese economy depended.

The IOR’s richness in raw materials complemented the might of Japan’s industrialization. These predominant economic interests rendered freedom of navigation along the Indian Ocean route a prerequisite for Japan. Developments in the Gulf region that generated conflict and threats to peaceful sea traffic were unwelcome, as such instability could result in the disruption of supplies vital to Japan's economy.

Today, a shared Indo-Japanese vision of the Indo-Pacific has re-imagined the Indian Ocean Region through an expanded and evolving geography, with its emerging architecture of growing maritime connectivity.

Development cooperation growing out of this vision is aiming to unlock the potential for an equitable, and forward-looking change in the region. It is a process in which both India and Japan are firm stakeholders.

Dr Monika Chansoria is a Senior Fellow at the Japan Institute of International Affairs (JIIA) in Tokyo. The views expressed here are personal and do not reflect the policy or position of JIIA. She tweets @MonikaChansoria. Find other articles by Dr. Chansoria here on JAPAN Forward.