Japan Leads Race in Development of High-Temperature Gas Reactors, but China is Catching Up 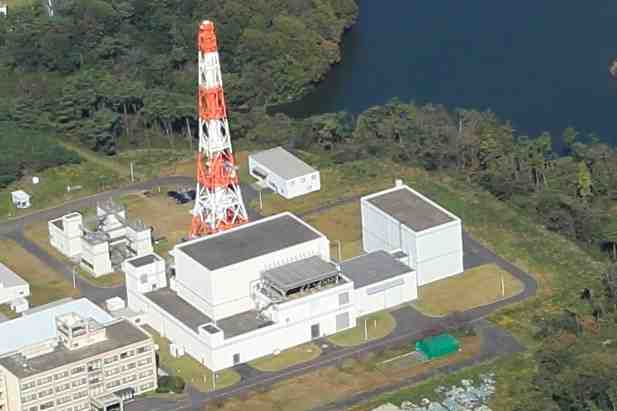 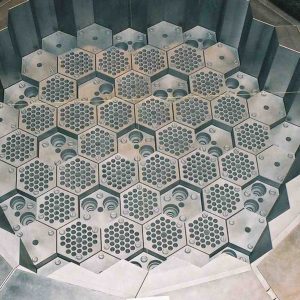 In the aftermath of the Fukushima accident, the world demands a much higher level of safety for nuclear power generation. The high-temperature gas reactor (HTGR) is a next generation nuclear reactor that could live up to these expectations, and Japan leads the race in its development.

With no risk of core meltdown or hydrogen explosion, this type of reactor can also withstand a complete loss of power source. Because it uses no water, it can be built in the desert. It even produces hydrogen during power generation.

Poland, a country heavily dependent on coal, has embarked on an effort to introduce a commercial HTGR, based on technical cooperation with the Japan Atomic Energy Agency. The aim is to provide a steady source of energy while reducing the nation’s carbon dioxide emissions.

Meanwhile, China is also fixated on the HTGR, and is moving development ahead at a breakneck speed. Japan must not sit idle.

Japan’s HTGR program is focused on the Atomic Energy Agency’s high-temperature test reactor (HTTR) located in Oarai, Ibaraki prefecture. New types of nuclear reactors are developed in stages, and the HTTR, with a thermal output of 30,000 kilowatts, is the first stage in this process. Yet the HTTR is equipped with all the basic functions of the HTGR.

The HTTR project has accumulated positive results at the practical level, generating a temperature of 950 degrees for 50 consecutive days and continuously producing hydrogen for 150 hours based on chemical reactions using the heat generated. Since its operation began in 1998, Japan’s HTTR has proven itself to be the world’s best performing HTGR when it comes to other technical aspects as well.

China has also designated the HTGR as one type of advanced nuclear power facility and channeled national resources into its development.

Although this reactor reached criticality two years later than Japan’s, China is now approaching the next stage of development, the operation of its “HTR-PM” demonstration plant. The HTR-PM, constructed in Shidao Bay in the city of Weihai, Shandong province, is expected to begin producing and supplying 200,000 kilowatts of power in 2021 with its two connected reactors.

However, because the design of the reactor core and fuel composition differs from Japan’s more elaborate HTGR, the HTR-PM is only able to produce high temperatures up to 750 degrees. Yet, the significance of reaching the first step in practical application should not be played down. China gained ground with the construction of the HTR-PM while Japan’s nuclear power industry as a whole has been paralyzed following the Fukushima accident.

An even more surprising fact is that construction plans for commercial HTGRs are steadily progressing in six municipalities in China. These are three locations in Fujian province, and one each in Guangdong, Zhejiang, and Jiangxi provinces. The planned site in Jiangxi is Ruijin, an inland city.

These commercial HTGR plants (1.2 million kilowatt power output) are based on the design concept of small modular reactors.

On the one hand, HTGRs are extremely safe, but on the other hand, structurally they cannot be built to large scale. However, if multiple small-scale reactors are connected, they can reach a power output comparable to standard large-scale nuclear power plants.

These commercial reactor plants will use 12 HTR-PM reactors, each with a 100,000 kilowatt output. Specifically, one steam turbine will be turned by a six-reactor HTR-PM, called an “HTR-PM600,” that will be capable of producing 600,000 kilowatts of power.

Plans entail controlling two of these units from one central control room, thereby realizing an HTGR plant with a total 1.2 million kilowatt output.

China’s HTGRs pebble bed-type reactors have their roots in German technology, and differ considerably from Japan’s block-type HTGRs. Pebble-shaped fuel made from a mixture of uranium particles and graphite powder are dropped into the reactor core, one after another.

In price competition in the international market, these reactors hold predominance over those of Japanese make. However, the temperature of the helium gas exiting the reactor core is 200 degrees lower than Japanese-built reactors. For this reason, hydrogen production in Chinese-built reactors is problematic, and power generation using high-efficiency gas turbines is not possible.

Even though their performance falls short of Japan’s, Chinese reactors will soon enter the demonstration phase. If subsequent development of commercial reactors goes as planned, Chinese-built HTGRs could soon dominate global markets.

A Path to Survival in Poland

The HTTR of Japan’s Atomic Energy Agency has been shut down for safety review by the Nuclear Regulatory Commission. However, Japan plans to further heighten its technical expertise on the overseas stage by cooperating on research and development for the HTGR of Poland’s National Center for Nuclear Research.

This initiative, aimed at the practical application of HTGR next generation reactors, presents an attractive opportunity for young researchers and technicians in both countries.

While promoting HTGR technology is included under international cooperation in the Japanese government’s current “Basic Energy Plan,” it would be better to see the domestic construction of an HTGR included in the upcoming 6th Basic Plan. The future of Japan, with our limited energy resources, is hinged upon the success or failure of the HTGR, and we should not let our technology go to waste.

What is a High Temperature Gas Reactor (HTGR)?

Although the name suggests thermal power generation, the HTGR is a genuine nuclear reactor that has attracted much attention as the next generation of nuclear power. Graphite and helium gas are used in place of the water used in conventional nuclear power (light water reactor).

In principle, severe accidents will not occur. High-efficiency power generation can be conducted at high temperatures three times that of light water reactors, and clean energy hydrogen production is possible at the same time. If not hooked up to a power generator, an HTGR can be used as a heat source for steel manufacturing and in the chemical industry.

High cost had presented an obstacle for practical use, but as the price of light water reactors rose due to safety concerns following the Fukushima accident, HTGRs have gained competitive strength. Japan has a history of over 50 years of research in the field, starting in the late 1960s.