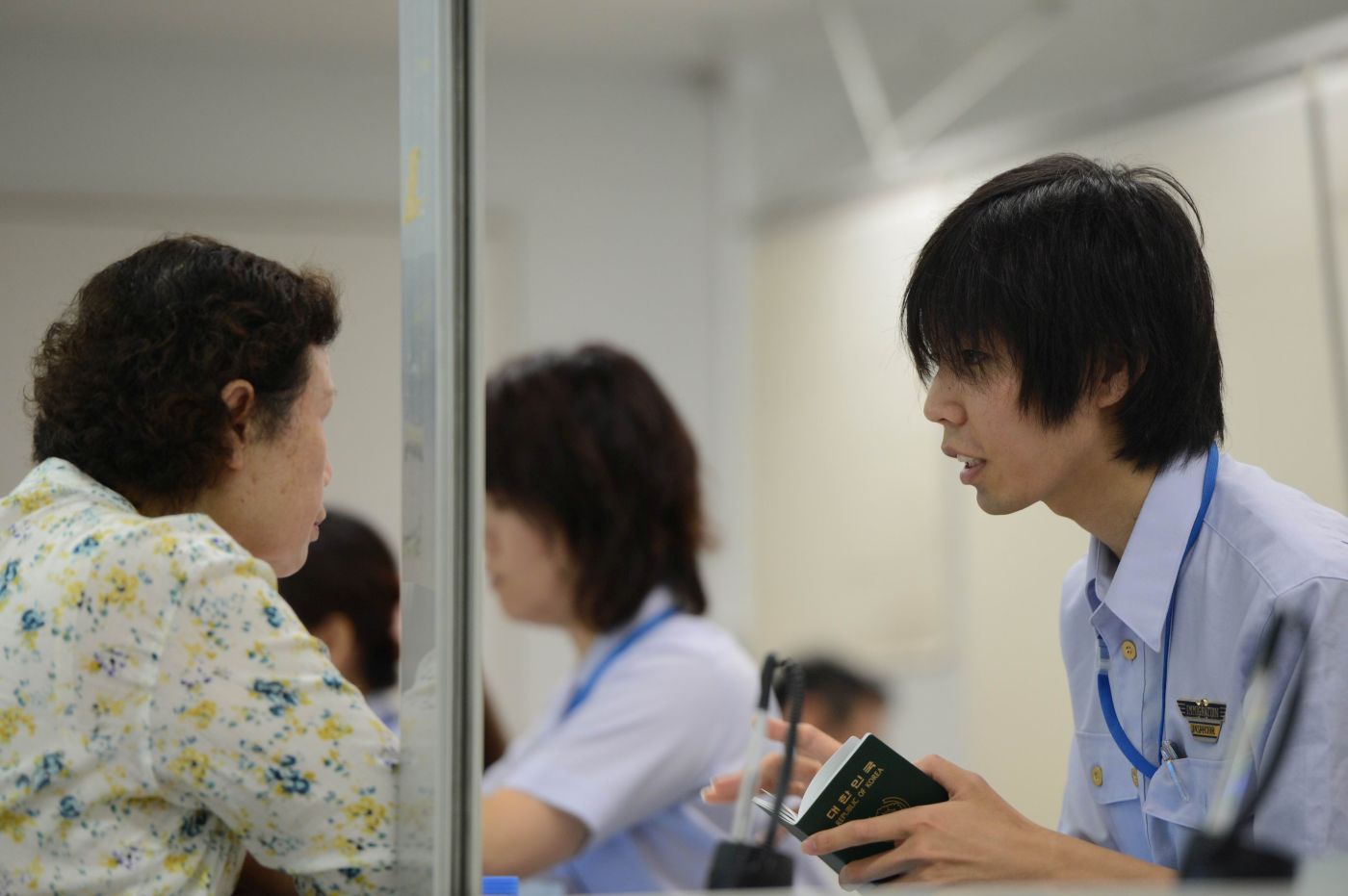 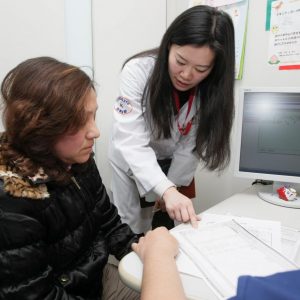 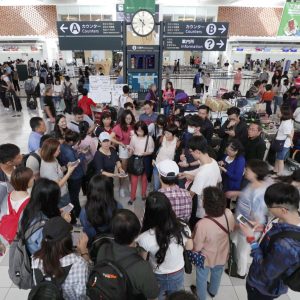 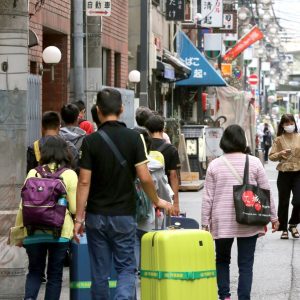 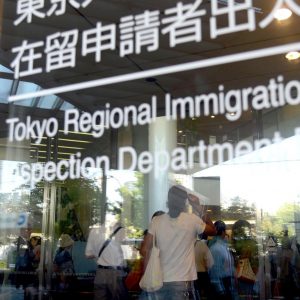 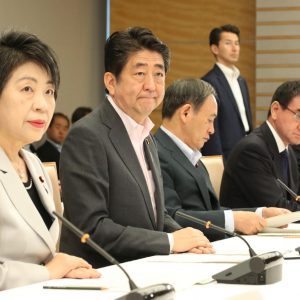 Concerns over the rising deficit and near-doubling of foreigners covered by Japan’s lauded National Health Insurance program — the Kokumin Kenko Hoken (known as Kokuho) — were aired at a special hearing on August 29.

The hearing was called by the Working Group Concerning Medical Services for Foreign Residents, a panel of the Liberal Democratic Party (LDP) Special Committee on Foreign Workers chaired by Yoshio Kimura, a member of the House of Councillors and expert on social security.

The panel was tasked with addressing issues of alleged abuse by some foreigners of Kokuho coverage. Members heard from municipal officials about such rudimentary matters as how many foreign residents in their localities are covered by Kokuho, the administrative challenges, and specific cases of abuse.

Cases of questionable use of Japan’s national health insurance by non-Japanese have been reported from time to time. However, it has been difficult for local officials to document actual health insurance-related irregularities by foreigners in their jurisdiction. Therefore, the national government has had a hard time grasping the overall picture, a committee member said.

Originally set up only for the Japanese, the taxpayer-funded Kokuho system was broadened in 1986 to include foreign residents staying in Japan for a year or more.

Then, in 2012, the number of foreigners covered by the system burgeoned dramatically due to a revision in the Basic Resident Registration Law. The changes made foreigners residing in Japan for as little as three months eligible for national health care coverage.

According to the Health, Labor and Welfare Ministry, the total insured under the Kokuho program numbered 30.13 million in fiscal 2016. A breakdown showed that foreign residents accounted for 990,000, or 3.3% of the total.

This represents a 1.8-fold increase since March 31, 2008, when foreign residents participating in the Kokuho system numbered only 150,000. Data shows the number of insured among Japanese dwindled over the same period.

Who Pays for the Program?

The ministry noted the fact that the Kokuho account posted a deficit of JPY146.8 billion in fiscal year 2016 alone. The deficit was compensated by disbursing funds from the national coffers — in other words, paid by taxpayers.

Reports of problems comes amid a rising number of cases in which foreigners are suspected of coming to Japan hiding their true intentions. Some coming under the guise of education or to run a business stay just long enough to acquire eligibility for Kokuho, then seek expensive medical services.

Specific cases included foreigners who entered Japan without revealing pre-existing medical conditions, which would otherwise make them ineligible for Kokuho coverage. They underwent costly medical treatment soon after qualifying for Kokuho and paid very little from their own pockets — thanks to their Kokuho status.

LDP member Takashi Nagao, 55, took up this problem in a session of the lower house committee on health, labor and welfare in June. He explained how it would be theoretically possible for a person from abroad to come to Japan after being diagnosed with cancer in their home country, qualify for Kokuho, and receive medical services in Japan amounting to more than JPY10 million, and then quickly return home.

Treatment in Japan could include access to high-priced medicine, such as the anti-cancer drug Opdivo. Yet, the recently-arrived individual would pay only a small portion of the medical bill while the Kokuho system pays the rest.

Municipalities in A Quandary

It is nearly impossible for municipal officials in charge of Kokuho in cities, wards, towns, and villages to see through such irregularities, much less confront the abuser, according to the ministry.

An official in charge of Kokuho applications for Tokyo’s Arakawa ward put it this way in the August 29 LDP panel hearing:

With the exception of circumstances in which there is evidence of a person from a foreign country having made a reservation for hospitalization in Japan prior to his or her arrival in this country, it would be very hard for us to turn down the Kokuho coverage application on the ground that the person has falsified their purpose for entering Japan.

A Kobe municipal government official at the hearing pointed out the government’s quandary:

It is not necessarily foul play for a person from abroad to receive expensive medical services using Kokuho shortly after arriving in this county, so long as that person has complied properly with the procedures to acquire status as an insured under the Kokuho plan and pays its premiums.

Coverage in Japan and Overseas

Other Kokuho benefits under discussion include payment for overseas medical expenses and lump-sum birth allowances.

According to documents shared by local officials, there were 71 cases in Arakawa ward alone in which overseas medical expenses were refunded by the municipality in 2017. Of these, 30 cases — or 42% — were foreigners.

During the same period, Arakawa ward also made 262 lump-sum disbursements for birth allowances, worth JPY420,000, for each woman insured, regardless of nationality. Among them were 35 cases of payments to non-Japanese who gave birth overseas.

Under the existing system, a foreign woman can receive the lump-sum birth allowance even when giving birth in her home country, if she qualifies for Kokuho coverage. She can also receive a refund for overseas medical expenses should she need a medical procedure, such as a Caesarean section, while outside Japan.

During the August 29 hearing, one LDP Diet member said, “In my view now is the time to stop and review the advisability of granting the lump-sum birth allowance and refunding overseas medical fees without distinction between Japanese and non-Japanese.”

A senior official of the ministry noted” “The system of having the overseas medical bills refunded was originally created under the assumption that Japanese could obtain a refund for medical care received abroad. Definitive criteria has yet to be worked out when it comes to Kokuho-covered medical services and related allowances for foreign residents.”

His comment suggests that a review of the issue is likely in the near future.

An official from the Kobe city government at the hearing brought up the case of two Vietnamese sisters who had committed crimes in Kobe and were also found to have committed identity theft by using the Kokuho credentials of others.

Lower house LDP member Midori Matsushima suggested in response, “Given that Japanese, too, might commit wrongdoing by arbitrarily using Kokuho certificates, it should be made mandatory for each insured to have his or her face photo attached to the certificate.”

A senior official of the Japan Medical Association, the nationwide group of medical practitioners, echoed Matsushima’s view, saying, “Kokuho certificates should bear photos of the beneficiaries; otherwise, we have no means of preventing irregular use of the certificates when providing medical services.”

Moving Forward to Solve the Problems

Panel participants agreed to forge ahead with mapping out countermeasures to deter abuse of the Kokuho system. They will look at employer health insurance plans as well as how public health insurance systems in other countries operate.

Prime Minister Shinzo Abe, 63, is projected to win the upcoming September 20 LDP leadership election and take on a third term as prime minister. If he does, this issue will likely be one of the heaviest challenges for his administration during his final three-year tenure as the nation’s top leader.