Japan Must Go Beyond a Diplomatic Boycott of Beijing Olympics 2022 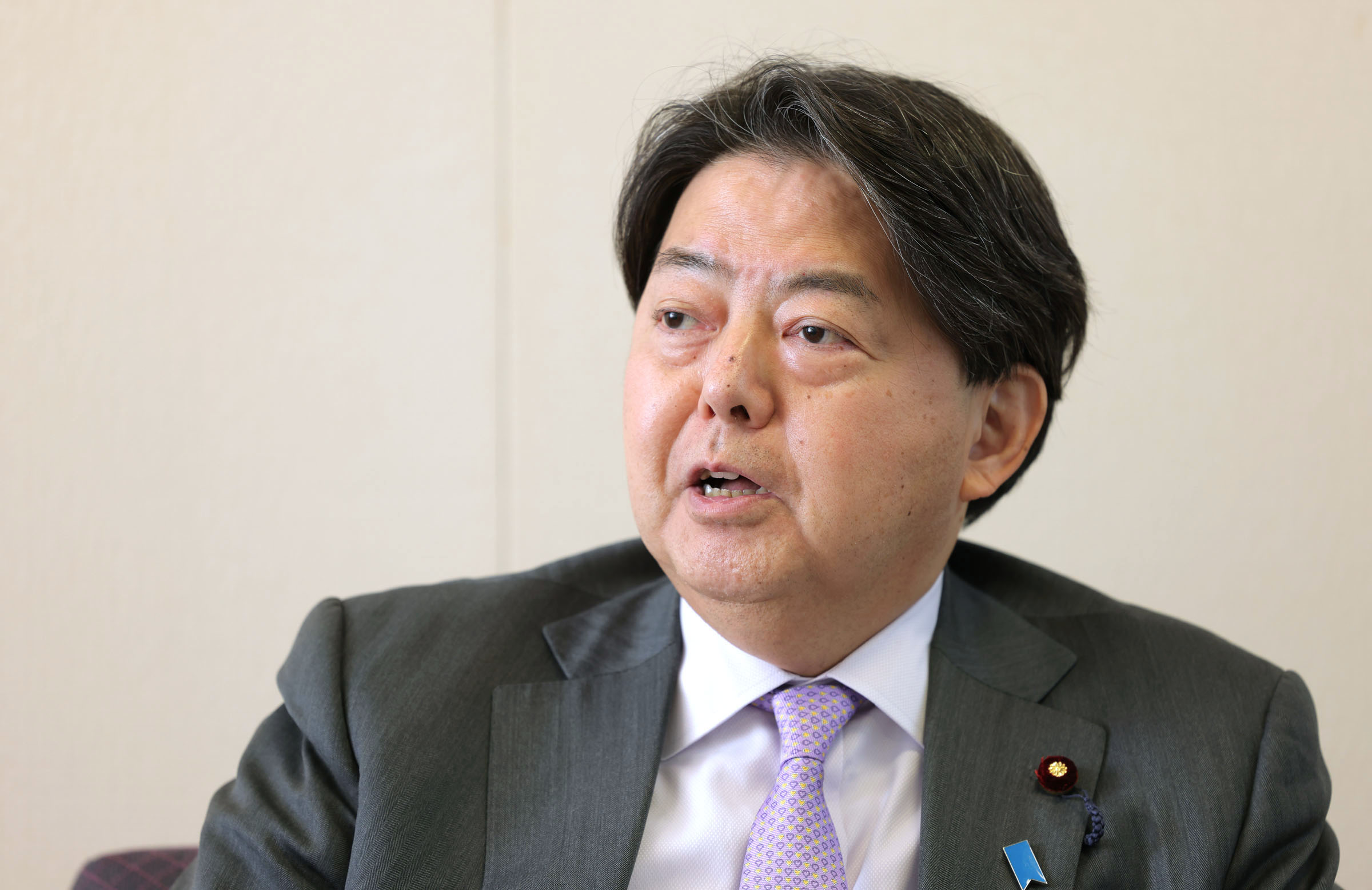 “Exchanges between Japan and China have become rare in recent years, partly due to COVID-19. With the 50th anniversary of the normalization of diplomatic relations occurring next year, the two nations are united on the goal of boosting exchanges — both economic and those involving people.”

2022 will indeed mark the 50th anniversary of the normalization of diplomatic relations between the two countries. Yet, no matter how hard the Kishida Cabinet tries with its “boost,” exchanges involving people will not make any progress.

Many Chinese people have become victims and suffered due to the pandemic, which started in Wuhan, China. However, the Chinese government is being uncooperative with probes into the origins of the virus at the Wuhan Institute of Virology.

Personally, I wouldn’t want to have exchanges with a country that has this sort of government.

Moreover, in recent times, the Chinese and Russian militaries have worked together on “joint patrols,” pursuing military activity in areas close to Japan.

On October 18, a flotilla of Chinese and Russian warships, 10 in total, passed through the Tsugaru Strait simultaneously and then went on to the Pacific Ocean.

The flotilla then proceeded south, turned west near the Izu Islands, passed through the Osumi Strait, and then entered the East China Sea. The Chinese and Russian warships completed a circle around Japan.

Later, on November 18, two Chinese warships and one Russian warship proceeded south along the Tsushima Strait, going from the Sea of Japan to the East China Sea.

On November 17, a Chinese survey vessel entered Japanese territorial waters off the coast of Yakushima Island in Kagoshima Prefecture.

Let’s look at how Defense Minister Nobuo Kishi reacted to this development. In a statement posted on the Ministry of Defense’s official website on November 23, he said:

“The repeated military exercises by Chinese and Russian bombers near Japan are considered to be saber-rattling aimed at our country, as well as expansion of their activities in this region. The exercises clearly show that the security situation around Japan is becoming more severe. From a security perspective, it is highly concerning. I will make every effort to drastically strengthen our defense capability.”

Kishi’s statement — “I will make every effort to drastically strengthen our defense capability” — is the first such statement by an incumbent defense minister.

What’s more, Kishi is not just saying that. In the proposed supplemental budget, defense-related costs were amended to a record ￥773.8 billion JPY (about $6.83 billion USD) as part of a “package to accelerate defense reinforcements.” I applaud that.

However, the Chinese military is also pressing ahead with technological developments. In a test conducted this summer, a Chinese hypersonic weapon fired a missile, according to an article in The Financial Times on November 21.

Later, on November 23, The Wall Street Journal commented that, apart from China, “No other country has demonstrated the ability to launch projectiles from hypersonic glide vehicles.” The news sent ripples across the world.

From Japan’s perspective, it is feared that this new technology would invalidate the defense efforts mentioned above.

With all this in mind, it is difficult to feel celebratory about the 50th anniversary of the normalization of diplomatic relations between Japan and China in 2022. Nevertheless, the Chinese authorities are keen. They have targeted Foreign Minister Hayashi, and have started operating through him — something that Hayashi himself has made clear.

In a television appearance on the Fuji TV show Prime News, which was broadcast on November 21, Hayashi revealed, “I received an invitation to visit China in a teleconference [with Foreign Minister Wang Yi].”

Hayashi also appeared in the BS Asahi program Gekiron! Crossfire, where he stated, “I received an invitation during the Japan-China Foreign Ministers’ teleconference, so I am looking into [visiting China].”

Let’s look at a recent editorial in the Sankei Shimbun, which says:

“The foreign minister, however, should not rush to visit a country that attempts to intimidate Japan with military bullying just after assuming his new office. Careful consideration is required before making decisions on any overseas visits by the foreign minister.”


Japan Continues to be Used by China

During the Fuji TV show, Hayashi was asked to comment on U.S. President Joe Biden’s stance of possibly opting for a “diplomatic boycott” of the 2022 Winter Olympics in Beijing, and not sending any government officials to the event.

“Japan will decide from Japan’s perspective,” Hayashi said, echoing the sentiment of Prime Minister Kishida. “It is not a question of doing something or not doing something. We will think on our terms,” the minister said, choosing to avoid a specific answer.

In the BS Asahi program, Hayashi simply said, “At this point in time, nothing has been decided.”

The “Five Eyes” intelligence alliance — which consists of the US, the UK, Canada, Australia, and New Zealand — is also considering a diplomatic boycott of Beijing 2022, according to The Times.

In July, the European Parliament adopted a resolution, requesting that government representatives in member states decline invitations, depending on the human rights situation in China.

So, what should Japan do? The Japanese government says, “At this point in time, nothing has been decided.” However, when the US boycotted the 1980 Moscow Olympics, the then-President Jimmy Carter made the announcement about half-a-year before the tournament.

There are only two months until Beijing 2022. How long can this indecisiveness go on?

The government cannot keep on having this never-ending discussion. In addition, where is Gen Nakatani, the special adviser on human rights?

Japan must not be a swaying ship between the US and China. As liberal democracies clash with authoritarian states, Japan must stand firmly with the former and face up to the latter.

A diplomatic boycott of Beijing 2022 goes without saying. Let’s recall the previous Olympic Games held in Beijing, in August 2008.

Both the United Nations Secretary-General and Prince Charles announced that they would not attend the Beijing 2008 opening ceremony. France’s foreign minister stated that “the EU should consider not attending the ceremony.”

National leaders of countries such as the UK, Canada, and Spain chose not to participate, but Yasuo Fukuda, the then-Prime Minister of Japan, turned up with a smile on his face. The Emperor and the imperial family were also invited, but they did not attend. That would have been dangerous.

We must also not forget the G7 summit that took place shortly after the Tiananmen Square massacre in 1989. Japan aimed to maintain a relationship with China but was outnumbered six-to-one by the other G7 nations, where there is an emphasis on human rights.

The Western countries were united on the idea of imposing sanctions on China, but their step was being disrupted by Japan. Years later, China’s then-Foreign Minister Qian Qichen reflected in a book: “Japan was the weakest link in the western nations’ united front on sanctions on China. When China fought back against the sanctions, Japan was naturally the easiest point to operate through.”

Japan must not tread the same path again. At the very least, a diplomatic boycott. No, that’s not enough. The athletes should also boycott the opening ceremony — because the host nation’s head of state makes the opening declaration during the ceremony.

Previously, it stated in the Olympic Charter, “The delegations salute the Head of State and the President of the IOC as they walk past their box.”

The Olympic opening ceremony has provided a platform for dictatorships to boost their national prestige. I don’t want to watch Japanese athletes in a place like that.