Japanese Automakers Take On the Challenge: From HV to Zero Carbon Emissions 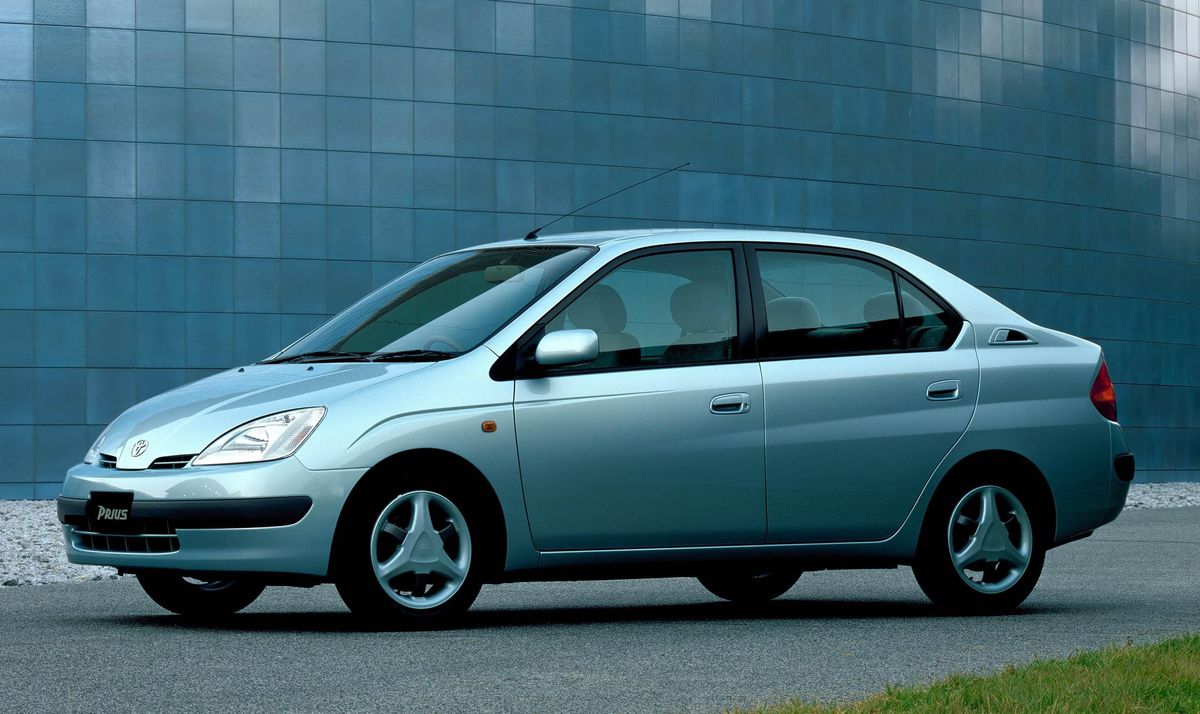 In December 1997 the Toyota Prius was the world's first hybrid vehicle on the market.

“Just in time for the 21st century.” The world’s first mass-produced hybrid vehicle (HV) gloriously entered the market with this catchphrase.

Those days left strong memories. It seemed that there was a focus on fuel efficiency and air resistance, but the design was lacking and wasn’t appropriate for a “vehicle of the future.” An old acquaintance who worked for Toyota explained, “we took into consideration designs that, just by looking, would make clear to anyone that it was an HV.”

It’s been a little more than 20 years since then. HVs no longer have designs that can be distinguished from regular cars at a glance.

In addition to HV-only vehicles like the Prius, the number of models with a hybrid option has increased, and companies besides Toyota are now marketing their own versions. HVs, which run with both a fossil fuel engine and electric motor, are a familiar representation of environmentally friendly, fuel-efficient vehicles.

Nevertheless, news that could affect the future of HVs has recently come in from overseas.

On July 14, the European Commission of the European Union (EU) announced a proposed comprehensive environmental framework aimed at reducing greenhouse gases. Among the policies is the proposal that carbon dioxide (CO2) emissions by new cars would be reduced to zero by 2035. If the proposal becomes policy, it will be virtually impossible to sell not only gasoline and diesel vehicles, but also HVs.

Although Europe is leading the way with strict environmental regulations, many other countries have not decided whether to ban the sale of HVs.

The policy proposal has also shocked automobile companies. The European Automobile Manufacturers Association raised its concerns by issuing a statement saying that “banning a single technology is not a rational way forward at this stage.”

However, shortly after the environmental policy proposal was announced, Germany’s Daimler AG revealed its own plan to make all of its new luxury Mercedes-Benz using electric vehicles (EV) technology. European manufacturers such as Volkswagen of Germany have already announced plans to invest in EVs, and Europe’s public and private sectors seem to be coming together to control EV production.

That leaves Japanese manufacturers, who currently lead the world in HVs, as the companies most affected by the ban of HV automobiles.

Toyota announced in April 2021 that it plans to have 15 EV models on the market by 2025. Although the sales ratio of electric vehicles in Europe is scheduled to be 100% by 2030, only 40% of vehicles are EVs and fuel cell vehicles (FCVs) that do not emit CO2 while driving. Toyota’s main products are HVs and plug-in hybrid vehicles (PHVs), which can be charged from an external power source.

Honda is the only Japanese manufacturer to set a goal of making all its new cars as EVs and FCVs, but the company’s target is 2040, not 2030. Nissan Motor is also planning to sell only electric vehicles in its major markets, but these will include hybrid vehicles.

For this reason, some Japanese manufacturers have said that the European Commission’s environmental policy is aimed at crushing their HVs.

There are voices against HVs outside of Europe as well. U.S. President Joe Biden issued an executive order that 50% of new vehicles will be electric by 2030. But his definition of “electric” includes only EVs, FCVs, and PHVs. It excludes HVs. From the environmental policies of Western countries on automobiles, it can be seen that the world’s car market is moving from low-carbon to decarbonization at a faster pace than expected.

Could Japanese manufacturers take up the challenge and prepare a lineup of EVs?

Of course, although it would take a significant investment to develop new models and procure batteries. Still, the core technologies of electrification, such as the motor and control systems, have been cultivated during HV production and can be applied to EVs.

The question then becomes how Japanese companies can highlight their strengths through EVs. With their simple design, it is difficult to get an edge in reliability or fuel-efficiency.

Toyota is said to have the lead in research for “solid-state batteries,” which could significantly improve cruising range. Although no Japanese manufacturers currently have found a winning approach, history suggests they can rise to the occasion.

The first mass-produced EV was a Japanese manufacturer, Mitsubishi Motors, which released its model “I-MiEV,” in 2009. A year later in 2010, Nissan followed with its “Nissan Leaf.” After that, however, Japanese companies failed to invest in appealing models, and foreign manufacturers took the lead in EVs.

Japanese companies have held the lead in environmental technology since the Toyota Prius, an HV, was released in 1997. But the direction of energy policy gives foreign makers a chance to overcome that gap with EVs.

At the same time, now that the market for EVs is about to take off, Japanese manufacturers should avoid repeating the same mistakes as before. As long as there are many areas globally where there is a lack of electricity and inadequate EV charging infrastructure, the demand for hybrid vehicles should not drop off easily.

Yet, for the future Japanese companies must focus on developing appealing EV models during the transition. This is indispensable if Japanese manufacturers are to continue to be leaders in the automotive industry.

(Find access to the Sankei Shimbun report and analysis in Japanese at this link.)