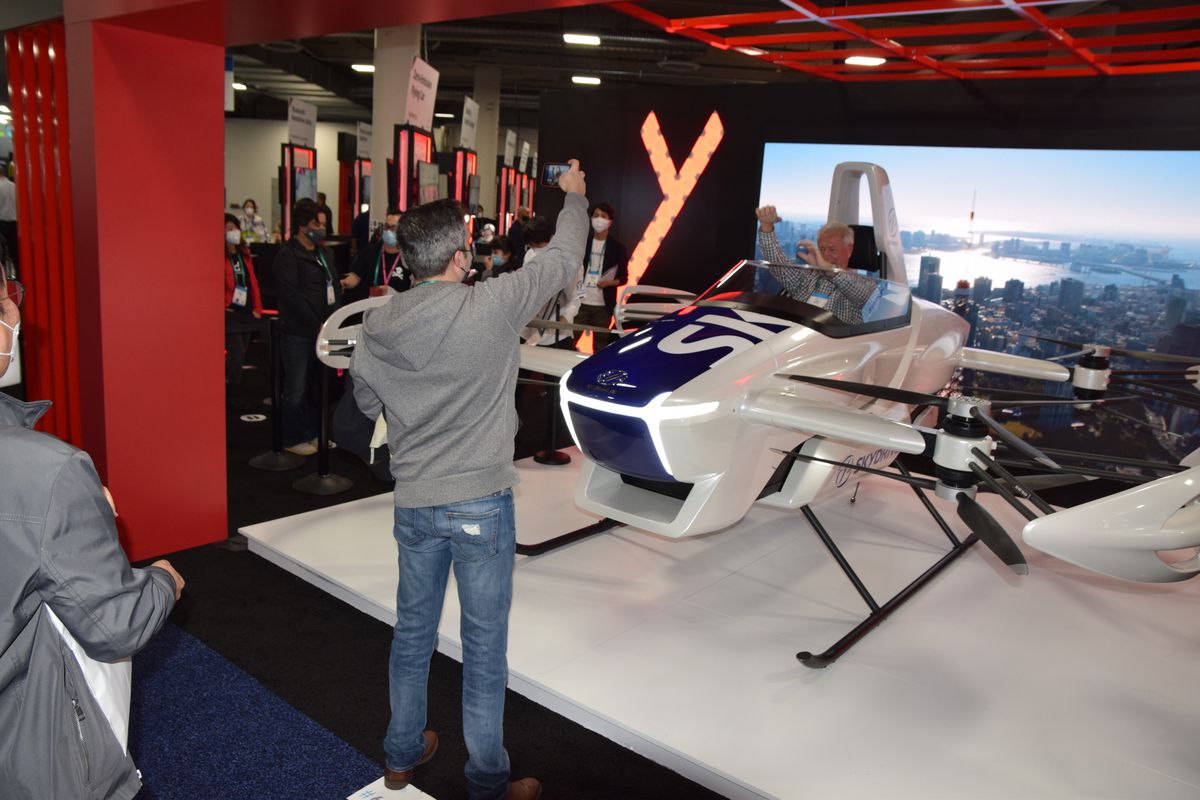 LAS VEGAS — The Consumer Electronics Show (CES), one of the largest consumer electronics and IT trade shows in the world, was held from January 5 to 7 in Las Vegas, Nevada. Many Japanese startups participated in the event, showcasing a wide range of products from robots to aircraft and software, in readiness to take on the burgeoning entrepreneurship of the US market.

The event captured the attention of various media from the United States and Europe, but issues such as fundraising remain.

As emerging companies from countries, including France and Taiwan, displayed their products at the venue, the crowds never seemed to cease at the Japanese showcase. Every day, visitors lined up for a demo flight on an aircraft showcased by Tokyo-based company SkyDrive, a developer of vertical take-off and landing aircraft.

The Japan External Trade Organization (JETRO) secured a joint venue for the 50 participating Japanese companies. As the highlight of the show, SkyDrive’s demo plane received international attention, including coverage by TV stations from the United Kingdom and the United States.

SkyDrive conducted a test flight successfully in 2020 and is aiming for commercialization in 2025. According to Keisuke Yasukochi from SkyDrive, they want to “raise awareness” of the company in the US market, where they look to expand their business.

Following the recent reemergence of the coronavirus, major companies such as Google refrained from on-site participation in CES. Meanwhile, the show attracted as many as 40,000 visitors and saw an annual increase of companies participating in its venue for startups.

Fundraising in the United States

The United States is a startup powerhouse, and there is fierce competition among emerging companies. But CEO Shuichi Takada is determined to see his company come out on top. His Osaka-based company ArchiTech develops AI and semiconductors and is especially confident in price competitiveness and the wide application range of its products.

In the United States, a company that is promisingly successful in the development of cutting-edge technology will attract a huge amount of money from investors, as venture capital investment is widespread. According to Takada, ArchiTech has already raised some funds in Japan, but it “aims to raise capital in the United States,” where funds are much larger at each stage.

According to JETRO, comparing this year’s participation with the number of startups at CES 2021 by country, the United States topped the list, while South Korea also had a large presence, followed by China.

In the past, Japanese electronics manufacturers lagged behind South Korean manufacturers, such as Samsung Electronics, which adopted a strategy of focusing on overseas markets. Now it seems that Japanese startups also need to set their sights overseas ー from the early stages of commercialization.