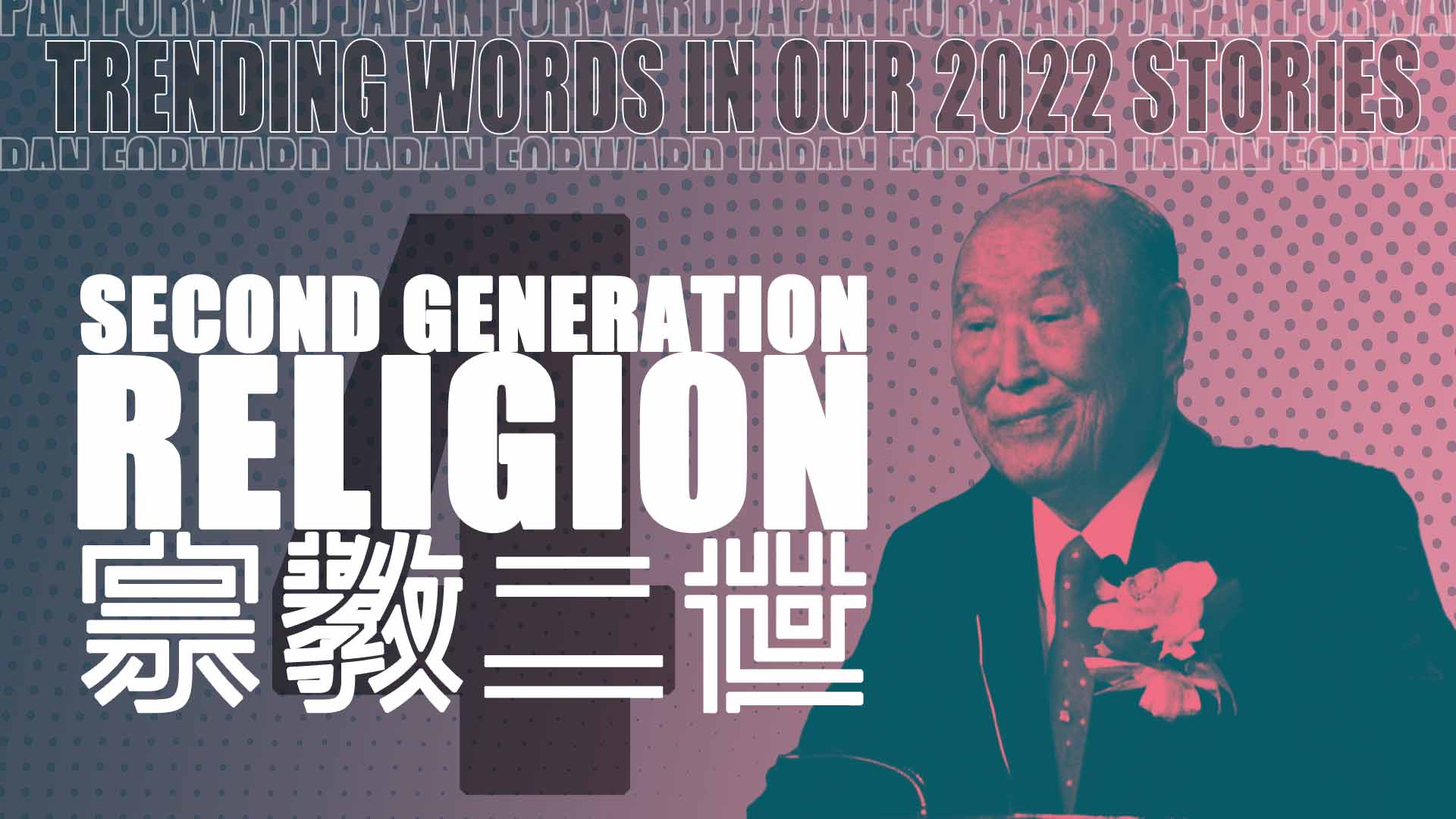 In our previous story, we looked at No. 5 on our list: Bad Weak Yen (warui enyasu, 悪い円安), and its economic impacts on people's lives.

Today, we look at another widely discussed theme in Japan, with our trending word No. 4: Second Generation Religion (shukyo nisei, 宗教２世).

On July 8, Shinzo Abe was assassinated in Nara during a stump speech. The police apprehended the prime suspect almost immediately after the shooting. He was Tetsuya Yamagami.

Yamagami told investigators that his primary motive in shooting Shinzo Abe was his perceived connection from giving a speech to The Family Federation for World Peace and Unification. The organization is commonly known as the Unification Church, and its members are sometimes referred to as "Moonies," after the organization's founder.

Yamagami talked of having a "grudge" towards the Unification Church. He said his mother was a church believer and that the family had been bankrupted from donations she made to the church when he was young.

It was through this investigation that the term "second generation religion" began to appear. It indicates children who were born into a family of believers and felt pressured by those beliefs.

We covered the first reports on Yamagami, as news started to trickle out.

The Unification Church confirmed early on that Yamagami's mother was in fact a member of its congregation.

Suspected connections with the Unification Church also brought shadows to the cabinet reshuffle that Prime Minister Fumio Kishida carried out following the upper house election. We followed the new cabinet announcement and its implications below.

At the same time, the political debate over the Unification Church has led some to worry that freedom of religion is being stifled. Tsutomu Nishioka makes this argument in his column.

So far, the themes covered by 2022's trending words have spanned religion, the economy. Will a political theme be next?

Check in tomorrow for Trending Word No. 3 on our list.