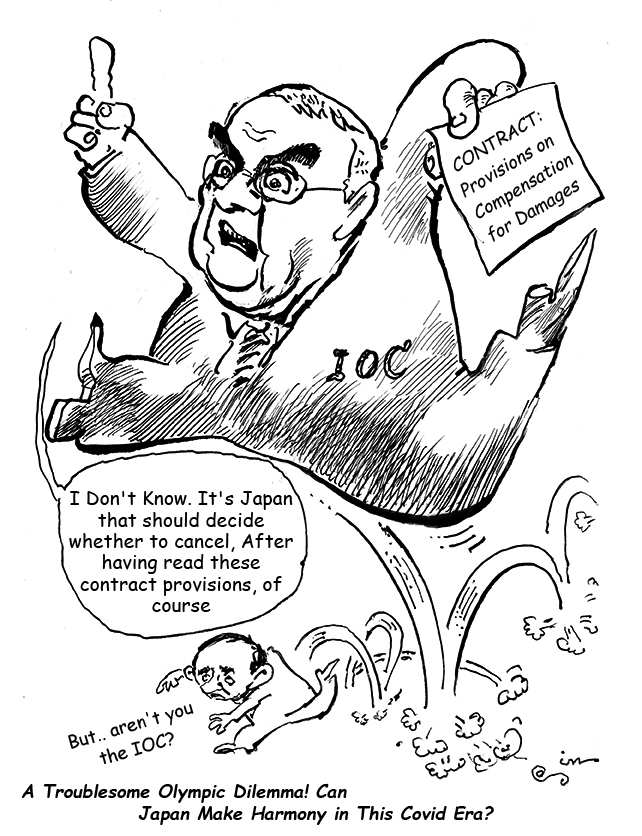 Pressure is mounting as the clock keeps ticking, with debate rampant as to whether the Olympics should go ahead as planned, given the ongoing ravages of the COVID-19 pandemic.

In the week of May 7, following repeated debates in the National Diet of Japan and as the vaccine rollout faltered, the hashtag #Are You Not Prioritizing The Olympics Over The Life of Citizens (#国民の命を守ることよりも五輪が優先されていませんか) gathered several tens of thousands of Tweets, with Olympics-related topics trending almost every day on the social media.

As of May 18, a petition on change.org, started by Kenji Utsunomiya, a former candidate for Tokyo governor and one-time head of the Japanese Federation of Bar Associations, has gathered more than 370,000 signatures. The catchphrase along similar lines as the hashtag: prioritize lives, not an event.

However, as the debate rages on, it is also becoming clear that the question whether to go forward with the Olympics or not is not a clear-cut or straightforward one.

On May 12, Sankei Shimbun published a manga drawn by Shin Yamada. The sarcastic image draws attention to the dilemma with its portrayal of Japan and the International Olympic Committee (IOC), and by inference the committees and commercial parties involved in the delivery of the games.

On the one hand, in Japan’s view the IOC has the major decision making authority in the event of a cancelation. This was reiterated by PM Yoshihide Suga in a press conference on May 14.

In fact, as IOC president Thomas Bach’s posture suggests in the cartoon, action by the Japanese side to cancel the Olympics could result in Japan having to shell out compensation for damages for breach of contract.

On the other hand, calling attention to the status of the COVID-19 health crisis in Japan is the responsibility of the Japanese government. In the end, both sides end up pointing fingers at each other.

Importantly, the manga omits those who are arguably the main players in this whole brouhaha, namely the athletes, showing how political the issue has become.

As the debate continues, it was announced on May 12 that Thomas Bach is expected to come to Japan from June onwards, after the end of the third state of emergency, expected on May 31.

At the same time, belatedly, the vaccination rollout finally seems to be gearing up. Only time will tell whether it will address the unease that many Japanese are feeling toward welcoming an international sporting event.