Many Submitted Materials on ‘Comfort Women’ Incompatible with UNESCO Guidelines

The “International Solidarity Committee” formed by private groups from eight countries has asked the United Nations Educational, Scientific and Cultural Organization (UNESCO) to inscribe in its Memory of the World Programme materials pertaining to wartime “comfort women.”

On October 17th—a full week before UNESCO was to make a decision—it made available the full text of the application, which was submitted in May 2016. In principle, “drawings, three dimensional artifacts, works of art, etc” are excluded. However, the submission from Korea included a number of drawings supposedly done by the surviving “comfort women” in the 1990s. These drawings are clearly incompatible with the UNESCO guidelines.

Part of the application by the “Solidarity Committee” appeared on the UNESCO web site in 2016. What was revealed this October 17th are “internal documents” that give a detailed list of the submissions from each country. Also included is a bibliography that explicitly lists the report by the UN rapporteur Radhika Coomaraswamy that was responsible for spreading the claim that the “comfort women” were sex slaves.

According to the newly available internal documents, of the 654 items submitted by the Korean side, 269 are drawings done by the “comfort women.”  Although it is not made clear in the documents, it seems that one of the drawings shows the execution of someone resembling the Showa Emperor (Hirohito). In addition, there are 19 pressed dry flowers made by the “victims,” their testimony about being “comfort women,” and records of their treatment for mental trauma.

Of the 2,744 items in total, the largest single group of 923 items comes from Japanese groups and individuals.  The most notable component of this is 783 items from WAM or the Women’s Active Museum on War and Peace in Nishi-Waseda in Tokyo. Included in it are 529 official documents that were discovered after Chief Cabinet Secretary Yohei Kono issued the so-called Kono Statement  in 1993 and the diary of “Suzuko Shirota” (1921-1993) who was portrayed overseas as a “sex slave.”

Once the International Advisory Committee (IAC) of UNESCO has discussed the pros and cons of inscribing the “comfort women” materials, meetings are scheduled to begin on October 24th in Paris. A recommendation will be made to Irina Bokova, its director-general.

It is expected that Bokova will approve the IAC recommendation. It is probable that the IAC will recommend inscription (acceptance) of the “comfort women” materials based on the investigation and report of its subcommittee that has been dealing with this matter. 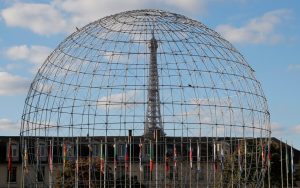 In 2015 the Japanese government reacted vigorously to UNESCO being used for political purposes by China after the organization inscribed in the Memory of the World the “Documents on the Nanking Massacre,” which were questionable in terms of historical authenticity.  In order to prevent the abuse of the system, the Japanese government called on UNESCO to reform the vetting system to provide guarantees of transparency and fairness.

As of October 20, more than 100 Japanese scholars have signed a statement opposing the application of the “Solidarity Committee,” citing questions on the materials submitted and the vetting process.