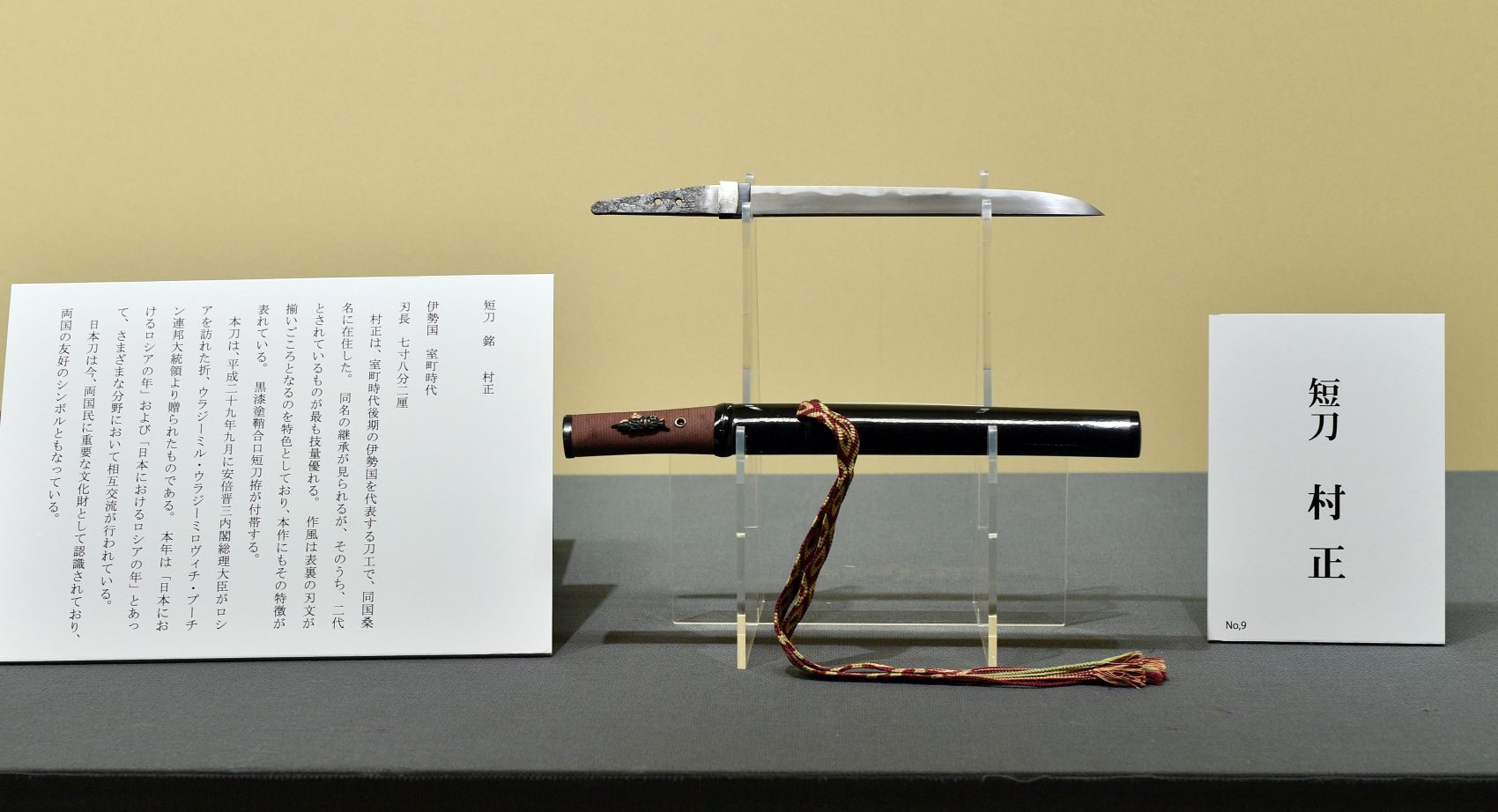 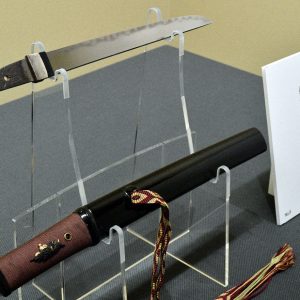 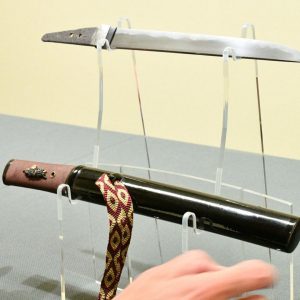 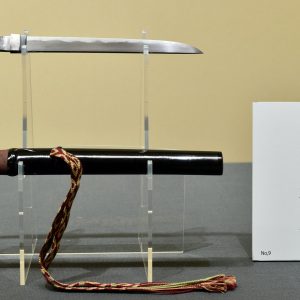 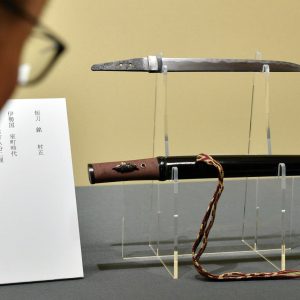 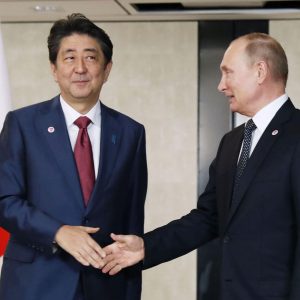 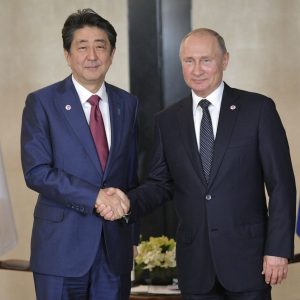 The Tokyo Art Club in Shinbashi is host every year to the world’s largest Japanese sword show called the Dai Token Ichi.

At the 2018 show there will be 73 stalls representing sword dealers from all over Japan, and demonstrations and display by swordsmiths of the All Japan Swordsmiths Association. The show is well-attended every year, but also attracts approximately 300 international Japanese sword enthusiasts from all over the world.

One sword is a sword owned by Satsuma samurai Saigo Takamori.

The other blade is a dagger that was made by the infamous master swordsmith, Muramasa. It was given as a gift to Prime Minister Shinzo Abe in September 2017 by Russian President Vladimir Putin.

Russia and Japan have an ongoing series of summits to improve relations between the two countries. This is the second famous blade President Putin has given Prime Minister Abe, the first one given in 2016.

This year is designated as the “Year of Russia” in Japan, and various cultural exchanges are taking place in different fields. The display of President Putin’s 2017 gift to the Japanese Prime Minister is a manifestation of this year’s theme.

There were several generations of Muramasa smiths working in Kuwana in Ise province (Mie Prefecture) during the Muromachi period (1336-1573).

According to some fanciful literature, Muramasa was said to be on the verge of madness, which caused his blades to be blood-thirsty and cursed.

However, the origin of this probably stems from Tokugawa Shogunate propaganda. It is said that the first shogun of the Edo period (1603-1868), Tokugawa Ieyasu (1543-1616), forbade his soldiers from owning Muramasa blades. The reason was that several members of his family had met with misfortune in connection with Muramasa blades.

Ieyasu had also cut himself in an accident with a yari (spear) made by Muramasa. Of course, this led to his enemies desiring Muramasa blades. Many of his subordinates, instead of disposing their treasured blades, disfigured the signatures so that they could no longer be read as “Muramasa.”

Around the same time, the shogunate was giving away blades by the master swordsmith Masamune.

Later, it compiled a tome called the Kyoho Meibutsu-Cho — a record of masterpiece swords compiled in 1719 during the Kyoho era. This book featured many Masamune swords.

Thus began the lore illustrating the evil intent of Muramasa blades versus the desire for peace by the Masamune blades.

The popularity of Masamune over Muramasa also led to some Muramasa having the “Mura” character of the signature erased, and a “Mune” character added below, possibly to conform with the ban on Muramasa and appear to own a popular Masamune.

As time passed, the fables of Muramasa faded away. Today, he is recognized for the superior sword-making skills that he and the subsequent generations of Muramasa smiths possessed.

They are known not only for their exquisite beauty, but also for their excellent cutting ability, making them understandably a most-desired weapon and art object for upper-class samurai and modern collectors.

This blade given by President Putin in 2017 is shown in public for the first time.

It is accompanied by an aikuchi (no sword guard) tanto (dagger) set of mountings with a black lacquered scabbard. It will be on display in the exhibition room for the duration of the 2018 Dai Token Ichi event, from November 16 to 18, at the Tokyo Art Club in Shimbashi, Tokyo.

Hours: Friday and Saturday 10 am to 6 pm