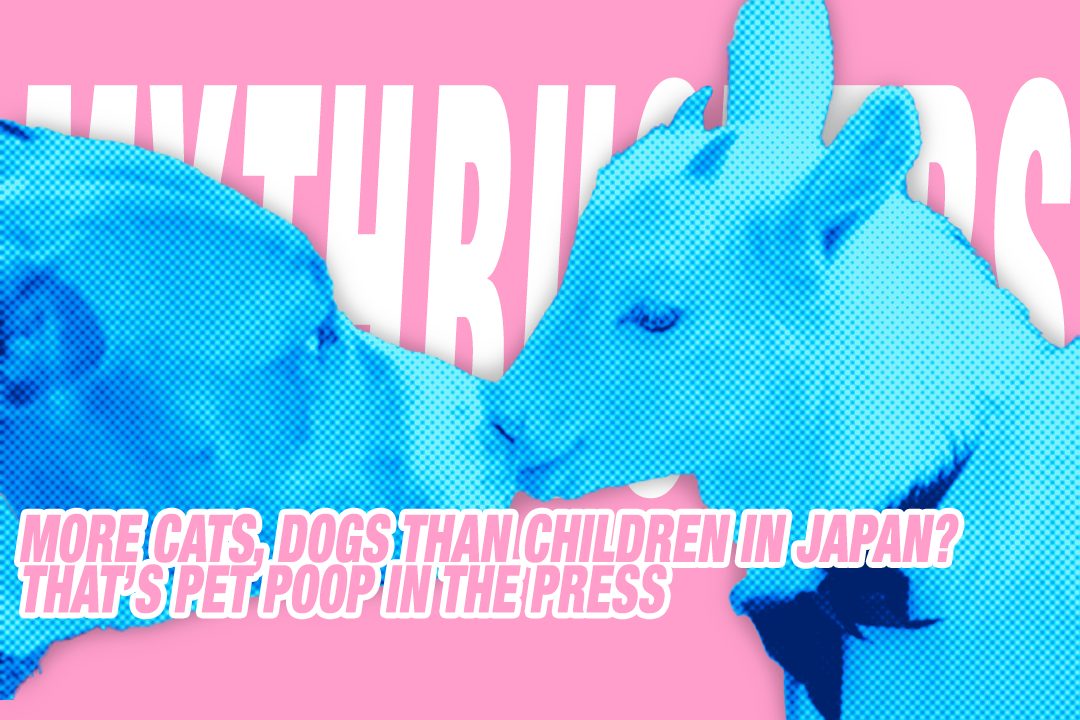 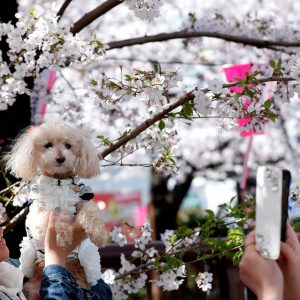 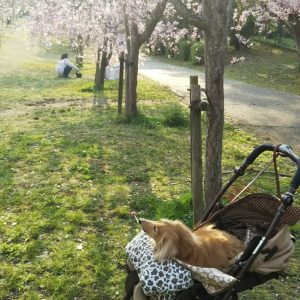 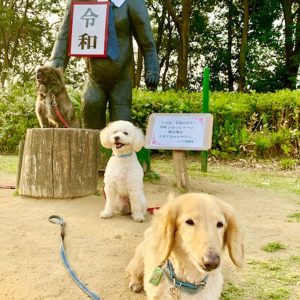 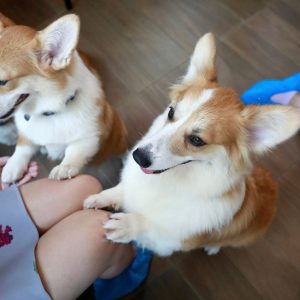 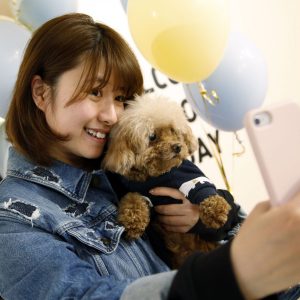 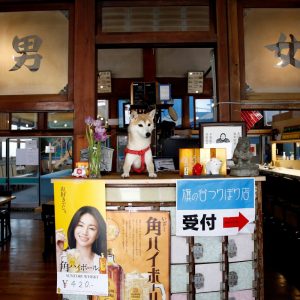 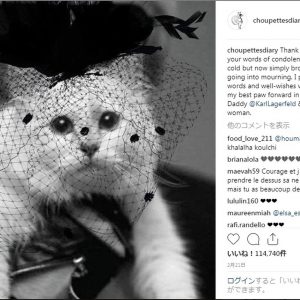 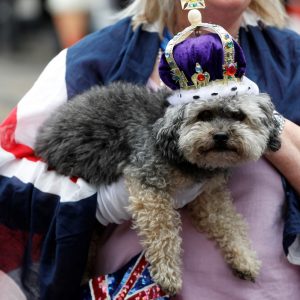 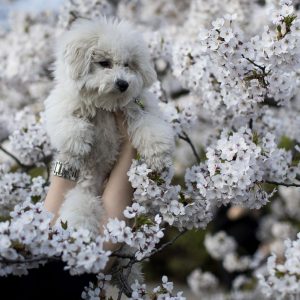 Numerous English language articles have claimed that Japan has “more pets than children,” as though this was a singular and defining characteristic of Japanese society. In point of fact, “more pets than children” appears to be common in all affluent countries, although data on pets is inherently less comprehensive and less well-defined than that for children. For example, in the case of people who keep fish, is each and every fish to be counted as a pet?

Using the “more pets than children” claim to say anything about Japan is on a par with saying that “in Japan the sun rises in the east and sets in the west” or “in Japan it is colder in the winter than the summer.” The claim says nothing about Japan; it says a great deal about those who repeat this claim.

Pet Poop in ‘The Guardian’

Although The Guardian touts itself as a publication aimed at the sophisticated and well-educated, its articles about Japan are heavy on sex and ridicule of the Japanese.

My first encounter with the “more pets than children” meme came from a 2010 article in The Guardian that I later used in my “Japan in the Foreign Imagination” course. The article was written by Roland Buerk, who was also the BBC Tokyo correspondent, and Ruth Evans, who had produced a number of whacky, sexless Japan items for the BBC and other venues as recently as December 2018.

The frivolous nature of this article is shown by its choice of a Japanese woman who had substituted dogs for children. “She’s a successful eye surgeon, with a private clinic, a stylish apartment, a Porsche and two pet pooches….” Not even remotely typical of women (or men) in Japan.

The article goes on to make two factual errors in one sentence, saying: “Startlingly, in a country panicking over its plummeting birthrate, there are now many more pets than children. While the birthrate has been falling dramatically and the average age of Japan’s population has been steadily climbing, Japan has become a pet superpower.”

There was no “panic” over a “plummeting birthrate” when this article was published in 2010. The birthrate (sic) had in fact been rising for five years. If anything, complacency was more common than concern.

The article goes on to claim, “Official estimates put the pet population at 22 million or more, but there are only 16.6 million children under 15.” However, I was unable to find any “official estimates” — only those from pet food industry sources.

An additional claim, that “In many parts of Tokyo, it is easier to buy clothes for dogs than for children,” is patent nonsense, except possibly for a few enclaves inhabited by Japanese yuppies and foreign nationals with an expat compensation package.

And, if these dubious assertions were not enough, the authors go on cite Dr. Kunio Kitamura, president of the Japan Family Planning Association (JFPA), for the claim, “The most important reason for Japan’s declining birthrate is less sex.” They do not tell you that this planning association is simply a public interest association and essentially a one-man band. It is not a public agency and its surveys are of questionable validity.

Still less do they note that other countries had a lower fertility rate than Japan when they wrote, but the sexless explanation was being used only for Japan. (RELATED ARTICLE: [Mythbusters] Foreign reporting on the Japanese population and birth rate reaches a new low)

The Guardian article is particularly inexplicable because Britain is one of the few countries where the government actually surveys pet ownership. The most recent estimate is 11.1 million pet cats and 8.9 million pet dogs. At the same point in time, the U.K. had roughly 12.4 million children aged 0-15. In other words, the U.K. had roughly 20 million dogs and cats versus 12.4 million kids. Add in a million rabbits (popular pets in the U.K.), birds, fish, gerbils, hamsters, guinea pigs, etc., and it is probable that there are at least twice as many pets as children in Britain.

Leaving aside the bogus claim about “more pets than children,” there remains the issue of fallacious logic.

Foreign writers have presented the issue as one of pets or children, not both. This is not the case.

Generally, to have an uncaged pet in Japan, you need to own your home or rent a single-family dwelling. Married couples who live in small apartments may well have children but not pets because of restrictions on uncaged pets. Despite the relatively low fertility rate in Japan, married couples have an average of nearly two children per couple.

Families with children who own or rent single-family dwellings often have dogs or cats and children. Every day in my own patch I see elementary school age children walking dogs or playing with the family cat.

When I do see the “pampered pooches” described in so many English language articles — and I do see them on a daily basis — their owners are well past the childbearing years and are often quite elderly. They are either companions for widowed women or possibly substitutes for grandchildren. Their owners are not the yuppies typically presented in English language articles about pampered pets in Japan.

Further, as a Google search will instantly show, lavish spending on “pampered pooches” is not a phenomenon peculiar to Japan. In New York City people generate a substantial income from working as hired dog walkers. One 2018 analysis of the U.S. case claimed total expenditure on dog walkers to be $907 million USD.

What I see, of course, is a function of where I live and where I cycle, but that is equally true of the foreign correspondents in Japan who, unless they are cyclists and walkers as I am, see far less of neighborhood Japan than I do.

In reading what those foreign correspondents on expat packages write, I often feel that the only Japanese city they know is Tokyo, and the only parts of Tokyo they have seen as residents are Hiroo or Azabu Juban.

While I had long assumed that the “more pets than children” originated with The Guardian article, I was gobsmacked when a few weeks ago I read an interview with Kathy Matsui in the Financial Times in which she stated, “Japan remains one of the few countries where the number of registered pets (dogs and cats only) outnumbers children under the age of 15.”

I have not been able to determine whether this bogus claim originated with Kathy Matsui, but she is certainly one of the earliest purveyors of it and has repeated the claim in print, in interviews, in public lectures, and in TEDx presentations.

That her most recent statement of the “more pets than children” meme in the Financial Times was not questioned by the interviewer shows that ownership by the Nihon Keizai Shinbun has not resulted in better coverage of Japan.

There is no registration for cats in Japan, only dogs because of the rabies issue. Any numbers for cats and dogs in Japan come from a pet food producers’ association and are guesstimates, not hard survey data. And, they are not based on registration.

In 2017 there were 6.3 million dogs and zero cats registered in Japan. In the same year government estimates put the number of children aged 0-15 at over 15.5 million.

Moreover, the pet food industry association estimates are derived from online surveys, which are more likely to be answered by people with an interest in the question, meaning that it is probable that the estimate is on the high side.

Pets and Children in Other Countries

When I used the “more pets than children” article for teaching, students immediately saw it as ridiculous and meaningless. Some wrote class papers compiling data from various countries that demonstrated that there was nothing exceptional about Japan in this regard. This is easy enough to do, although it must be remembered that pet numbers are in most cases estimates, not census counts.

The U.S. is estimated to have 70 million dogs and 74 million cats. In 2016 there were roughly 74 million children under 18 in the U.S., or about the same number of children as cats. In the U.S., pet ownership and the ratio of pets to children has been increasing, not decreasing as Kathy Matsui seems to think is the norm.

If anything, far from being at the high end of the spectrum for pet ownership (dogs and cats), Japan is behind the U.S. and Europe. “The JPFA, meanwhile, estimates that 14% of Japanese households own a dog and 10% have a cat. By comparison, figures are upward of 47% for dogs and 37% for cats in the United States and 24% and 21%, respectively, in Europe.”

Hanlon’s Razor is a tongue in cheek aphorism that in its most binary form is stated as, “Never attribute to malice that which is adequately explained by stupidity.”

This is a very real dilemma for me as I continue to study Japan as it appears in the English language press. Some articles do seem to represent malice, a very palpable intent to make Japan and the Japanese look ridiculous and deviant in terms of cultural norms the writers deem to have universal validity. In addition to The Guardian article cited above, a recent Washington Post article would seem to be a case in point.

Neither malice or stupidity would seem to fit an American with 100% Japanese ancestry and degrees from Harvard and Johns Hopkins, top American universities. Yet the fact remains that Kathy Matsui has been repeating the bogus and meaningless “more pets than kids” meme for more than a decade.

While this one frivolous claim does not in and of itself invalidate Matsui’s assertions about how much the Japanese economy and society might benefit from a greater economic role for women, it does raise the question of how thorough her research was overall, and whether she cherry-picked data elsewhere to support her assertions.

With or without malice, Japan and the Japanese deserve more serious and accurate coverage than is the norm in the English language press. Japanese women and women’s issues in Japan in particular deserve analysis and reportage that is not tainted by bogus claims and American/British notions of cultural superiority.