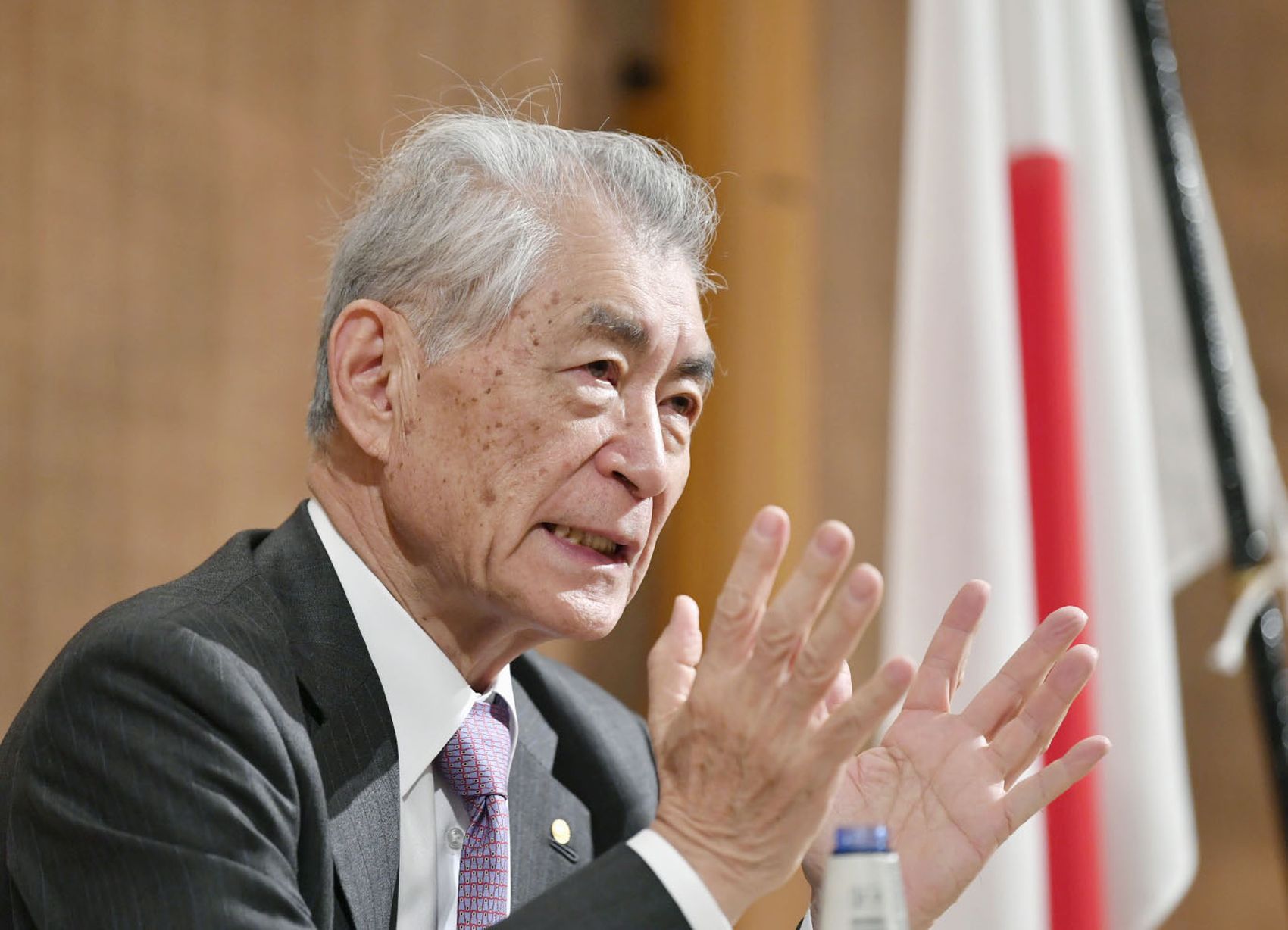 As Japan inches closer to an effective lockdown nationwide, increasingly dominating the public conversation is what could be the best exit strategy in the fight against the novel coronavirus.

Three voices of authority shared their thoughts on the issue in a two-hour panel discussion on BS Fuji’s Prime News program on April 22:

The three discussed what are considered to be the most important research goals at this time: testing and drug therapies to treat the disease, and the importance of having a clear strategy to deal with the coronavirus. The overarching question, though, became one of how to prepare to exit from the current COVID-19 emergency measures. (RELATED STORY: Clusters of Infection Sprouting: Shinzo Abe on the Need to Extend the State of Emergency)

Dr. Honjo’s public statements since early April have stressed the need for testing in order to know the extent of the spread of this invisible enemy.

Japan has relied on the Polymerase Chain Reaction (PCR) test for this purpose, and previously Dr. Honjo said that about 45,000 tests a day were needed to be successful in the coronavirus battle. At the end of March, Japanese Prime Minister Shinzo Abe said he hoped that tests would rise to 10,000 a day. However, in the passing weeks even this was not actualized.

Japan has carried out relatively few tests for the coronavirus compared to other countries. For most of March, the number of tests per day did not exceed a couple of thousand, and since the beginning of April the average has just climbed to 7,359. One reason seemed to be the logistical hurdle of going through the local health and medical care services system.

JMA’s president, Dr. Yokokura, explained: “Until now, even if doctors asked for a patient to be tested, permission wouldn’t be granted, leading to a very difficult situation.”

In an effort to improve the situation, in Tokyo the medical association has teamed up with private companies to set up testing facilities in more than 40 hospitals. The JMA has also set up drive-through testing centers in Tokyo’s Edogawa ward, each one expected to have a capacity of 100 tests per day.

Dr. Honjo warned, though, that testing is not the only methodology that should be the focus of attention. One concern is the imperfect reliability of tests, particularly when it comes to false negatives.

He explained: “In a typical scientific approach. If something isn’t there, it can’t be verified. But, if it is found, then there is some meaning in that…. So it is the same with PCR testing. You just consider it relevant if it’s positive, and not relevant if it’s negative. I would like very much for people to understand that.”

This is especially relevant to a news report on April 23 that said 6% out of 67 patients who had been admitted to Keio University Hospital in central Tokyo for health problems other than the coronavirus had tested positive for COVID-19. If hospital transmission is happening to this extent, it’s reasonable to argue that the number of tests needs to increase to understand the extent of the contagion ー and avoid its further spread.

While the PCR testing will see if someone is a carrier of the coronavirus, the need was also raised for testing to find out whether the antibody to fight the virus is present in a person’s blood. The presence of antibodies would indicate to doctors that the person had contracted and fought off the virus in the recent past.

Dr. Honjo summarized the importance of this, saying, “In order to determine how much we should be fearing this virus, we need to do the antibody test.”

In his view, people would feel reassured if it were known that the lethality rate is a lot lower than previously estimated, and making that determination requires antibody testing. The results could change the way we fight the virus, and allow an exit strategy while doctors sharpen their focus on the grave cases.

According to Dr. Yokokura, most of the antibody tests are from China, and there are currently no nationally validated tests from Japan. He commented, though: “In various universities they are already testing, and I think on a national level they will come up with something effective very soon. We want to start using them as soon as they do.”

Currently there are several drugs which are being applied in trials for the treatment of the novel coronavirus. These include Avigan, the drug developed by Fujifilm which has been recommended for treatment in acute phases of the illness. (RELATED STORY: Takeda Pharmaceuticals Aims for New COVID-19 Therapy By End of 2020 at the Earliest)

Other medical therapies cover a wide spectrum of health problems affecting the immune system. Among them, drugs normally used in the treatment of HIV-AIDS, malaria, and rheumatoid arthritis are thought to be helpful in some circumstances.

The members of the April 23 panel delineated what was necessary to fight the virus in terms of further investment in drugs research and trials.

As an immunology expert, Dr. Honjo made the case for focusing on current medical cures instead of spending money to develop a vaccine which might eat up resources, and take more of a year to develop.

He said: “I think that to fight infectious diseases, prevention policies and testing are important. But in the medical field, if you don’t have a medicine, you can’t practice medicine, can you? Now there are more cases and contagion. We can’t bring the cases back to zero. So I think the most important thing is to decrease the number of deaths, and use the medicines at our disposal.”

Logistical impediments remain, though, as Dr. Yokokura attested. Just getting doctors to use these drugs remains an issue.

Dr. Honjo added: “Currently there are very strict conditions which hospitals apply to decide if a drug should be used and what data they are going to collect. If they set up a system where you just need to say so in order to participate, then [the use of these drugs] would spread a lot faster.”

A key problem in all sectors is the structural problem of decision-making. The government set up a panel of experts and advisors to help guide its policy on the response to COVID-19. That alone, however, does not provide clarity on goals.

A hint about the problem is provided by the fact that, separate and apart from the government panel, the JMA set up its own task force made up of 16 senior doctors, who coordinate efforts with doctors in the field.

Senior LDP member Masahisa Sato shed some light on the situation by explaining that the expert panel includes no doctor who actually works on the ground.

He commented: “Of the expert panel, only one from the medical field…. People working on the front line probably want guidelines on which drug works best in which situation. There isn’t one yet, and, on top of that, there is no consensus on the drugs, which drug to use at this time or that.”

The LDP member shared some background information: “Dr. Shigeru Omi (of the expert panel) asked the medical association what would be the best way to set up the medical system in Japan [to handle the coronavirus crisis], because they don’t know how.”

These strategically critical points are prerequisite to any exit strategy, and they beg for leadership. Councillor Sato also raised concerns that too much dependence on information from the government, from a strategic point of view, might put the objectivity and independence of the expert committee at risk.

Ultimately, all the experts agreed on the need for clear goals that define a concrete strategy for the government and public to envision exiting the emergency measures necessitated by the epidemic.

Dr. Honjo concluded: “In choosing the direction, the fact that there are no experts in the field of medical cures is a real problem. People are not even talking of an exit strategy now. They are just looking at the number of people diagnosed [with the disease].”

The hope is that with recognition will come improvements. The public — and these experts — will be looking for clearly articulated plans to invest in testing, drugs, and a practical exit strategy in the coming days.

(The Japanese article can be read on BS Fuji Prime News’ Site here.)