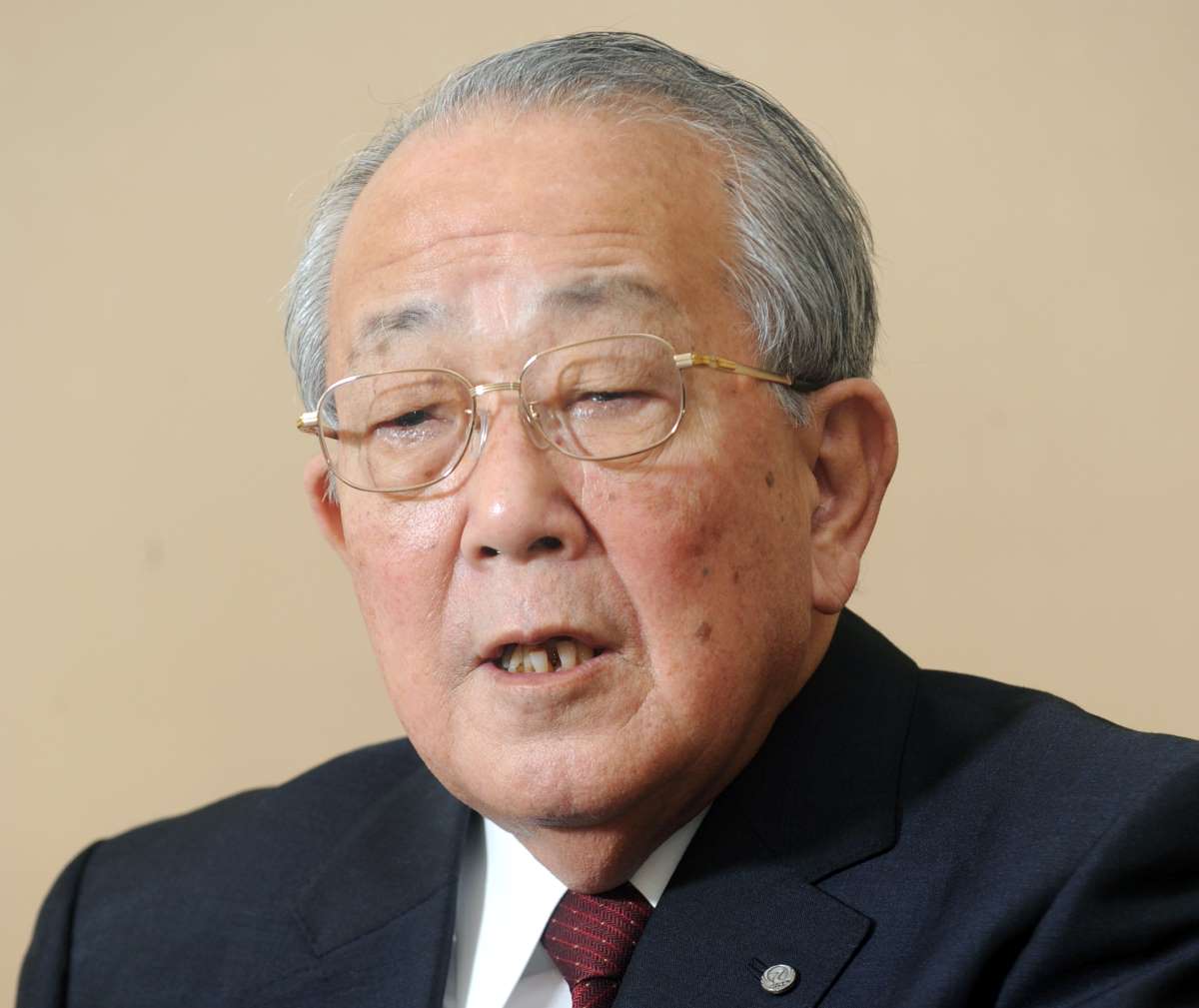 Kazuo Inamori, charismatic founder of the Kyocera group and KDDI, who also won fame worldwide as a philanthropist and management expert, died of old age on August 24. He was 90 years old.

Inamori’s family has already held a private funeral, but a memorial service will be announced at a later date.

Among Inamori’s many major accomplishments was his skillful turnaround of a bankrupt Japan Airlines.

A Life of Innovation and Hard Work

Inamori, a native of Kagoshima City in southern Kyushu, was born in 1932. He worked at an insulator maker in Kyoto before establishing Kyoto Ceramic Co., Ltd., the forerunner of Kyocera, in 1959 at age 27.

Kyocera’s development of fine ceramic materials, such as those used today in semiconductors and smartphone components, fueled explosive company growth. That helped transform Kyocera Corp. into a global giant involved in such areas as electronic components, telecom devices and solar panels.

In 1986 Inamori became Kyocera chairman. Eleven years later in 1997 he became chairman emeritus, before retiring from the company board of directors in 2005.

Inamori developed a unique management method he referred to as “amoeba management.” This innovative total-participation management approach called for the creation of numerous small groups in the company, which under a group leader would take responsibility for their own business results. It provided the dynamism displayed within Kyocera’s highly profitable corporate structure.

His aggressive pursuit of M&A opportunities led to Kyocera acquiring the camera maker Yashica in 1983, for example. This was followed by acquisition of the electronics component manufacturer Elco in 1989, the U.S. electronics firm AVX in 1990 and the photocopier manufacturer Mita Kogyo in 2000.

In leading Kyocera on its path of growth from a small company in the suburbs of Kyoto to a global behemoth, Inamori attributed his success as an entrepreneur to “heartfelt management.”

He liked to refer to what he called “management with heart,” meaning living in the right way as a human being and contributing to society.

To give just one example of how that should be expressed, Inamori liked to speak of the “human equation” for results in life and work. This was derived from the qualities of enthusiasm, ability, and way of thinking.

If “enthusiasm” and “ability” were measured respectively on a scale ranging from 0 to 100, “way of thinking” should be measured on a scale of minus 100 to plus 100. Inamori was convinced that with the right way of thinking, even if skills are not ideal, enthusiasm can make up for that deficiency.

Nevertheless, if a person’s way of thinking is wrong, you will never get good results. In fact, Inamori said that if all a company has is skills and zeal to succeed, it most likely will cause major damage to society. That is why he placed so much emphasis on the spiritual ethos of a company and its employees.

When Inamori was making major decisions concerning matters like M&A and the establishment of KDDI, he would always repeatedly ask himself whether his motives were pure and unselfish.

The Kyoto Prize and the Inamori Foundation

Another one of Inamori’s major accomplishments was his establishment in 1984 of the Kyoto Prize. It is an international award that honors individuals who have made significant contributions to the advancement of human society through their efforts in the fields of science and technology or the arts and philosophy.

Inamori once said, “A human being has no higher calling than to strive for the greater good of humanity and the world.” In line with that philosophy, in 1984 Inamori contributed ￥20 billion JPY ($144 million USD) in cash and Kyocera shares for the establishment of the non-profit Inamori Foundation which administers the Kyoto Prize.

As Inamori was still only in his fifties at that time, he received criticism from some quarters for acting “presumptuous.” However, today the prize is regarded as Japan’s version of the Nobel Prize. Indeed some of the recipients have gone on to win the Nobel Prize, including Professor Shinya Yamanaka, honorary director of the Center for IPS Cell Research and Application at Kyoto University who received the 2012 Nobel Prize in Physiology or Medicine.


Recovering the ‘Heart’ of Japan Airlines

In his books and speeches, Inamori liked to repeatedly emphasize the following message. “What should be the purpose of life for human beings? It should be to develop their heart. By improving the state of his or her soul, a person can develop a heart that is at least somewhat better than it was at birth by the time he or she dies.”

As he sought to do so in his own life, Inamori became more and more devoted to Buddhism. In 1997, he retired from his positions as chairman emeritus of Kyocera and DDI Corporation (which was merged into KDDI Corporation in October 2000).

Eventually, Inamori was ordained as a Zen Buddhist priest.

However, he was urged by many people to continue to make his management skills available, and in 2010 he was coaxed out of retirement to deal with the knotty problem of restructuring Japan Airlines, which was in truly sorry shape at the time. The V-shaped turnaround that he engineered further secured his status as a management legend.

In the final video message Inamori recorded in July 2019 for the global assembly of the Seiwajyuku, the global management school he founded, he reflected upon his own life.

“I don’t believe that the things more wonderful than I could ever have imagined, that I have encountered on so many occasions, were by any means due to my own good fortune or my abilities. Trying to live in a better way and with pure thinking is what invites good outcomes in one’s destiny.”

The Inamori Library of the Inamori Kazuo Kenkyukai, established in August 2020 by several leading academics, is the depository for voluminous writings on management that Inamori donated. Inamori once wrote that he was convinced that the management results attained at Kyocera over more than a half-century were not due to any personal “miracle,” but rather the “management principle” of getting all employees actively involved in management.

Even after he turned eighty, Inamori would visit the Inamori Foundation two or three times a week. However, in his last years Inamori ate little and rarely ventured outside his house in Kyoto. When officials at the Kyocera Foundation had business to discuss with him, they would go to his home.

Even though the COVID-19 pandemic kept Inamori pretty much homebound, he did continue to write. As of October 2020, more than 20 million copies of books by Inamori were in print worldwide.

Inamori’s example of setting high ideals for himself and adhering faithfully to them in practice will no doubt continue to provide guidance on how to live one’s life to members of future generations.