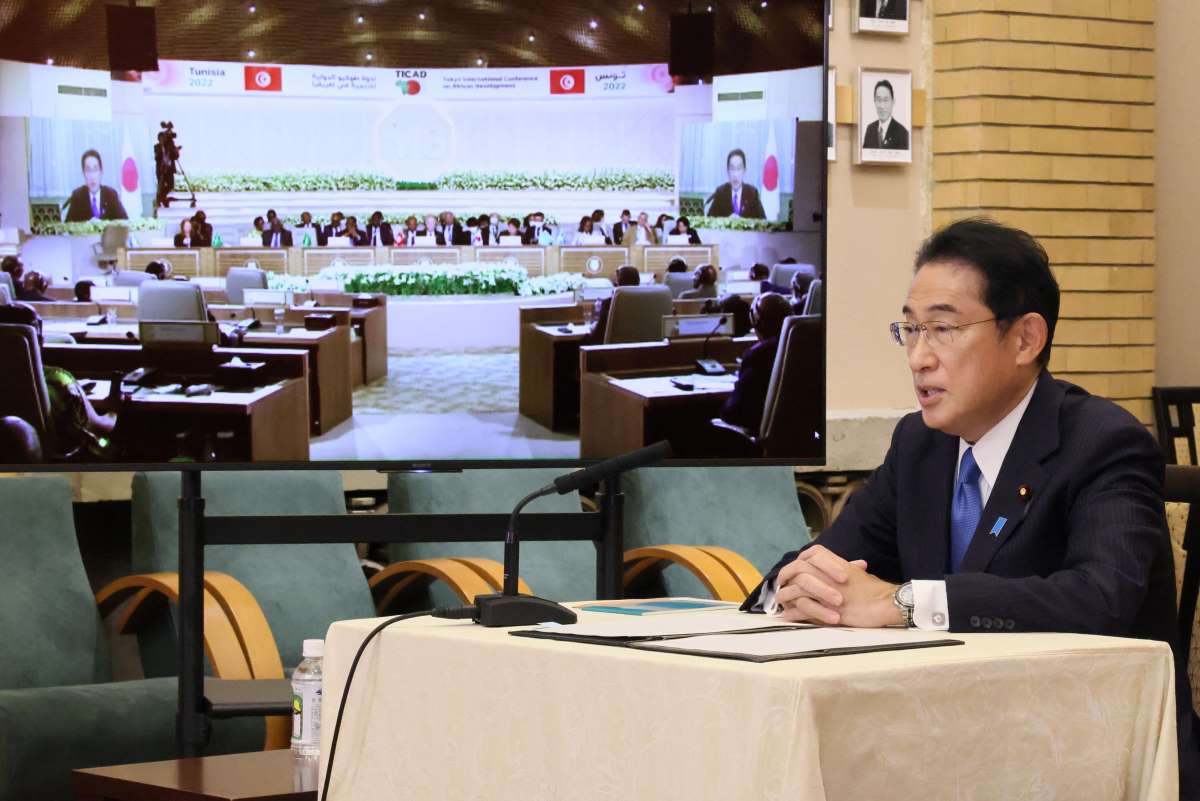 CAIRO, Egypt — Africa’s 54 countries are home to more than 1.4 billion people. Dubbed the “final frontier” for its promising investment opportunities, the continent has drawn the attention of investment circles around the world.

On August 27 and 28, the Tokyo International Conference on African Development (TICAD) was hosted by the Japanese government in Tunis, the capital of Tunisia. One of the aims of the conference was to roll back the influence of China, which has been providing large-scale infrastructure support, and Russia, which has strong military ties to Africa.

But it won’t be easy for Japan to find an opening in the close political relations that China and Russia have already forged with the continent.

China’s penetration into Africa started in the 1960s through financial and labor assistance. In 2000, the country established the Forum on China-Africa Cooperation (FOCAC), similar to Japan’s TICAD.

In recent years, China has established a broad relationship with Africa in areas such as economy and security by bolstering cooperation with a focus on infrastructure financing under the Belt and Road ​​mega-economic zone initiative.

According to Chinese media and other sources, China has remained Africa’s largest trading partner for 12 consecutive years until 2020. At the 2015 and 2018 FOCAC sessions, China pledged $60 billion USD in financing to Africa. Although that amount was reduced to $40 billion USD in 2021, China has demonstrated its overwhelming presence through the railroads, roads, and other infrastructure throughout the continent that were made possible by its financing.

China has exerted influence in Africa through United Nations diplomacy and other means by offering massive loans. But in recent years, concerns have risen that China’s “debt traps” have left developing countries drowning in unsustainable debt.

In 2021, a wave of local outcry in Uganda was prompted when it emerged that China would seize the African country’s international airport if it failed to repay the $200 million USD loan that went into the facility.

Meanwhile, Djibouti, a key maritime hub for China’s Belt and Road initiative, carries a debt of nearly 40% of its GDP. In 2017, it became host to China’s first overseas military base.

Despite the massive debts incurred by many African countries, the Chinese government has denied the “debt trap” accusations, calling them “baseless.” In August, it even announced its intention to forgive 23 loans from 17 countries.

While this is believed to be China’s attempt at fending off criticism, it has managed to persuade some to believe that the country has begun to respect Africa’s wishes.

In June, China hosted its first conference on security issues with countries in the northeastern region known as the Horn of Africa, signaling a new wave of Chinese diplomacy.

Russia’s invasion of Ukraine has ushered in difficult times for Africa, whose economy was already battered by the ongoing COVID-19 pandemic, as many of its countries depend on both Russia and Ukraine for food.

According to a report by the African Development Bank, the pandemic pushed some 30 million people into severe poverty across Africa in 2021, and 22 million people lost their jobs.

It is estimated that another 1.8 million people will face severe poverty as a result of the Russia-Ukraine war, and this trend is expected to continue for at least several years.

The prolonged conflict between the two major agricultural powers has cast a dark shadow over the food security of the African people. According to the Food and Agriculture Organization of the UN (FAO), Eritrea and Somalia are more than 90% dependent on Russian and Ukrainian wheat for their domestic supply. Egypt, which has a population of more than 100 million people, is also more than 70% dependent on the two countries in conflict. Other countries face similar concerns.

Decades of Dependence on Russia

The food crisis has also brought on currency depreciation and inflation. A 33-year-old housewife in Cairo, the capital of Egypt, said: “All of my bills have gone up, including water, gas, and electricity. I’m going on a family trip during the holiday in August and also need to buy school supplies for my children for the new school year. It’s a big burden on top of my increasing expenses.”

During the Cold War era, many African countries had close ties with the Soviet Union. Its successor state, Russia, has become the largest arms exporter to Africa.

In April, after Russia invaded Ukraine, a vote was held by the UN General Assembly on a resolution calling for the suspension of Russia’s rights of membership in the Human Rights Council. Among African countries, 32 either abstained or voted against the resolution.

United States penetration of Africa has been slow, but it plans to invite the heads of state to Washington in December 2022 for a US-Africa summit.