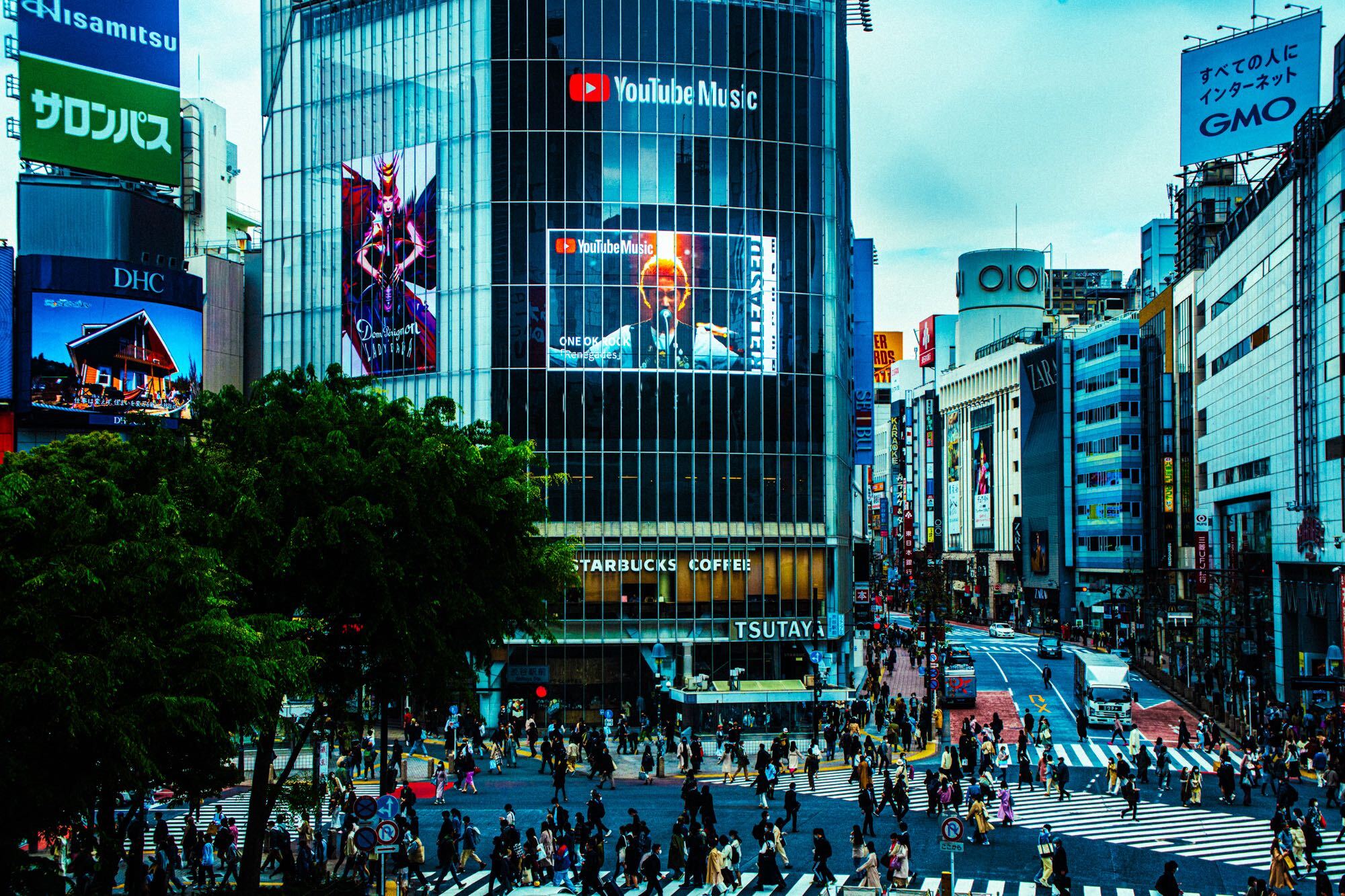 ONE OK ROCK's release of "Renegade" announced on the big screen at Shibuya Crossing (Credit: ONE OK ROCK official Twitter)

ONE OK ROCK didn’t disappoint fans who tuned in to their first YouTube livestream on Thursday, May 27, as the world-renowned Japanese band unveiled three surprises:

For those who missed the livestream, you may replay it here.

During the live stream, which started at 11:30 PM Japan time on May 27, the band counted down to midnight for the release of “Broken Heart of Gold” on major music streaming platforms.

The accompanying track to the upcoming last Rurouni Kenshin film, Rurouni Kenshin: The Beginning, the song was earlier introduced only through a few strains played in the movie’s trailer.

With somber lyrics that capture the themes of the last of the Kenshin films, the new song was created by ONE OK ROCK with Grammy-nominated producer Dan Lancaster. The band had previously worked with him on tracks such as “Taking Off” and “Eye of the Storm.”


Watch the lyric video for “Broken Heart of Gold” here.

Along with the official release of the lyrics video of “Broken Heart of Gold,” the band announced a global open call to their fans to submit their own music video for the emotional ballad.

The winning entry will receive ¥500,000 JPY and their work will be posted on ONE OK ROCK’s YouTube channel as the song’s official music video.

For interested applicants, more details regarding the contest can be seen here:

4 Days of Rocking Out with Fuji-san

Fans in the YouTube livestream’s live chat erupted in excitement as the band announced their four-day online acoustic concert, which will be held July 22 to 25. There will apparently be a live audience, but limited in size.

For those who have followed the band for so long, everyone knows how special and emotional ONE OK ROCK’s acoustic performances are, and for them to dedicate four days for that is every fan’s dream come true.

If that was not special enough, the band also announced that the online gig will be held in Yamanashi prefecture, home to the northern part of the beautiful Mt. Fuji. Will we see the iconic volcano on the backdrop when the band performs then? JAPAN Forward will update you once we get hold of further details!

Showing the Fans Some Love

As a prelude to their announcement of the music video-making contest for fans, ONE OK ROCK set aside a segment of their YouTube livestream to show some fan covers and analyses of their song “Renegades,” the theme for the second to the last film, Rurouni Kenshin: The Final.

Watch the videos, which Taka, Toru, Ryota, and Tomoya obviously enjoyed and heaped praises on:

ONE OK ROCK’s YouTube special comes on the heels of the two final Rurouni Kenshin films, to which the band has provided the soundtrack.

A staple in the film franchise since its inception 10 years ago, ONE OK ROCK has become almost synonymous with the character of Kenshin. Many fans like myself believe that no Kenshin film would be complete without the sound of the J-rock veterans playing as the films’ credits roll. (Trivia: ONE OK ROCK frontman Taka is good friends with Kenshin himself, actor Takeru Satoh.)

In 2021, for their first release in over two years, ONE OK ROCK unveiled the anthemic “Renegades” as the accompanying track to the first of the last two Kenshin films. Rurouni Kenshin: The Final was released in Japan on April 23rd.

Watch the music video for the Japanese version of “Renegades” here.

For the second final movie Rurouni Kenshin: The Beginning, set for release on June 4th, the band unveiled the aforementioned “Broken Heart of Gold.”

As the band closes the final chapter of the story of Kenshin, fans of ONE OK ROCK will surely have more to look forward to as the acoustic live draws near and signs of a new album are on the horizon.

ABOUT ONE OK ROCK:

ONE OK ROCK was formed in 2005, when the current members were in their late teens. The group takes its name from the Japanese pronunciation of “one o’clock” (wan-ō-ku-ro-ku). It’s in reference to their experience when they were starting out, when they used to book studios for their band practice at one o’clock in the morning since rent was cheaper during the odd hours.

The rock band has gone on to release nine studio albums; a 10th release is expected in 2021. The band has achieved growing mainstream and international success, thanks in part to their last three albums, all of which were released in two versions: one with mixed English-Japanese lyrics, and one with purely English lyrics. The group has also collaborated with well-known international artists, like Avril Lavigne, All Time Low, 5 Seconds of Summer, and Ed Sheeran. ONE OK ROCK is signed to the American record label Fueled By Ramen alongside bands such as Paramore, Panic! At The Disco, and Twenty One Pilots.