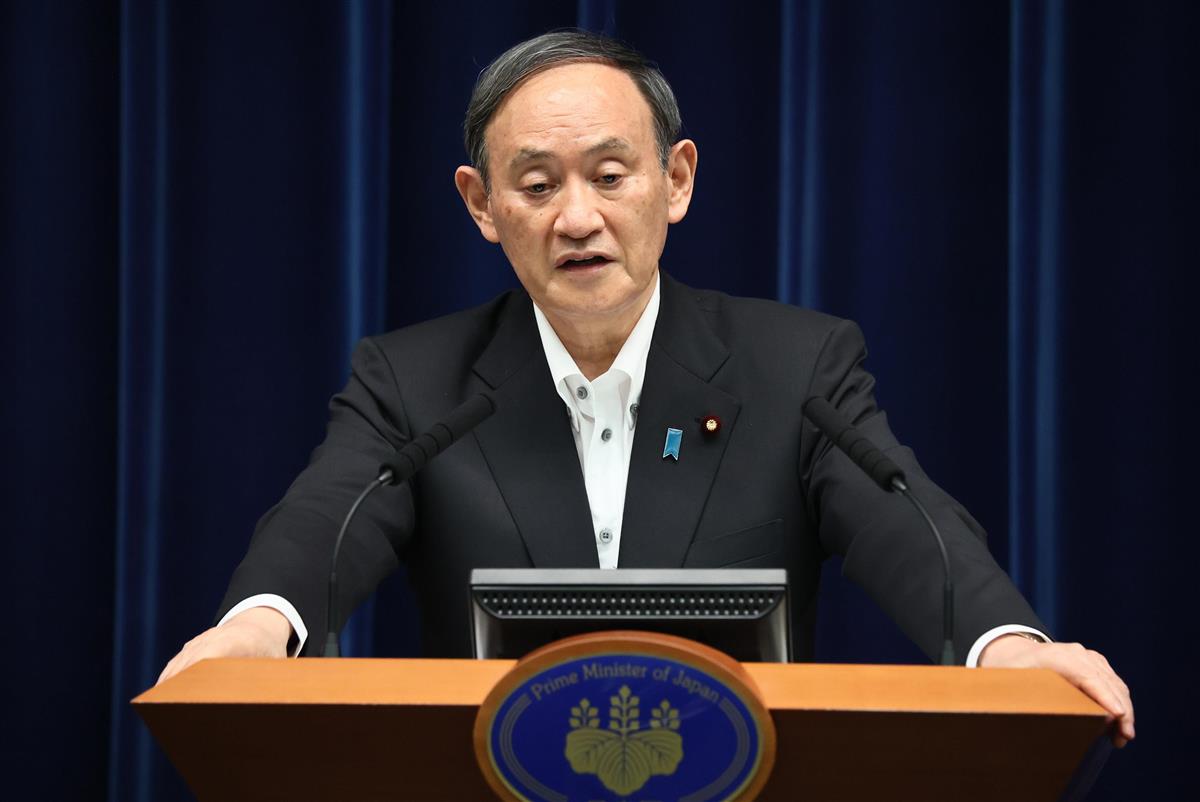 The Sankei Shimbun and Fuji News Network (FNN) jointly conducted a nationwide weekend opinion survey on May 15 and 16, revealing strong public unease over the current state of affairs.

According to poll results, public support for Prime Minister Yoshihide Suga’s Cabinet slid sharply to 43.0%, down 9.3 percentage points from the previous poll conducted on April 17 and 18. Simultaneously, disapproval of the Cabinet climbed to 52.8%, surpassing its approval.

Dissatisfaction with government measures on the COVID-19 pandemic appeared to be a factor pushing down approval of the Cabinet. 69.5% of those surveyed said they “disapprove” of the government’s handling of the health crisis, up 9.8 points from the previous poll.

Of those polled, 46.1% said the duration of the state of emergency – now expanded to nine prefectures and extended to the end of May – is “too short”. Nearly as many, 44.2%, said the duration is “reasonable,” according to the findings.

Meanwhile, 41.2% of those responding look favorably on the government vaccination schedule, up 4.6 points from the previous poll. The schedule calls for vaccinations of senior citizens to be completed by the end of July. The results suggest that, while prospects for vaccinations are looking brighter, public anxiety, particularly over the highly infectious variant strains, remains deep-rooted.

62.7% said they would favor introduction of a “vaccine passport” attesting to the holder’s vaccination status.

Prospects for the Tokyo Olympics

The low prospect for bringing the COVID-19 crisis under control soon seems to have cast a shadow over the public’s expectations for the Games. On the other hand, public support for priority vaccination of Olympic athletes and those accompanying them has risen to 75.3%, according to the survey.

On the steps toward revising the Constitution, the prerequisite bill to amend the National Referendum Law has been approved by the House of Representatives and appears likely to be passed by the House of Councilors (upper chamber) of the National Diet by the end of the current session – about three years after its introduction. It would improve access to voting by installing polling places at railway stations and commercial facilities, among other points.

Asked whether the ruling and opposition parties should proceed with debate in the Diet over amendment of the Constitution, 72% of respondents replied “yes”.

In addition, 68.2% said they favor amending the Constitution to add an emergency clause, which could empower the Cabinet to limit private rights in the event of a national crisis such as an infectious disease epidemic or terror attack. This suggests that public attention has been increasingly drawn to the issue of constitutional revision as the country struggles to fight against the spread of the COVID-19 infections.

Concerning the timing for dissolving the Lower House of the Diet for a general election that must be held by this coming autumn, 75.3% replied that the election should come “in October” when the four year terms of members of the House of Representatives will expire.

In reply to a question asking which political party they favor in the vote for proportional representation in the election, 33% said they favor the ruling Liberal Democratic Party, followed by 10.6% who prefer the main opposition Constitutional Democratic Party of Japan.

The survey covered a sample of 1,111 men and women aged 18 or older across the country. It was conducted over the phone via random-digit dialing (RDD), a sampling method for generating phone numbers in a random way according to gender and age bracket in the respective survey areas, until the target number of responses was reached. The ratio of fixed-line phones to mobile phones in the poll was 4 to 6, respectively.

The only time that questions were re-asked during the poll was when a reply about support for the Cabinet was unclear. In such instances, respondents were asked once again for their evaluation of the Suga Cabinet, with the reply options expanded to include “somewhat in favor” or “somewhat oppose” the Cabinet.