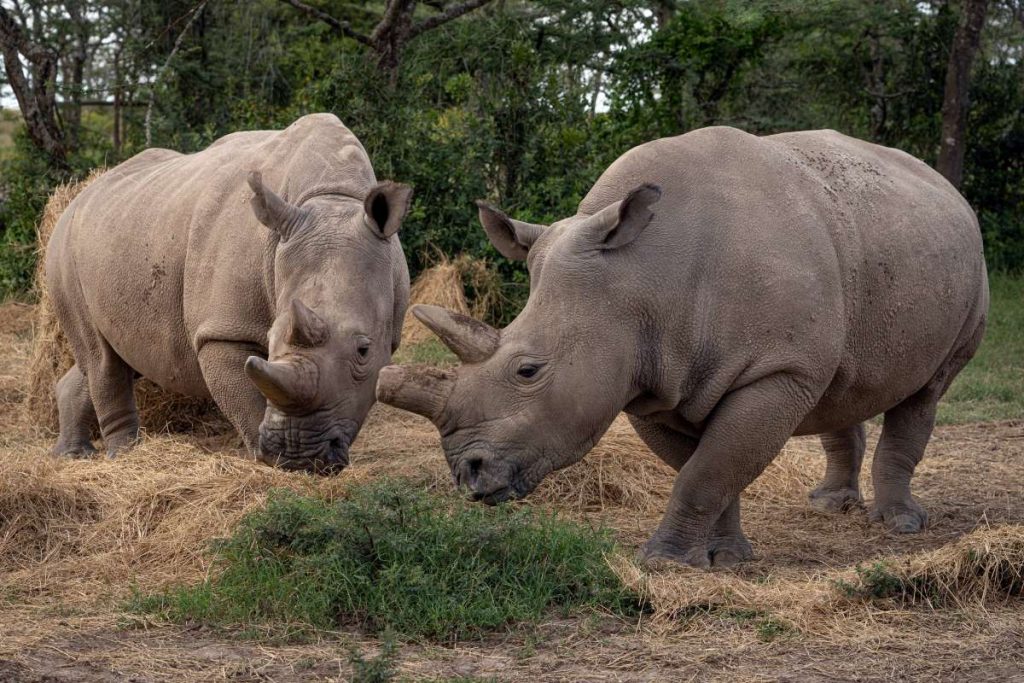 In a US-based scientific journal on December 9, an international research team announced a breakthrough in saving the northern white rhinoceros. The rhino is an endangered species of which only two animals remain in the world.

Including researchers from Osaka University, the team was the first in the world to create cells with the potential to form eggs and sperm using induced pluripotent stem (iPS) cells. The team aims to produce eggs within 4 to 5 years and use artificial insemination to prevent the species' extinction.

Northern white rhinoceros are native to Africa, but went extinct in the wild in 2008. Rampant poaching of its horns, which are sold at high prices, was to blame. The last male died in 2018, leaving only two surviving individuals, both female.

This mother and daughter pair live in a Kenyan sanctuary. But with no males, the species' extinction is only a matter of time.

Help from a Rhino Cousin

Although methods for producing human iPS cells are well established, the conditions for generating iPS cells from wild animals are different. For this reason, the team used the southern white rhinoceros, a closely related subspecies with a relatively large population, to ascertain the conditions. Applying these methods, the team then succeeded in generating iPS cells from the northern white rhinoceros, which have the potential to form reproductive cells, such as eggs.

Going forward, other cells that assist in the formation of reproductive cells will also be generated in order to produce eggs. Artificial fertilization will then be conducted using sperm that have been cryopreserved.

The living female northern white rhinoceros are approximately 60 and 40 years old in human terms. So the fertilized eggs will be transplanted into the uterus of a young southern white rhinoceros with the aim of bringing the next generation into the world. The team plans to also produce sperm from iPS cells in the future.

Katsuhiko Hayashi, professor of germline genetics at Osaka University explained. "We believe that this technology can be applied to a wide variety of mammals. We hope it will help in the preservation and reproduction of endangered species," he said.

This article was originally published on our new website Japan 2 Earth (J2E), sparking a transition to the future. Find more articles on endangered species here, on J2E.