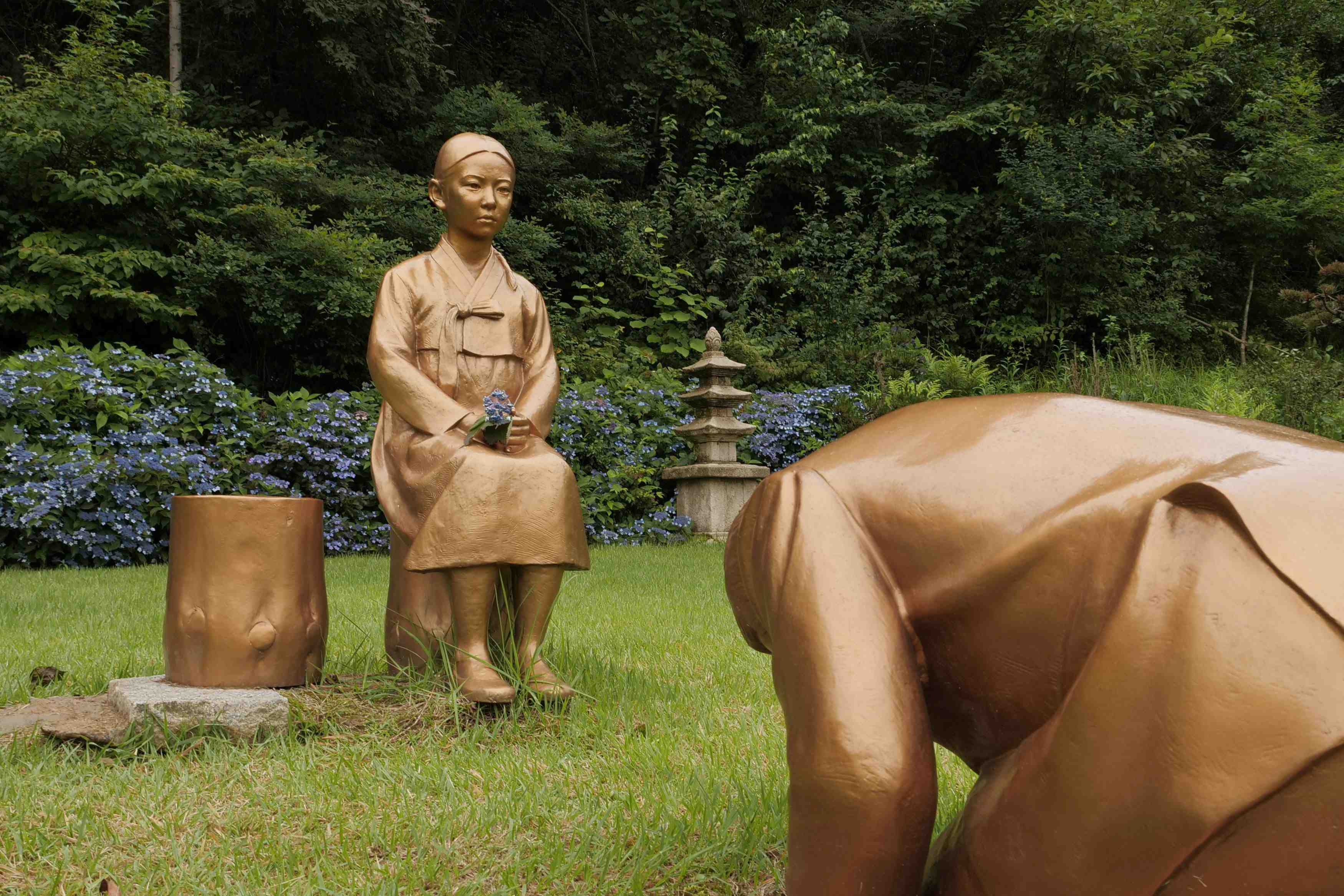 A comfort women statue placed in a park in South Korea. (© Sankei)

The Korean Supreme Court has neglected to rule on a defamation case brought against Park Yuha, professor emeritus at Sejong University in Seoul. Park was indicted by the public prosecutor over her book, Comfort Women of the Empire (Roots and leaves, 2018). In her book, the author contradicts the prevailing public opinion on the forced abduction of comfort women by the Japanese military.

October 27 marked the 5th year since the 2017 appellate court ruling which overturned the trial court ruling acquitting Park. An appeal was filed in the Supreme Court in late 2017.

In an interview with The Sankei Shimbun, Park points out that comfort women activism "started with good intentions, but applied the wrong methods."

The following is an excerpt of our interview with Park.

It has already been five years since the Supreme Court hearing began. What are your thoughts about it and the comfort women issue?

“Honestly, it's far too protracted and I'm disappointed. There is no explanation from the court as to why the ruling is delayed. And for the past two to three years, they have been accepting no written opinions.

The court may have come to a decision internally. But the judges will be criticized by the public, regardless of their decision. So they may be reluctant to share it openly.”

Why was your book, "Comfort Women of the Empire," so strongly opposed by comfort women advocacy groups?

The book appeals for a modification in their movement and has been well-received by the readers. This caused a cleavage among the left-wing groups. As a result, my book has become a barrier for the activists who sought legal reparations from Japan.

Likewise, these people have vehemently reprimanded me for believing my book influenced the agreement signed between Korea and Japan in 2015. That agreement declared the comfort women issue resolved 'finally and irreversibly.'”

What are the problems associated with pro- comfort women activism?

Because the focus has been on proving the Japanese government's liability for monetary compensation, they haven't turned their eyes to data other than unsophisticated materials like testimonials that supported their case.

I argue that the "judicialization of history" has begun. Each comfort woman had a different life, but the discourse metamorphosed into simplistic views. Such as, "They must have been happy because of high earnings." Or, "They were miserable given no wage was paid."

The violation of women's human rights in wartime is a universal and profound problem. Yet the activists ignored it, because proving [the universal problem] wasn't required to find Japan liable.

I acknowledge the positive intentions of the activism, including the aspirations of Japanese scholars who supported it. That said, although they had the right direction, they applied the wrong method.”

An increasing number of Japanese take the position of "refusing to speak with South Korea" as negotiations often stagnate. What are your thoughts?

Until recently, I have mentioned that the activists have labeled Japan as a "nation that refuses to apologize and compensate," and that this label is problematic. Because Japan's efforts are not adequately known within Korea, some misunderstandings exist.

However, many Koreans will understand Japan's position if they have accurate information. Sympathizing with the racists who despise Korea and Joseon [Chosen] and taking an attitude of "Koreans are fools, so don't indulge them," only encourages hardliners in Korea who are hostile to Japan. Now, is that acceptable?

The judiciary branch is also deeply influencing the issue of war era conscription, another major historical dispute between Korea and Japan. What are your thoughts?

At first glance, the plaintiffs seem to reinforce legalism as a means of negotiation. But they are responding more flexibly compared to the comfort women activists.

First and foremost, we must resume the projects of returning the victims' remains and establishing monuments. This was ongoing before the Korean Supreme Court ruling in 2012 that recognized Japanese corporations' liability.

Through different activities, I hope to find common ground shared between Korea and Japan.

You retired in August this year (2022). What are your future plans as an emeritus professor?

I plan to publish three books on different themes. One recaps the comfort women movement in the post-1990s.

Park Yuha, PhD, a professor at Sejong University, authored the book, Comfort Women of the Empire in 2013. The Japanese edition was released a year later. In the book, Park defines the comfort women issue as a violation of women's human rights under Japanese imperial rule but simultaneously suggests that the women had a "relationship of comradery" with the Japanese soldiers.

The book received several awards in Japan, including the Ishibashi Tanzan Memorial Journalism Award. In contrast, former comfort women in South Korea lodged a criminal complaint against Park for using terms like "prostitute," claiming it defamed their honor.

The South Korean district court acquitted Park. However, the appellate court reversed the decision in October 2017 and found her guilty of the charges. The case has been on appeal to the South Korean Supreme Court since 2017.