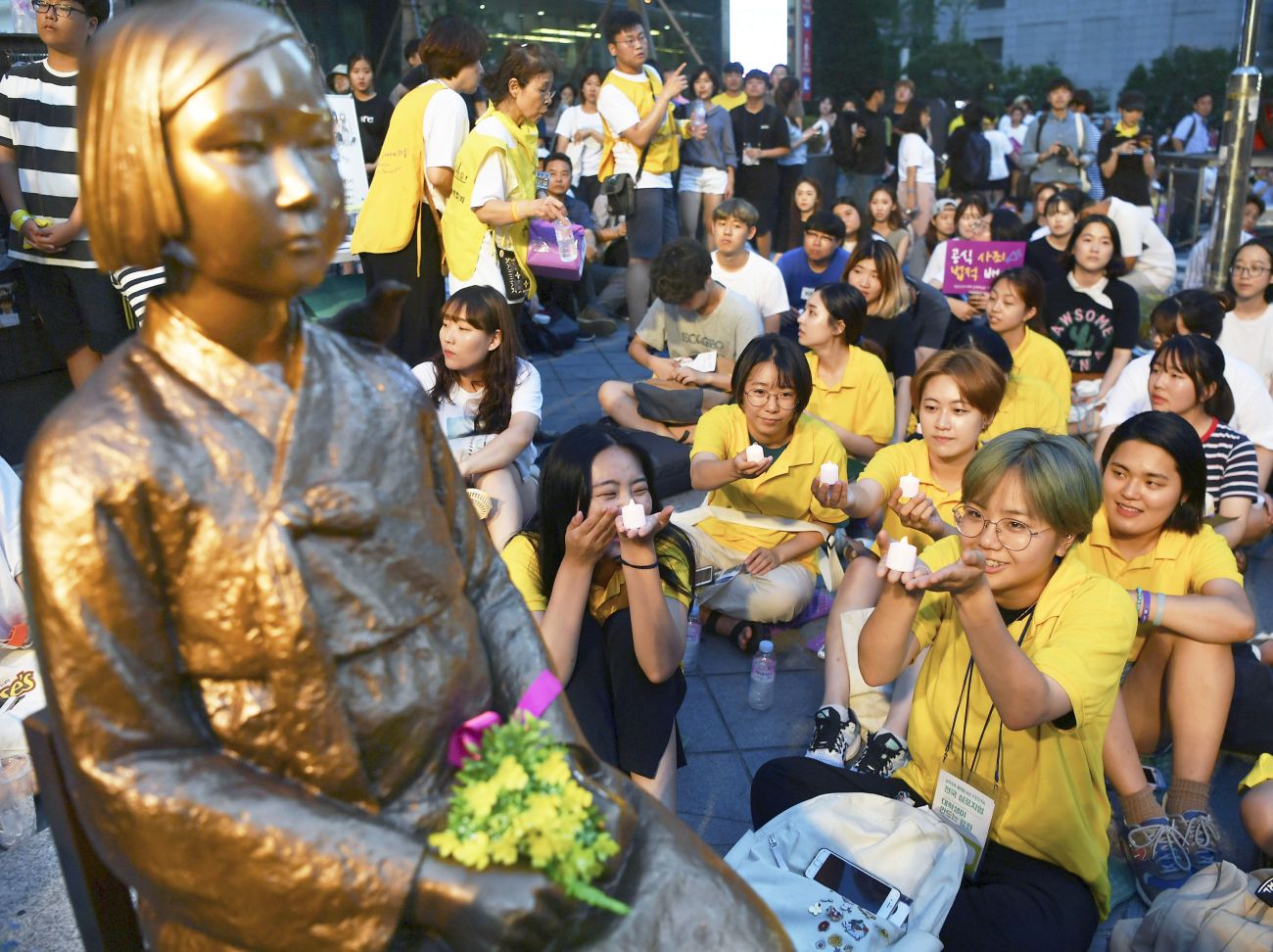 Part 2: The Comfort Women Issue: Bashing the Factfinders and Policing the Party Line

This is the last in a three-part series examining the significance of academic freedom and open debate. Readers may not interpret the facts or the arguments in the same way, but stifling debate leads to intense misunderstandings and explosive relations. This series is printed in the hope of promoting freedom of expression among our readers, in the academic environment, and beyond.

Waseda University professor Tetsuo Arima’s unparalleled expertise in historical documentary research explains why the overseas attackers, who whipped up the struggle session against Hardvard Professor Mark Ramseyer, targeted him next.

“In Japan, Waseda University is seen as perhaps just a normal school,” Professor Arima mentions, modestly downplaying the reputation of his very highly regarded school. “However, in some other countries there is an obsession with status. Harvard Law School is obviously an extraordinarily prestigious institution.”

He adds: “In other places in East Asia, Waseda also has high name recognition. Ad hominem, threatening attacks against professors at famous universities are an attempt to discredit the argument by cowing the messenger, but they are also tacit admissions that status plays a big role in motivating the assaults.”

Professor Arima mentions that, in Japan, it is unheard of for those on opposing sides of an argument to harass a publisher into not publishing an essay or article. He says of free speech and academic freedom:

In Japan, we do not have the culture of shutting down debate. If someone publishes something we feel to be defamatory, then we may contact the publisher or take someone to court. But it is unthinkable to harass a journal or magazine or professor to try to get someone’s arguments shut down preemptively.

Most of my students at Waseda, most university students in Japan, probably agree with the “forced abduction” thesis. But if someone takes a different view, then that is seen as his or her basic right of expression and free thought.

Free speech is protected in Japan — valued. This is another reason why I think that the real forces behind the change.org campaign against me are professionals working for organizations with a great deal of training and outside support.

Finally, he says: “I have studied many CIA documents in my research. The tactics I am seeing used against me are very similar to those deployed by intelligence agencies in the past.”

These overseas attacks reinforce a key point. Japan, despite the assaults on Professor Arima, remains a bastion of free speech in the region and the world. This is part of what the attackers seem determined to undermine with their intimidation campaigns and relentless Twitter mobbing.

Unfortunately, “committed to free expression” cannot be predicated of other places where the comfort women industry has taken hold, especially South Korea and the United States.

In November of 2015, Sejong University professor Park Yuha was criminally indicted by South Korean prosecutors for “defaming” comfort women in a scholarly book. The prosecutors asked for three years imprisonment for a professor who published a monograph. Park was acquitted, but then a Seoul court overturned her acquittal and she was found guilty in 2017 and fined ₩10 million KRW (¥972,014 JPY or $8,492 USD).

Former Sankei Shimbun Seoul bureau chief Tatsuya Kato was indicted by South Korean prosecutors in 2014 for “defaming” then-president Park Geun-hye in an article he wrote conveying information swirling in Korea about her possible neglect of a ferry accident.

The United States is quickly catching up in these anti-free-speech tendencies.

The campaign against professors Arima and Ramseyer heralds a new phase in the attack against academic freedom in the United States. For example, academics have been harassed, and many have been run out of their jobs, by anti-intellectual mobs incensed that they did not toe the party line on a given issue. Among them are independent thinkers such as Bret Weinstein at Evergreen State College, Peter Boghossian at Portland State University, Nicholas Christakis at Yale, Carol Swain at Vanderbilt, Gordon Klein at UCLA, William Jacobson at Cornell, Nicholas Wolfinger at Utah, Dorian Abbot at the University of Chicago, Stephen Bainbridge at UCLA, Samuel Abrams at Sarah Lawrence College, Laura Kipnis at Northwestern, and, yes, Jeannie Suk Gersen at Harvard Law.

Even United States Senator and Arizona State University Professor Kyrsten Sinema was mobbed in a bathroom by harassers employing the same coordinated, planned blitzkrieg tactics as are being used against Professor Arima and Professor Ramseyer.

The non-Japanese attackers take advantage of the free speech available in Japan, but on their own time they are in complete lockstep, the party line enforced down to the syllable. The comfort women have become a shibboleth for total submission to pre-fab narrative.

The message is crystal clear. If you do not conform to the prevailing opinion, you will be followed and attacked.

“It” means dissent from the party line. The attack panel will be highlighting the concept of peer review, to ensure that no journal anywhere ever dares to publish anything questioning the collectivists’ narrative again. As one of the attack group’s most prolific harassers puts it, “There is no room for debate.”

At the end of our interview, Professor Arima — who smiles often during our chat, beaming brightly despite being beleaguered by a torches-and-pitchforks brigade — assumes a serious mien.

“It is a violation of the rules,” he says, “for academics to try to silence one another. There must be academic freedom. There must be freedom of speech.”

Many others in Japan make this plea. Scholar of history and politics Tsutomu Nishioka, for example, and free-speech powerhouse Yoshiko Sakurai. As free speech dies elsewhere in East Asia and the world, Japan has emerged as perhaps the planet’s last bastion of learning how to let other people have their say.

But the doors may be closing on that, too. If Professor Arima’s assailants succeed in silencing him, then a corner may have been turned and the same tactics the attackers have used to enforce ideological homogeneity on the American and South Korean academies may have been proven viable in Japan, as well.

At a time when anti-free-speech forces are attacking free inquiry in Russia, the Philippines, China, and many other places around the world, American academics are harassing and intimidating editors and professors for doing their work. It is a troubling sign of the times.

Will Japan Survive the Overseas Assaults?

Japanese culture appears to be holding strong — for now. In response to the attack on Professor Arima, a counter-petition has been set up supporting free speech. He told me the counter-petition has nearly 11,500 signees as of the date of the interview — many more than the anti-free speech group could muster from South Korea and the United States.

“And,” Professor Arima concludes, breaking into a big grin as our interview concludes, “I used to have 35 Twitter followers, but now I have more than 10,000!”

I just checked — the number supporting the counter-petition is actually approaching 15,000. Professor Arima is being modest again. He really is leading the charge for free speech.

The question is, will others support him, or will the overseas attackers who mobbed Mark Ramseyer succeed in destroying Japan’s free speech and academic freedom, too?