Praemium Imperiale Returns in 2021, Recognizing Laureates in Arts from Brazil, the U.S., Australia 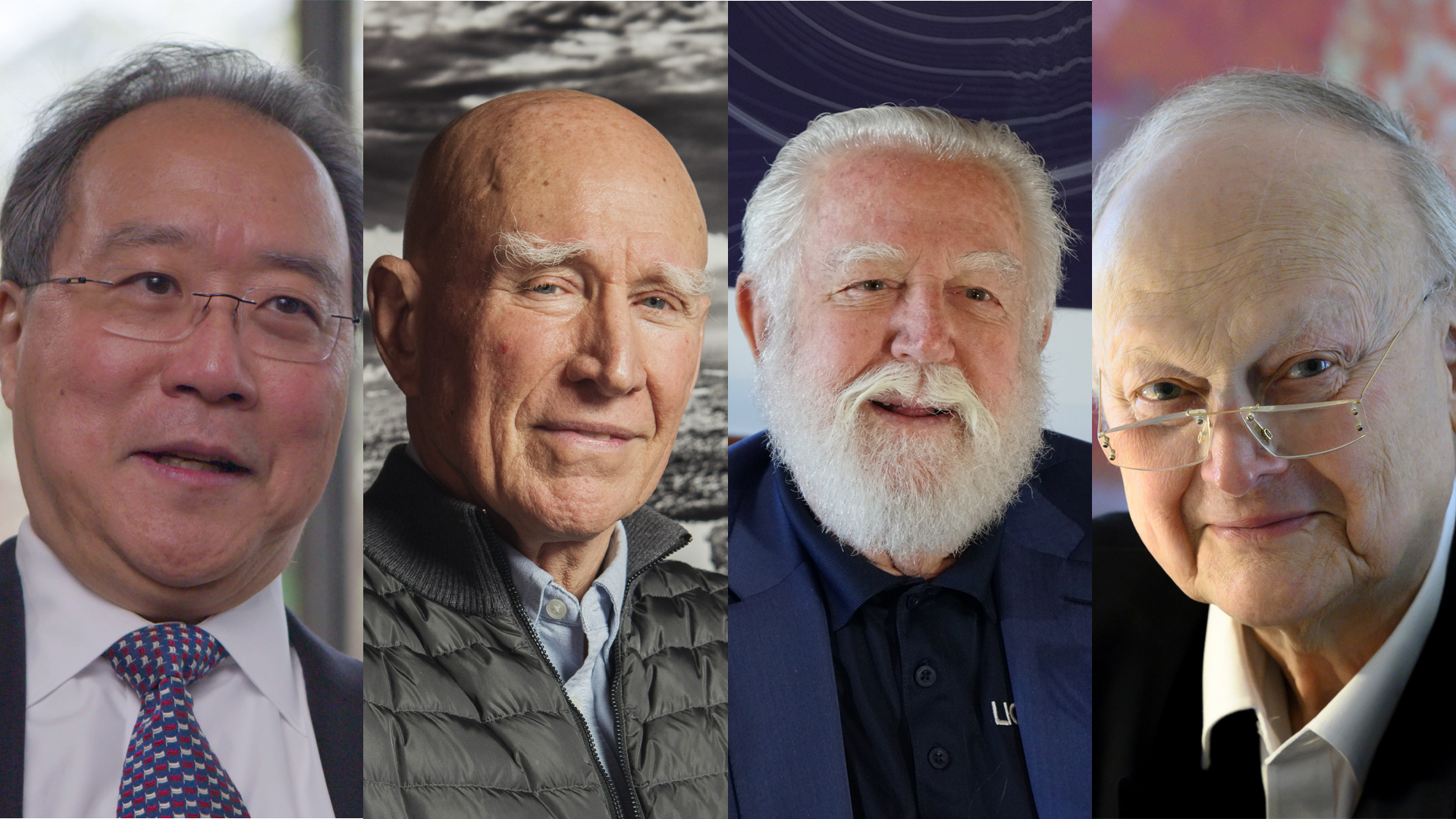 The Japan Art Association announced the recipients of the 32nd PRAEMIUM IMPERIALE, the world’s largest and most prestigious prize recognizing outstanding achievement in the arts, similar to the Nobel Prize in the sciences and literature.

The 2021 recipients, who have been recognized for their individual achievements, their impact on the arts internationally, and their role in enriching the global community, are:

Due to the impact of the coronavirus pandemic, no recipient was selected in the Theatre/Film category this year, as restrictions prevented many of the candidates from fulfilling the requirements for the award.

2021 marks the return of the Praemium Imperiale awards after last year’s awards and ceremony were canceled due to the pandemic.

The celebration will be modified, and due to continued health and safety concerns for all participants, no in-person award ceremony will be held this year in Tokyo. Each recipient will receive an award in October at the Japanese embassy or consulate general of Japan in the recipient’s country of residence.

Laureates will receive an honorarium of ￥15 million JPY ($136,000 USD), a medal, and a testimonial letter.

The Praemium Imperiale was established in 1988 to commemorate the centennial of the Japan Art Association, and to realize the wish of its honorary patron for 58 years, Japan’s late Prince Takamatsu, “to contribute to enhancing and promoting the cultures and arts of the world.”

The awards honor individuals or groups from all over the world for outstanding contributions to the development, promotion and progress of the arts.

MESSAGES FROM THE NEW LAUREATES

Each recipient expressed their gratitude to the Japan Art Association upon receiving the prize.

“I feel very honored to be given this distinction because I have always felt close to Japan and have the utmost respect for Japanese culture. As a Brazilian, I can say that Japan matters a great deal to us.”

“I am grateful to receive the Praemium Imperiale and feel its international reputation is deserved and enhanced by its previous recipients. It is a vital part of Japan’s role in making an international culture.”

“The Praemium Imperiale is a wonderful cultural gift to the arts, internationally. Being a 2021 recipient took me by complete surprise. It is simply wonderful for me, but especially for the profession of architecture in Australia. Even at 85, such an award encourages me to continue working for as long as I am able.”

“I am deeply honored to be receiving the Praemium Imperiale. I have tried to live not seeking honor but to do my best to live honorably, so to receive this unexpected honor is very humbling. I can only accept by thanking those who have made me, helped form me, and helped me on a journey of exploration and discovery, and to them I am deeply grateful.”

The Grant for Young Artists

In addition to awarding prizes across the five disciplines of Painting, Sculpture, Architecture, Music, and Theatre/Film, each year the Praemium Imperiale also recognizes a group or institution that encourages the involvement of young people in the arts with its Grant for Young Artists.

The 2021 Grant for Young Artists has been awarded to the state of the art institution, The Advanced Training School of the Central Institute for Restoration (Italy). The group will receive a grant of ￥5 million JPY ($45,000 USD) and an official diploma recognizing their achievement.

The grant was inaugurated in 1997 to commemorate the 10th anniversary of the Praemium Imperiale.

An Award for Excellence Over the Years

The young artists also join a long list of distinguished recipients dating back to 1997, when the inaugural Grant for Young Artists was given to commemorate the 10th anniversary of the Praemium Imperiale. (Find a full list of previous grantees here.)

The committee recommendations are reviewed by selection committees in the Japan Art Association, with final approval of laureates granted by the board of trustees of the association.

The Japan Art Association was established in 1887, and is the oldest cultural foundation in Japan. It operates the Ueno Royal Museum located in the Ueno Park in Tokyo and organizes and holds art exhibitions. Honorary patrons have been members of the Imperial Household beginning with Prince Arisugawa, and since 1987 Prince Hitachi.

ABOUT THE 32nd PRAEMIUM IMPERIALE LAUREATES

Internationally acclaimed photographer Sebastião Salgado’s powerful black-and-white works are instantly recognizable. They put a spotlight on the dispossessed and exploited, the beauty of nature, and the fragility of the world and its inhabitants.

As political refugees, he and his wife Lélia moved to France from Brazil in 1969. Initially trained as an economist, he took up photography full time in 1973. He works thematically, using only natural light, his photos posing serious questions about the imbalance of wealth and the impact of wars and disasters. Sahel captured the famine in Africa; Workers, the realities of manual labor; Migrations, the realities of migrants and refugees; while Genesis is an homage to the Earth’s natural beauty.

Since the 1990s, Salgado has been actively involved with environmental and reforestation issues through the Instituto Terra, an organization that he established with his wife in his home in Brazil. His latest work, Amazônia, is a seven-year exploration of the Amazon ecosystem and the way of life of its indigenous people. The book Amazônia was published in May 2021, and an accompanying exhibition is currently touring the world.

Fascinated by light from childhood, artist James Turrell has consistently explored the relationship between light and perception in the quiet, seeming simplicity of his works. Reflecting the silent meditation of his upbringing in a Quaker family, Turrell’s works reveal “even in a dream with our eyes closed, we see light.”

Born in Los Angeles, Turrell’s studies in Perceptual Psychology and Fine Arts provided the ideal grounding for his passion for working with light. In 1967, he held his first solo exhibition at the Pasadena Art Museum. Projection Pieces, with its light-projected, geometric shapes was “an epiphany for me, when I could actually get light to exist in the space, so you didn’t think it was on the wall, but you felt it occupied the space.”

Informed by his passions for philosophy, science, and flight, Turrell’s work over series such as Ganzfelds and Dark Spaces explores and plays with our understanding of what and how we see. 102 Skyspaces, with openings to the sky, give audiences globally the chance to contemplate the beauty of shifting nature of light. The apex of Turrell’s creativity is Roden Crater, an extinct volcano in northern Arizona, now the site of one of the world’s most ambitious artwork. Started in 1979 it is the location of a series of chambers and tunnels due to be completed by 2026.

Glenn Murcutt is an architect ahead of his time, an architect who has spent his career creating modest, environmentally-responsible buildings rooted in the climate and tradition of his native Australia.

Born in London, he spent his childhood in Papua New Guinea, studied architecture at a university in Australia, and started a private practice in Sydney in 1969.

He works primarily as a solo practitioner, allowing him to create “uncompromising work.” He also prefers to work without computers, drawing freehand, finding solutions to design issues instinctively. As he says, he is not a creator, but a discoverer, adding, “Every great building is already there, but to be discovered. It is not created.”

Echoing the Aboriginal phrase, “Touch the land lightly,” his architecture has a poetic beauty and lightness, in harmony with nature while, at the same time, the rationality of modernist architecture and ecological wisdom shine through.

His earliest commissions were for private houses, Marie Short House (1974-1975) being one of his most celebrated. More recent works include public projects, such as the Arthur and Yvonne Boyd Education Centre (1999), designed with architects Wendy Lewin and Reginald Lark, and the 2016 Australian Islamic Centre, undertaken with architect Hakan Elevli. Murcutt is the first Australian to receive the Praemium Imperiale.

Considered one of the greatest musicians of our time, cellist Yo-Yo Ma is also globally recognized as a passionate advocate for culture and its power to generate trust and understanding.

Ma was born in Paris to Chinese parents and began to study the cello with his father at age four. Three years later, he moved with his family to New York City. A child prodigy, he played before presidents Kennedy and Eisenhower in 1962, and has performed for seven subsequent U.S. presidents. Though trained in Western classical music, he performs compositions from a wide variety of composers and has actively entered collaborations with musicians from other musical genres and traditions. The Silk Road Project, established by Ma in 1998, has provided the opportunity to create genuine cross-cultural work with leading proponents of differing musical languages.

In 2018, Ma launched the Bach Project, setting out to perform Bach’s Cello Suites in 36 locations on six continents around the world, using those moments to explore and celebrate the ways local culture inspires imagination and helps build stronger societies. The winner of 18 Grammy Awards, he continues to reach out to the world with a message of hope, recording Songs of Comfort & Hope with pianist Kathryn Stott in October 2020, and making headlines in March 2021 with an impromptu performance at his vaccination center.

The Advanced Training School of the Central Institute for Restoration (Italy)

The Central Institute for Restoration (ICR) was founded in 1939 with the aim of conserving and restoring Italy’s cultural and artistic heritage, which had been threatened at the time by the outbreak of the Second World War. In 1941, the first specialist course in Europe for the training of professionals in restoration was created in ICR. The course subsequently led to the development of the Advanced Training School (SAF), dedicated to creating professional restorers for works of art, who could work in all conditions, wherever needed.

With a high ratio of staff to students, a total of 110 students are taught in two locations: Rome and Matera in Southern Italy. Each year, 25 students start the taxing five-year master’s course, carrying out theoretical and practical studies in the school’s laboratories and in the field, with the practical field studies accounting for 60% of the total coursework. Students can, from the start, find themselves having to ensure the safety of priceless works of art, particularly when dealing with the aftermath of damage caused by natural disasters, especially earthquakes. Students also take part in international projects in varying locations.

Graduates can be found working on Italy’s cultural heritage or in leading international institutions including the Louvre, the Rijksmuseum and the Getty Research Institute. The Grant will fund 30 student research projects.