Predictions 2023: A Year of Challenges Rocking the Postwar Order 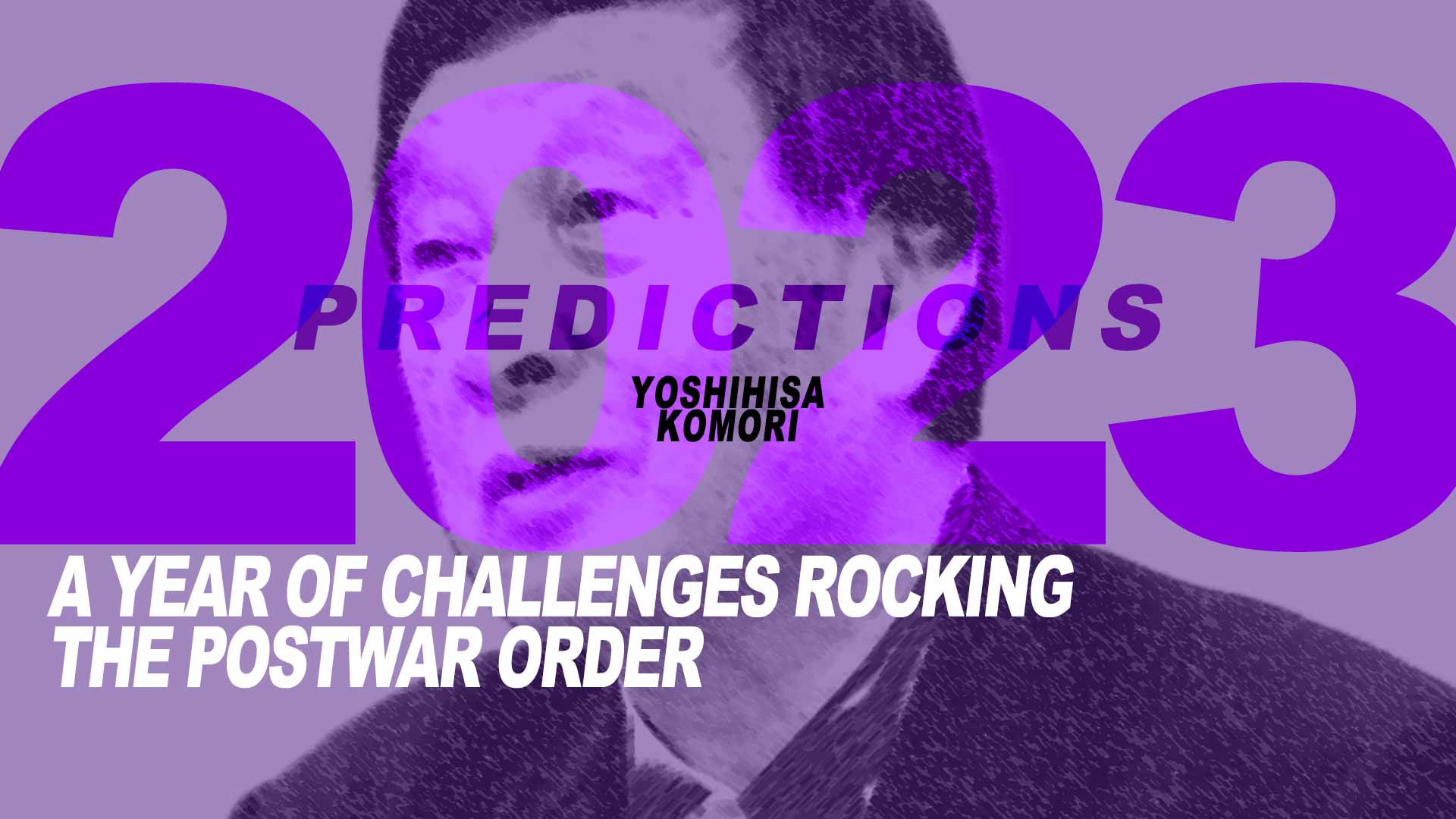 When each year draws to a close, it becomes time to look into our crystal balls and make predictions about what will happen in the coming year. Although international affairs do not move in tandem with man made calendars, whether we be in Washington DC or Tokyo, it is only natural at this time of year for us to pause and consider what the New Year has in store for the world.

In 2023, the world is likely to experience a groundswell of change so drastic that it might be termed historic. In these predictions, I would like to describe the five areas of turbulence which promise to be most intense.

Naturally, the dynamics of each of these are interdependent upon those of the other areas. Yet, they are divided according to their distinctive characteristics.

Predictions: Challenges to the International Order

First is the ongoing challenge to the existing international order. It appears that in 2023, revisionist powers will continue to fiercely attack the world as we know it. They will seek to undermine the international order created under the leadership of the United States that has held sway since the end of World War II.

Now, however, China has stepped forward and is attempting to destroy the existing international order. Russia is making similar moves. Iran and North Korea have followed suit in terms of adopting a harshly anti-American stance.

The second area of concern is the growing role of military force in international relations. In other words, the number of countries willing to resort to force to advance their national interests has been growing.

Russia's invasion of Ukraine is an easy-to-understand example of this. And Ukraine's most important means for resisting this aggression is military power.

Other examples are China's fortification of artificial islands in the Spratly Islands in the South China Sea. Yet another is the intrusion of armed Chinese vessels into Japanese territorial waters around the Senkaku Islands.

Beijing has also declared it is willing to use military force to achieve unification with Taiwan. It is clear that the military factor will continue to loom large in international affairs in the coming year.

A third trend is the drive by individual states to strengthen their own sovereignty. This ties into the rollback of globalization.

Interchanges between and among nations have been drastically reduced as a result of the COVID-19 pandemic. Even without that complication, globalization has been in retreat. Evidence of this can be found in the Trump Administration's "America First" declaration in the United States and the United Kingdom's withdrawal from the European Union (EU).

In short, individual nations are making more decisions unilaterally. As a result, manifestations of autonomy and the exercise of sovereignty are carrying more weight in international affairs.

Fourth, the importance of political principles is growing. In other words, ideologies are becoming more important for many nations.

The international order led by the United States is founded on clear political principles. Prominent among these are the concepts of liberal democracy, respect for human rights, and rule of law.

The challenge to this order arises from ideologies based on very different principles. Therefore, those who choose to stay in the existing international order support democracy, while rejecting communism and other forms of totalitarianism.

One consequence of this is that in international relations, nations will increasingly be compelled to articulate the ideologies they adhere to as states.

Fifth, we will continue seeing the collapsing dominance of putting the economy first in national decision making.

The economy first-first mindset has been based on a belief that if the economy of one's country is prospering and harmonious with the economies of other nations, then politics, security, and diplomacy, will all stay on an even keel. We should expect this belief to be shattered in the coming year.

Russia's invasion of Ukraine and the reaction to it by the West are evidence that the dominance of economics in international relations is becoming subordinate to other national security and political considerations.

Other examples are clearly found in the ways China holds economic ties hostage and manipulates them to leverage its global ambitions.

This brief overview of the international scene should make it clear that international turbulence in 2023 is likely to severely buffet Japan.

It seems fair to say that the state of the current international order, rising importance of military power, role of state sovereignty, political principles, and the retreat of the belief in economic supremacy will be dynamic. Moreover, these are issues that Japan has turned its back against since the end of World War II.

As the New Year moves forward, Japan will have to increase its attention to these uncomfortable issues. If it does not, it could inevitably find itself faced with national crises arriving from the outside.