Building Up the Chinese PLA: A Team Effort 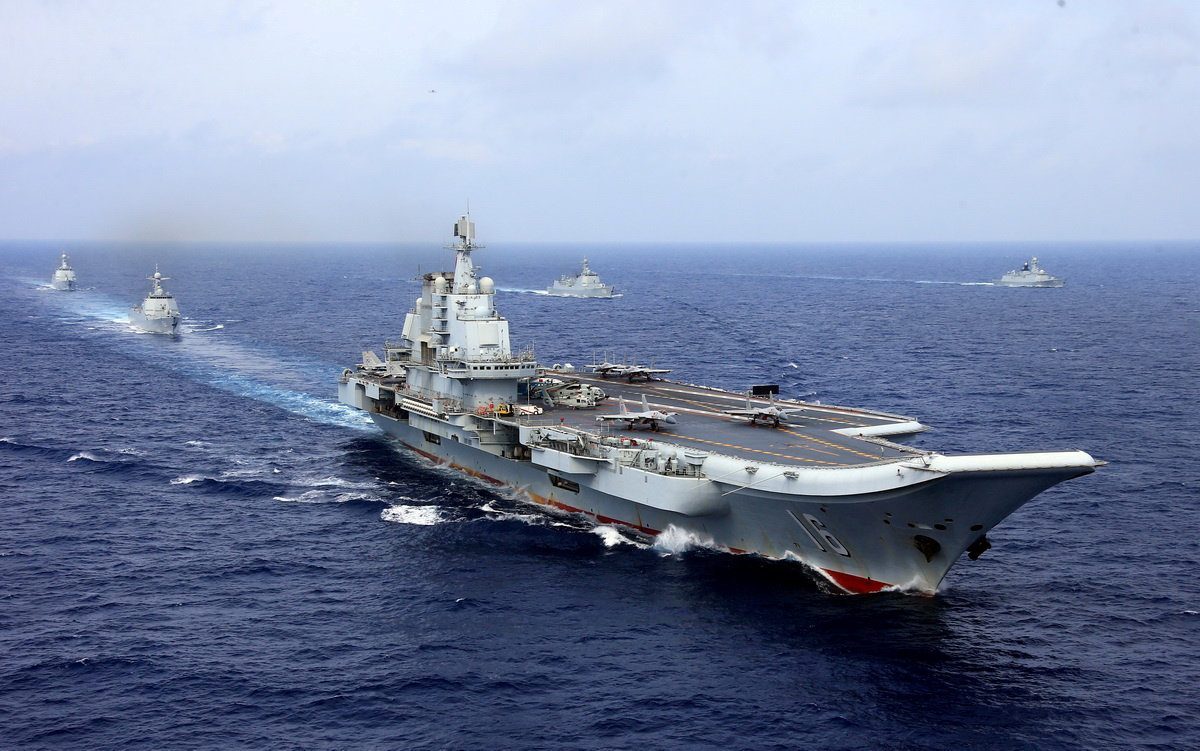 A former US Marine fighter pilot is awaiting extradition from Australia to the United States. He's charged with helping the Chinese PLA learn naval flight operations from 2009-2012. It's against the law to export such defense know-how without a license.

If the charges are true, he really shouldn't have done this – ie helping the People's Liberation Army improve its ability to kill Americans if and when the time comes.

This is bad enough, but one might ask: ‘just him'?

What About Culpable Wall Street and Silicon Valley?

Yes, teaching Chinese pilots to master the difficult art of flying on and off an aircraft carrier is at best stupid and at worst traitorous.

But how about providing the funding, the technology, and overall support for the People's Republic of China's (PRC) economic buildup? That is what allowed Beijing to build the People's Liberation Army (PLA) into a force that is now the "pacing" threat? In other words, a match for United States forces. And in some respects more than a match.

That's what Wall Street, Silicon Valley, and too many CEOs have been doing for the last 30 years or more. One forgets how many people were hoping their ship would come in (to use the 19th century term) in the form of a chunk of Chinese communist cash.

Those who sounded the alarm were called "loons" or "cold warriors" and were told they certainly knew nothing about the new globalized economy and so-called "shareholder value."

Who Waived the Rules for China

The White House and Congress got in on it too – letting the PRC into the World Trade Organization in 2001 on the promise that it would one day meet the rules for joining the WTO. It still hasn't.

This bolstered China's economy and hurt our own. And Beijing did not have to choose between guns and butter.

US financial regulators started listing PRC firms on American stock exchanges in 2013. That's important for getting the capital and foreign exchange to buy things like iron ore to make steel for PLA Navy ships. And for buying foreign technology (with military uses), among other things.

The Chinese companies had a waiver on disclosure requirements, since Beijing declared "the books" to be state secrets.

How many American or other nation's companies got special treatment? None.

And Washington lobbyists played their role – lining up for lucrative gigs representing Beijing's interests. And there's never been a shortage of ex-Republican and Democrat politicians willing to help out for a price.

How many former government officials were and are part of the revolving door between government sinecures, think-tanks, and consulting firms where they handle PRC clients and help them navigate rules and regulations that might hamper their business? The rough figure: A lot of them.

And remember our China Hands within the US government and our academic community.

There was only one authorized view of China. And that was as a non-threatening nation, just trying to find its place in the world. And to help things along, all engagement with the PRC was good engagement.

One Ivy League academic who served as a government official during the Clinton administration explained things succinctly:

The US Military Holding the Fort?

But certainly America's military leaders had China and the People's Liberation Army sized up and were taking necessary precautions? If only.

In the 1990's a respected, if not revered retired Marine General was working with an American company seeking to sell China rocket technology. He was successful.

One fairly asks if teaching Chinese pilots to land on aircraft carriers is worse than providing the PRC with MIRV technology? Take your pick.

On the US East Coast in 2007, the Chief of Naval Operations, Admiral Mike Mullen invited the head of the Chinese Navy (PLAN), Vice Admiral Wu Shengli to tour a US aircraft carrier and a fast attack nuclear submarine.

One former US intelligence officer noted about this and other such visits:

The PLAN officers would ask 100 questions and get 100 answers from their American counterparts, but whenever an American officer asked a PLAN officer a question...they got no answer.

In 2008 the then US Marine Corps Commandant visited the PLA Marine Corps on a "getting to know you" visit and gave the Chinese Marines a pep talk.

US INDOPACOM In On It Too

A year later, at a press conference while on a visit to Beijing the US Indo-Pacific Commander (USINDOPACOM), Admiral Thomas Keating didn't seem too worried about the PLA having aircraft carriers. He even offered to help.

"It is not an area where we would want any tension to arise unnecessarily," he said. "And we would, if they choose to develop [an aircraft carrier program] help them to the degree that they seek, and the degree that we're capable, in developing their programs.”

Even by the standards of what was going on in 2009 this was jaw-dropping.

In 2013, the Chief of Naval Operations, Admiral Johnathan Greenert hosted Vice Admiral Wu in San Diego for another visit aboard a US aircraft carrier and a Los Angeles-class attack submarine. Admiral Greenert noted that a better relationship with the PRC would prevent future miscalculation.

The People's Liberation Army was invited to the US Navy's premier RIMPAC exercise in 2014 and 2016. This was despite its aggressive behavior in the South China Sea – and targeting US Navy ships.

Engagement was going to transform Chinese behavior and help us avoid miscalculation.

US Army Wasn't Left Behind

The US Army was in on it too. This writer recalls one senior Army commander in the Pacific brusquely dismissing Japanese Ground Self-Defense Force warnings about China in 2013.

A senior Australian General in the room chimed in that there was nothing to worry about from the PLA. And, he said, he was going to "extend the open hand of friendship."

General Ray Odierno, then US Army Chief of Staff, said in early 2014 while on a visit to China that he didn't see anything to worry about from the PLA, adding that he looked forward to further engagement.

Then- Secretary of Defense Chuck Hagel pretty much characterized the "zeitgeist" among too much of the US military's leadership during this period. In 2013 after meeting Chinese Defense Minister General Chang Wanquan, Secretary Hagel commented:

Substantive military-to-military relationship is an important pillar for this strong bilateral relationship. The United States welcomes and supports the rise of a prosperous and responsible China that help solve regional and global problems.

There's plenty more. I won't mention the Sanya Dialogue, for example, but you get the idea.

Make no mistake, many officers and civilians had perfectly sized up the PLA threat. But few people, if any, wanted to hear it.

Remember the uproar when Captain James Fanell issued a warning in 2012? He said that China was developing its military with a future fight against America and/or its friends in mind. Captain Fanell's days were numbered.

Ironically, Admiral Robert Willard and key staff members at USINDOPACOM during 2009-2012 were a notable exception to the saccharine view of Communist China. Not surprisingly, Admiral Willard was unpopular in Washington DC. He was allowed to retire, instead of being asked to stick around and help get ready.

The Current Case of a Former Marine

Now back to the former-Marine in Australia.

The charges are serious. But if you remember how things were back then (it wasn't that long ago), there were many people doing things that helped out the PLA – directly or indirectly.

Indeed, building up China's military was a team effort.

They should have known better.

And it will be the young sailors, lance corporals, and privates who pay for their mistakes.