Predictions 2023: What Does the New Year Hold for Japan's Economy? 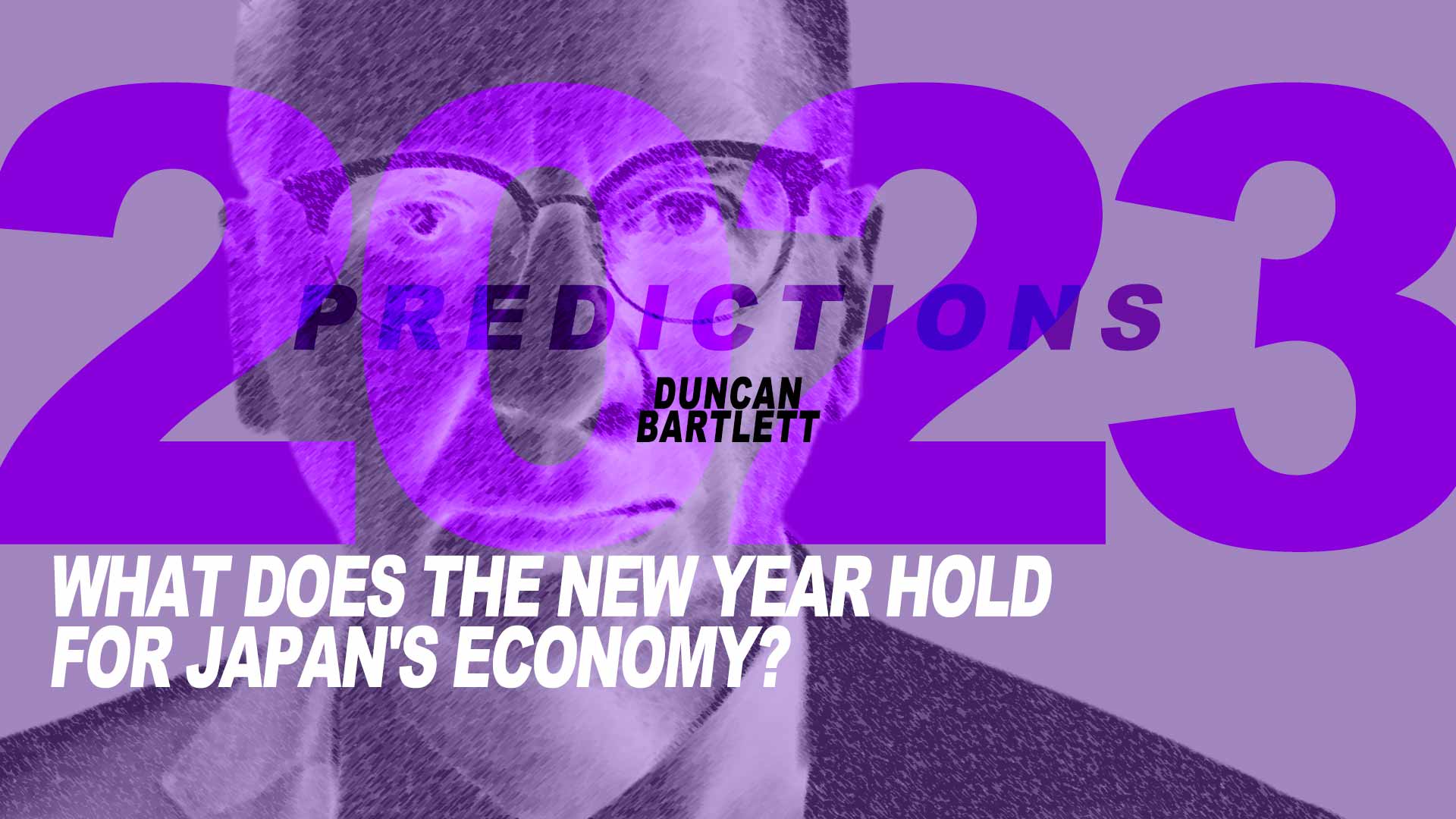 A struggle to control inflation, linked to a crisis in the energy markets, is the principal challenge facing governments and central banks around the world in 2023, according to predictions.

Japan has a lower inflation rate than Europe and the United States, even though the prices of food and fuel have increased sharply. The dilemma facing the Bank of Japan is whether to raise interest rates in step with the European Central Bank and the Federal Reserve.

Throughout last year, it had an almost unique approach of keeping interest rates ultra-low. Yet in December there was an indication that its strategy could be about to change. The Bank of Japan widened the band in which ten year government bonds could trade from 25 to 50 basis points.

Widening the curb on bonds is not the same thing as an interest rate hike. But nevertheless, traders took it as a signal that the Bank was very gently signaling a shift in policy.

BoJ has not put its foot on the accelerator. However, it is looking in the rear view mirror and considering if it should pick up speed.

My personal view is that it would be easier to adjust policy now rather than later in the year.

The Bank of Japan's governor, Haruhiko Kuroda, is respected by the markets but he will be replaced by someone new in April. There could be quite a jolt if there's a significant policy shift just as a new person takes over.

Prime Minister Fumio Kishida will choose a new governor from a short-list drawn up by civil servants.

Alongside the leadership transition, the Bank of Japan has pledged to hold a comprehensive review of its actions over the past decade. Among the issues to be considered is the recent slump in the value of the yen, which has pushed up the cost of importing already expensive fuel and food.

There are fears that Japan could slide into a recession in 2023. America and Europe are already in recession, with the situation in Europe looking particularly bleak.

Against such a background, the Japanese Trade Union Confederation ー also known as Rengo ー aims to use the spring shuntō wage negotiations to press for an overall increase in pay of around 5%, the highest level in 28 years.

In a move which may seem strange to foreigners, the conservative prime minister Mr Kishida is supportive of Rengo. Although he has not put a figure on his preferred pay increase, the prime minister is encouraging companies to pay their staff more if they can afford to do so. And he says that the 2023 shuntō is critical in enabling the Japanese economy to enter a "virtuous cycle of growth and distribution."

Hiroshi Nakaso, Chairman of the Daiwa Institute of Research, says:

Successful shuntō negotiations would ensure a high enough increase in wages to offset the cost of inflation. This would help remove people's  deflationary mindset ー which is deeply entrenched ー and pave the way for the BOJ's eventual normalization of monetary policy.

Mr Nakaso believes that too much responsibility for Japan's economic wellbeing has been placed upon the shoulders of the Bank of Japan. "More effort needs to be put into deregulation. We need to work towards structural reform to give a boost to the supply side of the economy," Mr Nakaso told a webinar about Japan's economy, organized by the Financial Times.

Professor Ulrich Volz from SOAS, University of London, also joined the discussion organized by the FT. He believes a good way to stimulate domestic demand is to improve the financial circumstances of young families.

"Japan has a demographic challenge which cannot be adequately addressed by monetary policy. The number of young people starting families has been declining. So why not invest in childcare and education, in order to make it easier and more affordable for families to have children - which is indeed very expensive in Japan?" Professor Volz asked.

The debate over families and childcare aligns with another significant issue for Japan in 2023: the role of women.

Prime Minister Kishida has placed women's economic empowerment at the core of his so-called "new capitalism" agenda. Many companies are now required by law to disclose information about gender wage gaps.

Masako Mori, former minister for gender equality wrote recently in the Economist: "Women are Japan's hidden asset. We must eliminate factors that hinder their success, and ensure they reach their full potential. This will be good for women and will also raise the birth rate and help Japan overcome its demographic challenges, too."

Professor Volz from SOAS notes that although the rate of female participation in the workforce has risen steadily, many women are only in temporary positions and are not well paid.

As countries seek to secure energy supplies, many are returning to the use of fossil fuels. Professor Ulrich Volz regards this as problematic from a geopolitical perspective and out of sync with Japan's climate goals.

According to the International Energy Agency, the share of fossil fuels in Japan's energy mix increased to 88% last year.

Professor Volz regards this as "excessive" and says "there is a great urgency to scale-up renewables."

Sayuri Shirai, Professor of Economics at Keio University, notes that for the time being the Japanese government seems determined to keep using imported coal but hopes to extract energy from it in clean ways.

She says China and other Asian countries are taking a similar approach.

"Unfortunately, Japan does not have a long term vision for renewables," Professor Shirai said during the FT's webinar. "The Federal government in the United States provides generous tax breaks to encourage investment over many years. However, in Japan the framework is very short-term. I fear this will discourage research and development."

Duncan Bartlett is a regular contributor. Read his articles and essays on JAPAN Forward.