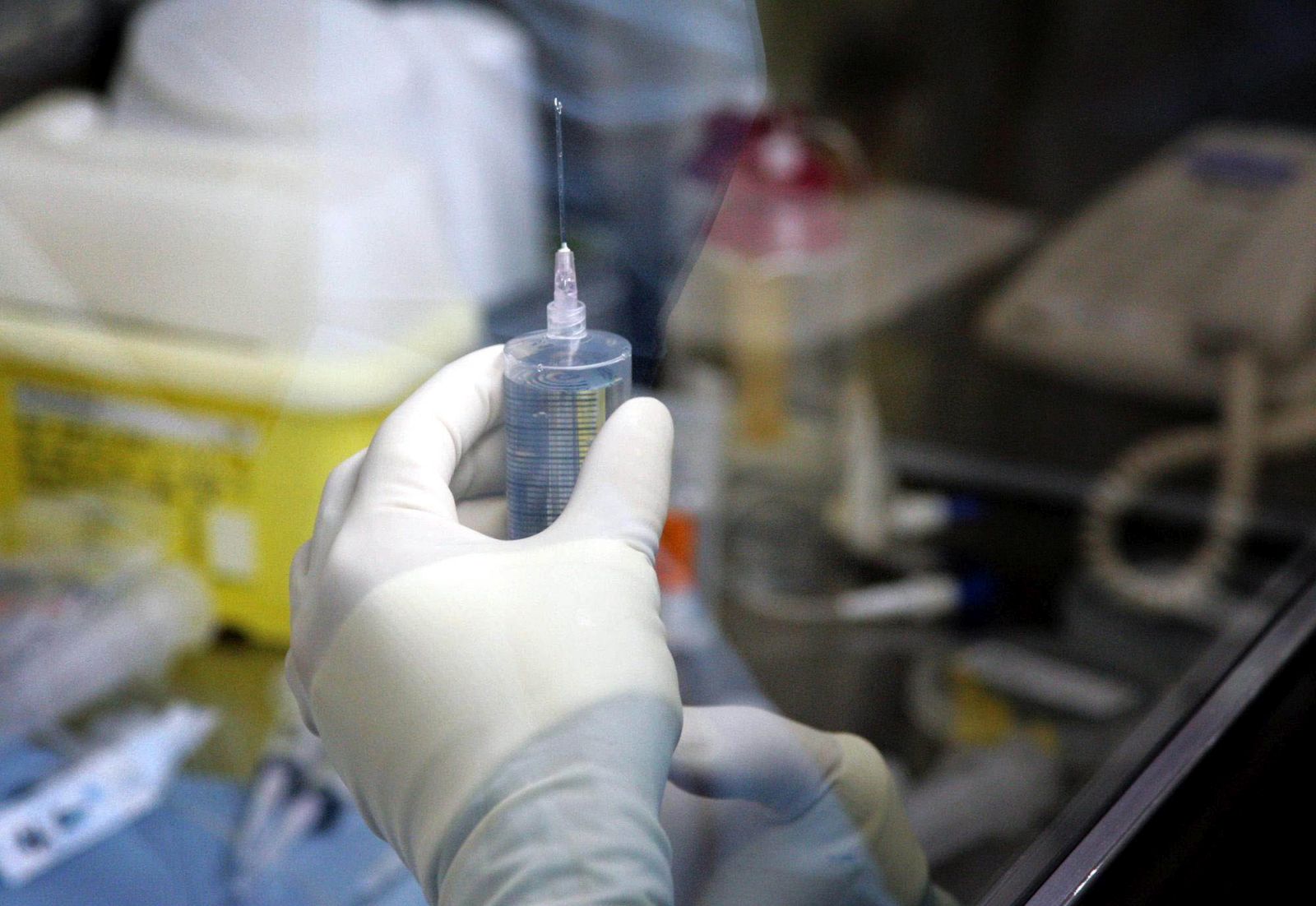 The novel coronavirus came into the lives of most people around the world only about six months ago. It has infected more than seven million people worldwide and taken the lives of more than 400,000. To tackle this threat to global health, Japan and many other countries are racing to discover a vaccine and make it available to everyone as a stepping stone back to normality.

Interest is high, but there are many technical aspects to the vaccine challenge. We take a look at the companies involved, the mechanisms they are researching, where they are in the process, and what we can expect in the end. We try to unpack some of these questions below.

How many vaccines are in development?

As of June 16, according to the World Health Organization (WHO), there are 11 vaccines undergoing clinical trials and 128 different vaccines in the pre-clinical trial stages.

Of the 11 in the clinical trial phase, five are projects in China, two in the United Kingdom, and the others in the United States.

What types of vaccines are under consideration?

The ultimate purpose of the vaccines under study is to inject the patients with a protein compound which safely strengthens the body’s immune system against the virus, without the patient having to contract the actual disease.

Broadly speaking, vaccines currently at the fore of the race fall under one of the following categories:

The most intuitive version may be the Weakened Virus Vaccine, which uses the proteins of weakened viruses. It is the type of vaccine we have the most historical experience with, but it is also thought to be costly and time-consuming to mass produce. Out of the five Chinese vaccines being tested, four projects fall under this category.

The Subunit Vaccine injects a part of the virus created in a laboratory into the patient to boost immune response. The only problem with this approach is that the immunity created with this technique tends to be rather weak, so these vaccines normally have to include an adjuvant to boost immunity. This is the approach taken by American biotech company Novavax.

The Recombinant Viral Vector Vaccine modifies similar viruses to manufacture a protein similar to the target virus. The idea is that if the virus vector protein is correctly manufactured, it can prompt the body in creating immunity against the coronavirus. This is the technique used by AstraZeneca PLC in the U.K.

The other two techniques inject genetic material of the virus, namely the DNA or RNA (also known as messenger RNA) material which contains the basic information on the COVID-19 protein.

These types of vaccines have never been approved for humans before, but they are quicker to develop and therefore gaining attention. The vaccine developed by Moderna Inc., the first in the U.S. to start clinical trials, uses RNA material. The lead vaccine candidate in Japan, developed in collaboration by AnGes Inc. and Osaka University, uses a plasmid DNA vaccine approach.

Who are the main contenders?

Currently, the vaccine at the most advanced stage of development is being developed by AstraZeneca and Oxford University (U.K.), and uses the viral vector approach. It is currently between phase two and phase three trials. A recently added trial is being carried out at Imperial College London.

The main U.S. contenders include a collaboration by Moderna and the National Institute of Allergy and Infectious Diseases (NIAID), which have pledged to start clinical trials in July. Other vaccines are under development by BioNTech and Pfizer (a joint U.S.-German project) and U.S. biotech Inovio. Not present on the WHO list is a vaccine by Johnson & Johnson, set to start clinical trials in the fall.

Manufacturers in China include CanSino Biological, which is developing a vaccine in collaboration with the Beijing Institute of Biotechnology. There are also a couple of projects by companies under the umbrella of Sinopharm.

Who are the Japanese contenders?

The Japanese vaccine candidate at the most advanced stage of testing is being developed by AnGes Inc. and Osaka University, with manufacturing by Takara Bio Inc.

Osaka Governor Hirofumi Yoshimura announced on June 17 that a set of clinical trials are set to start on June 30. They will involve 30 medical workers as test subjects to verify preliminary safety and efficacy of the vaccine, with first results expected in September. If successful, they will move ahead to more extensive trials in October, involving several hundred subjects.

Other developers include Shionogi & Co., KM Biologics Co., and ID Pharma Co., which are carrying out research in collaboration with the National Institute of Infectious Diseases.

What is the timeline for vaccine development?

Many scientists have been cautious in their estimates, saying that a best-case scenario can take between a year and a half and two years.

Some companies are aiming to start production as early as autumn 2020, with distribution potentially in the spring of 2021.

This would be record time, considering vaccine development on average takes 10 years, according to the World Economic Forum.

How can the development be so fast?

It appears to be a combination of knowledge from experience with previous coronaviruses, technology, unprecedented funding, and incentive.

Shortened timelines mean that manufacturers are testing safety and efficacy at the same time, instead of in succession, thereby saving time without sacrificing safety.

Are we sure there will be a vaccine?

The short answer is no, because a virus such as HIV does not have a vaccine until now, and many vaccines don’t make it past the clinical trial stages.

However, early stages of testing for a COVID-19 vaccine have led experts to be cautiously optimistic.

If successful, how long will immunity last?

It’s still unclear. Experts speculate immunity from a successful vaccine might last up to a year, but it’s by no means certain at this point.

Some are concerned that immunity might last as little as six months, in which case the next question is how many times people will have to get a boost in order to maintain immunity.

Why are so many manufacturers in the race?

Even if a vaccine is developed, there is a significant difference between laboratory success and making it accessible to the population of the world.

This is why drug manufacturers are already ramping up their production capacity. If a vaccine is approved, then it can be produced with all due speed.

Even so, glitches in the supply chain are starting to appear. On June 9, Reuters reported a shortage of glass vials used for testing and clinical trials. This helps explain the logistical hurdles of carrying out a mass vaccination of the world’s population.

Will the vaccine really be accessible to the world?

Several countries are in a race to make sure that they can secure a vaccine in case accessibility to one version becomes an issue. It would guarantee doses for people of that country at least.

For example, concerns have been voiced that China might not be so quick at playing by the rules in sharing the vaccine, if it develops one.

During an interview on Japan’s BS Fuji Prime News program, the lead researcher for Japan’s top vaccine candidate, Ryuichi Morishita, commented on this: “There is a possibility this might happen. It makes sense that China would want to support their own citizens.”

Japan has strongly advocated for global cooperation in distributing the vaccine to everyone, as voiced in the Prime Minister’s May 25 press conference.

How is it being funded?

The drive to ensure that everyone gets access to a vaccine has led to unprecedented investment in the process.

To make the best use of research funds, some countries have been working collaboratively. For example, European countries pooled their efforts to draw up a deal with AstraZeneca, in which the company pledged (on June 13) to provide more than 400 million vaccines to citizens of E.U. states.

Japan has allocated funds to vaccine research in the amount of just over ¥200 billion JPY ($1.9 billion USD).

“In terms of the need to secure the necessary volume, a vaccine produced domestically by a Japanese company is best,” said an official of the Health, Labor and Welfare Ministry in Japan earlier this year.

Some have voiced concerns that Japan’s funding can’t keep up compared to other countries. However, experts claim that funding is not the only important factor in this race. Professor Morishita commented on this, explaining:

China is large, and is trying to provide not only for its own country, but also trying to raise its status in Africa and elsewhere. America is trying to oppose this trend. But this does not necessarily mean that the amount of money in Japan is small and meaningless.

At the beginning of June the Japanese government also joined more than 50 countries in funding a global organization called Gavi, The Vaccine Alliance, dedicated to increasing vaccinations in the developing world. Japan has pledged more than $300 million USD out of the initiative’s $8.8 billion USD budget.

To address all options, Japan is also negotiating with major manufacturers AstraZeneca and Moderna. Japanese Prime Minister Shinzo Abe shared on June 14 that if trials go smoothly, a vaccine from one of these companies might be available in Japan as early as the end of 2020.

Vaccine developers will hit a critical stage in research and testing in the fall,  when we expect to know more about issues such as immunity duration, vaccine accessibility, and potential problems with the vaccines and their distribution.

In the meantime, there is great hope for success to protect the health of the world.