'Return' of Futenma: A New Base on Katsuren Peninsula Might Be the Answer 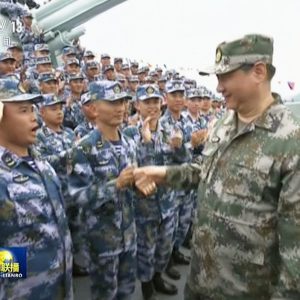 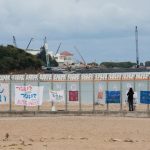 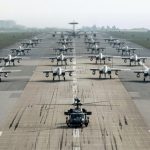 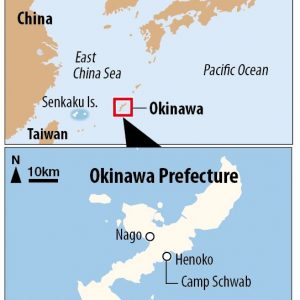 Must Futenma—the United States Marine Corps airfield in Okinawa—remain open even if the heliport addition near Henoko is finally completed? Given the rise of Chinese military power threatening Japan’s territory and its overall maritime security, the answer is yes—unless there is a strategically more favorable possibility.

Futenma’s history looms large as a reason for asking the question. In 1995 there was a tragic rape in Okinawa. For ten years after that, there were sincerely serious efforts by the Japanese and U.S. governments to think through how to lighten the U.S. military footprint in Okinawa without damaging the important strategic requirements of the Japan-U.S. alliance. Even so, the alliance concerns at that time and security threats in the East and South China Seas were less dire than is the case today.

Finally, in 2005, it was agreed to relocate Futenma to a lesser populated area of Okinawa. The new location would be within the boundaries of another Marine base, Camp Schwab, near Henoko Village in northern Okinawa. Although the required construction has been delayed politically, it is still ongoing.

But what is critically important to note is that the strategic circumstances in the East and South China Seas have changed, to Japan’s detriment. Moreover, the security situation continues to deteriorate, owing to Chinese expansionism, North Korean nuclear weapons and ballistic missiles, and Russian adventurism. Indeed, Japanese Defense Minister Itsunori Onodera has recently described the current situation as the most dangerous since the end of the war in 1945.

Recently, the U.S. Defense Department changed the name of its Pacific Command to the Indo-Pacific Command. Top strategic experts in Japan and the U.S. obviously do not believe the Chinese threat is going to decrease anytime soon.

Why Futenma is Important

The situation has changed so greatly for the worse that even if the Camp Schwab expansion is completed, the need for continued use of the Futenma airfield will be strategically necessary unless an alternative can be found.

To state the problem clearly: Futenma has a 2,749-meter runway which can handle nearly any type of U.S. aircraft. The planned runway near Henoko would be a 1,190-meter runway, capable of handling vertical takeoff aircraft, but only some fixed wing aircraft, such as the F-35 and helicopters.

First and foremost, Futenma is a United Nations’ base for Korean Peninsula-related use. In addition, its capabilities are necessary for contingencies in the East and South China Seas. These operations require runway capabilities the Futenma replacement facility at Camp Schwab will be unable to handle. The Futenma replacement facility, currently still under construction with no rapid end in sight, would basically be a big heliport with little capability to handle a surge if required in case of a contingency.

Under these circumstances, Japan’s security could be very possibly endangered if Futenma is no longer available.

There is Another Option

Changing course now might be difficult for Prime Minister Shinzo Abe’s government after such a long and sincere effort to build runways at Camp Schwab. If he does not do so, though, I fear one of his successors might be forced to do so later in order to maintain Japan’s security. That is because there remain security elements that can only be provided by Futenma or another more capable replacement.

Fortunately, there is an option available which would satisfy the requirements provided by Futenma, allowing its return to Japan while maintaining the credibility of the alliance.

The option envisions a new Self -Defense Force base, as opposed to a new U.S. Marine Corps base, with two 3,000-meter runways. It could be built on a dead reef on the Katsuren Peninsula, a relatively short distance south of Henoko and near the U.S. Naval Facility White Beach. There would be ample runway length and room at this base for Japanese Self-Defense Forces and U.S. forces living and operating side by side.

Building a new base on the Katsuren Peninsula is not my original idea. It was first proposed decades ago by a citizen of Okinawa and was highly evaluated by some forward-thinking Japanese and Americans before the 2005 decision was reached to relocate the Marines at Futenma to Camp Schwab. It has not been seriously considered since then.

Replacing Futenma with a Self-Defense Force base in an available area of Okinawa seems worthy of immediate consideration. From a strategic point of view, construction of new runways on the Katsuren Peninsula should begin as soon as possible. The Chinese, North Korean, and Russian governments and some Futenma landowners who enjoy very generous rent payments from Japanese taxpayers might not be pleased, but Japan’s security would be reinforced.

And Futenma could be safely returned to Japan, whether or not the heliport near Henoko is ever completed.