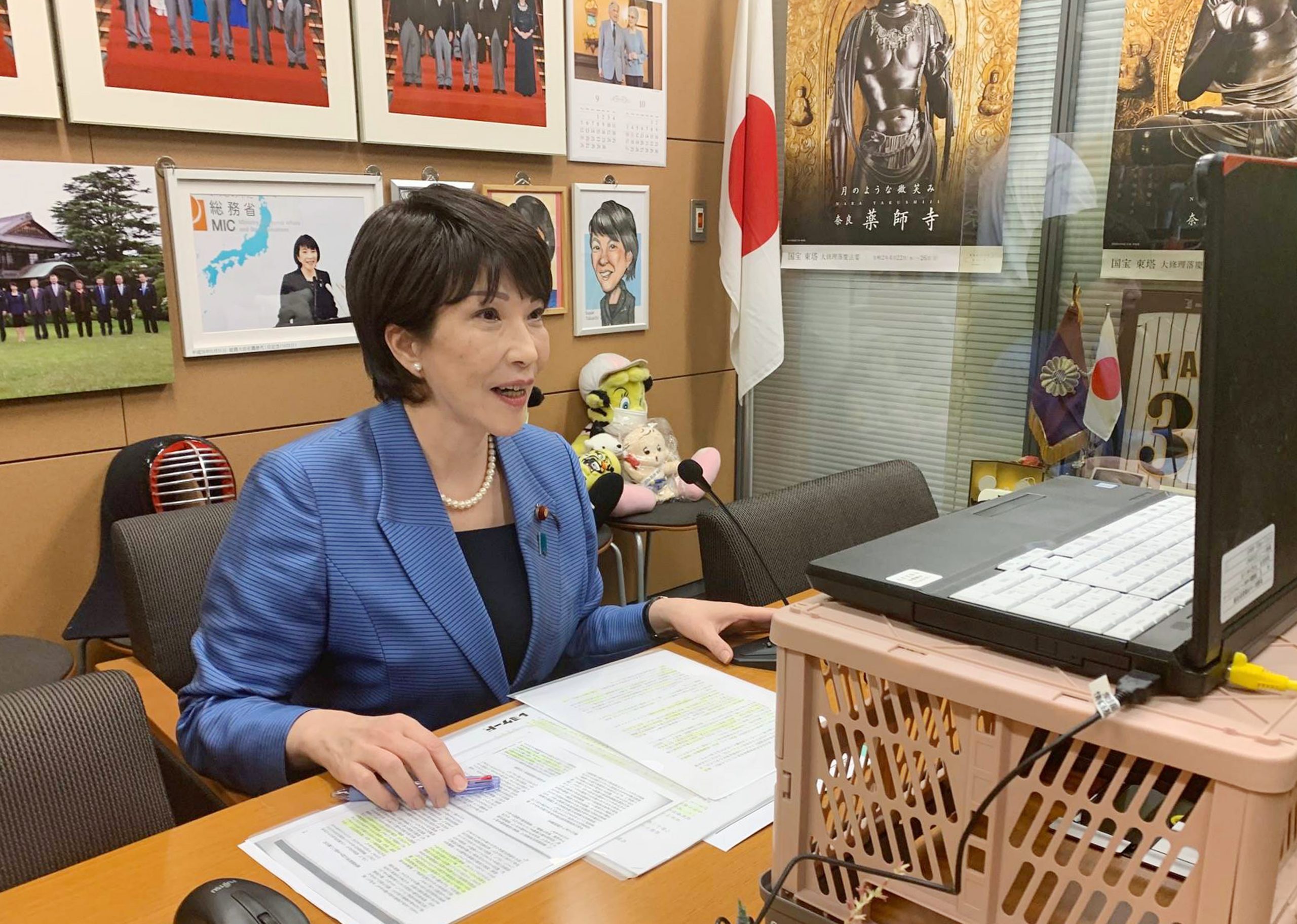 With the situation highly fluid ahead of the ruling Liberal Democratic Party (LDP) leadership contest due to begin on September 17 (vote on September 29), all eyes are on former Minister of Internal Affairs and Communications Sanae Takaichi.

Will she become the calm at the center of the storm?

Some conservative-leaning party members are convinced that the 60-year-old Takaichi, who has indicated she would like to be LDP president, could lead the party to victory in the fall general election and thereby become the nation’s first female prime minister.

It appears that she will be able to line up the 20 LDP members of the National Diet that are required to nominate her, despite the fact she is unaffiliated with any party faction. Preparations are now speeding up for her candidacy.

Takaichi shared her thoughts about a possible run for LDP president during an online program on September 2: “Without a fresh breeze, the LDP will lose its vitality. I think it is extremely important that the LDP presidential contest shares many ideas with the public.”

That same day she appeared on several other programs and seemed to be going all out to expand her base of support. She told reporters that she had “received support from many Diet members beyond their [LDP] factional allegiance,” and that more than 20 LDP legislators had offered to lend their names to her campaign effort.

Takaichi belongs to several groups formed by conservative members of the LDP, including the Conservative Solidarity Association (Hoshu Danketsu Kai) and the Association for Forging Bonds (Kizuna o Tsumugu Kai). Concerning the intra-party debate on whether married couples should be able to choose to use their original family names, Takaichi is a leader of the group that advocates going slowly on the proposal to expand the use of different names by spouses.

In her bid to lead the LDP, Takaichi is calling for such things as a 2% inflation rate as a “price stability target,” constitutional revision, and establishing a legal framework for preventing the outflow of technology to China. Her ideas follow the generally conservative Abe line, and her supporters hope that she can bring back the “strata of bedrock conservatives” that have been drifting away during the Suga administration.

This LDP presidential election will be totally different from the last one in September 2020, when all the major factions lined up behind Suga and he won in a landslide. For one thing, there is strong sentiment to let Diet members vote as they wish rather than vote as factions. That would be to Takaichi’s advantage.

A former Cabinet minister said emphatically, “A certain number of the Diet members who have not been that keen on Suga or former LDP Policy Research Council head Fumio Kishida will support Takaichi.”

He added that among her strengths are the fact that she is a woman and has clear views on the nature and role of the state. He would advise her to propose policies that appeal to the nation’s people, such as raising children and Japan’s dwindling population.

Nonetheless, the fact remains that, in the long history of the LDP, the only female candidate who was able to run for party president was Yuriko Koike, now governor of Tokyo, who ran in 2008.

Some observers point to Takaichi’s lack of membership in any faction or other firm internal party base. The feeling is, “She may be a policy expert, but she’s also a lone wolf.” Her problem will be how to expand her support beyond conservatives in the party.

OTHER ARTICLES RELATED TO SANAE TAKAICHI: