Secret Support for Tibet: Next Let's Acknowledge the Exiled Government 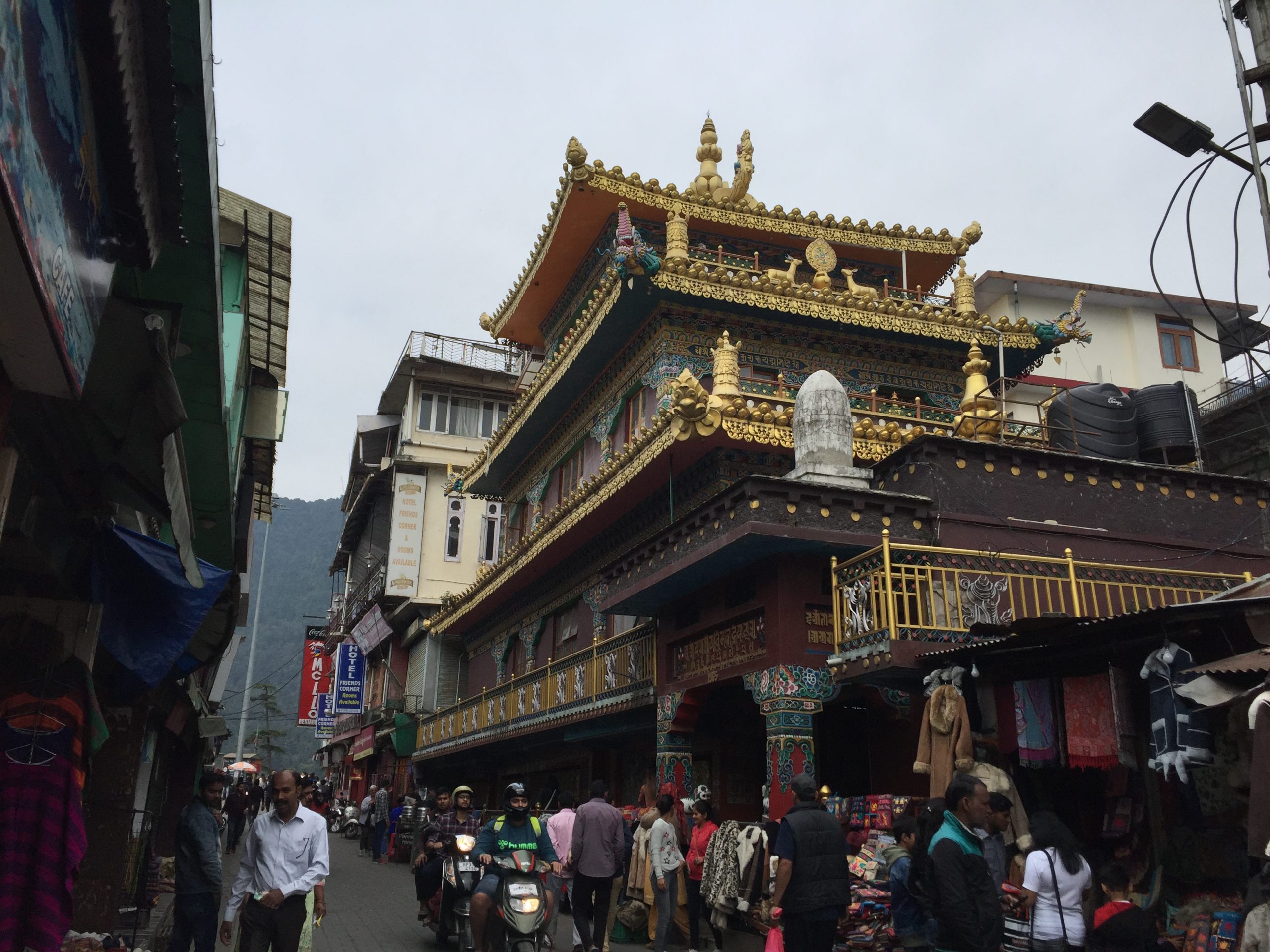 The Ministry of Foreign Affairs of Japan (MOFA) has supported Tibet  in secret. MOFA has broken what had long been a taboo. Yet, they refuse to admit it.

My husband, Hidetoshi Ishii, is the Executive Advisor of Free Tibet Fukuoka. He and I have been deeply engaged in this covert Tibet support project from the planning phase to completion. We know the truth. I'm now going to reveal what happened over the last four years.

Water and Sewer Projects in India

As part of Official Development Assistance (ODA), MOFA carried out a "construction project of water supply, sewerage facilities, and public toilets in Himachal Pradesh and Uttarakhand, India." This was in the budget of 2020, with the amount being approximately a little less than ￥30 million JPY (about $226,000 USD). This project has already been completed.

With Japanese government funding, water pipes, elevated water tanks, drainage channels/road gutters, and public toilets were built in the rural areas of two states in northwest India: Himachal Pradesh and Uttarakhand. Construction projects were carried out in seven villages of these two states, eight construction projects in all.

Like any other country, India went through lockdowns and other very severe measures during the COVID-19 pandemic. As a result, there were many difficulties for outsiders, such as entry restrictions, transportation problems, and so forth.

Originally, the MOFA plan was that all projects were to be finished by March, 2021. Due to the pandemic, however, construction was delayed by a year and a half, and the entire array of projects was finally completed in September of 2022.

This project was treated as ODA for India. The question is, why were these eight places out of the vast country of India selected as construction sites?

A town of north India, called Dharamshala, is where the Tibetan government in exile is also based. The MOFA initiative was a project to help the Tibetan refugees living in India.

In February, 2018, the President of the Central Tibetan Administration at the time, Lobsang Sangay, visited Japan. The Japanese All-Party Parliamentary Support Group for Tibet held a general meeting and welcomed him.

President Sangay visited Japan every year while in office. But during his 2018 visit he stated, "We'd like the Japanese government to provide some concrete support." To this comment of his, the chairman of the Japanese All-Party Parliamentary Support Group for Tibet, House of Representatives member Hakubun Shimomura, replied: "We will consider what we can do concretely."

However, in response to President Lobsang Sangay's request for "concrete support" in February, 2018, the politicians of the Japanese All-Party Parliamentary Support Group for Tibet began considering possible courses of action. Things started to move rapidly in the fall of the same year.

Takashi Nagao, a member of the House of Representatives at the time and also the then-secretary general of the All-Party Parliamentary Support Group for Tibet, came up with the idea to support Tibet in the form of ODA. It's difficult for the Japanese government to support Tibetans living inside of China's borders, such as those in the Tibet Autonomous Region, without obtaining the consent of the Chinese government.

However, Representative Nagao's idea was that a project to support Tibetan refugees living in India may be possible.

With this idea in mind, Representative Nagao consulted with my husband, Hidetoshi Ishii, to ask him whether he knew of any NGOs that could manage such a project to support Tibetan refugees in India.

It was a risky proposition for any NGO. Any organization that carried out a project to support Tibetans would earn the opprobrium of the Chinese government. And even if an NGO were to apply to the Japanese Ministry of Foreign Affairs to carry out such a project, there would be no guarantees that the application would be approved.

There was therefore a strong possibility that everything would end up in vain and the NGO would have wasted time, money, and other resources. There were many risks.

But Representative Nagao was determined. He requested that Hidetoshi Ishii find an organization that understood the significance of supporting Tibet and could work on doing just that. On the spot, my husband introduced a certain organization. Then, he became the go-between and arranged contact between the All-Party Parliamentary Support Group for Tibet and the NGO.

With the preliminaries in place, the NGO immediately dispatched their staff members to Dharamshala, India, to investigate the local needs there. Over the course of this investigation, the NGO learned that water pipes and public toilets were needed.

The plan then therefore centered on improving living conditions for Tibetan refugees related to water sanitation, such as by installing elevated water tanks and digging drainage channels.

Despite the smooth start, this project faced a problem. The support for Tibet had to be done in secret. The Japanese Ministry of Foreign Affairs told the NGO that, while it was fine to conduct an ODA project to support Tibetan refugees living in India, the NGO must avoid any form of direct support for the Tibetan government in exile.

In addition, the Ministry told the NGO never to mention that the project was for "supporting Tibet." Therefore, the NGO was asked to make sure that the word "Tibet" did not appear in any documents, including not only the project application form, but also the local contract.

Only the word "India" could be used when referring to the recipient and beneficiary of aid. If this condition were not met, then the funding, and therefore the project, could not move forward.

MOFA requested that the narrative be that this was ODA to the country of India. The NGO was to claim it had no knowledge of Tibetans living in the area where the project was being implemented.

What's behind such an unreasonable narrative is, of course, consideration for the Chinese government. What the MOFA was afraid of is opposition from the Chinese Communist Party.

The project is refugee assistance and humanitarian aid with no political aspect. Nevertheless, the Ministry believed that they had to consider China to such an extent that the word "Tibet" not be uttered, not even once.

From the standpoint of the Tibetan government in exile in Dharamshala, India, the amount of aid money received from Japan was small, compared to that provided by Europe and the United States. Aid from the West often provides Tibetans with schools and other buildings. The aid from Japan was a much smaller-scale construction project.

At the time, various people on the Japanese side tried to persuade the Tibetan government in exile to accept MOFA's offer, even though it came with such an insulting condition attached. My husband and I also directly explained the situation to then-President Sangay many times when we attended an international conference held in Dharamshala.

Eventually, the Tibetan government in exile agreed to approve the project, and the relevant work was duly carried out. It was in this way that the first-ever case of the Japanese government providing funds to help Tibetans came to be.

So, will Japan's Ministry of Foreign Affairs put its mouth where its money is, as it were? Will it commit to recognizing Tibet and Tibetans? Or, will it go on deferring to the bullying of the Chinese Communist Party, Tibet's decades-long persecutor?

As it stands, the word "Tibet" has never come out of the Ministry's collective mouth. The bureaucrats in MOFA insist they are only helping India.

Helping the Tibet Government in Exile

Can Japan's Minister of Foreign Affairs, Yoshimasa Hayashi, say the words "Tibetan government in exile"? Will he acknowledge that his government is helping Tibetans?

Isn't it time for Japan to stop worrying less about what China thinks, and more about helping the victims of China's brutal human rights violations?