Yesterday’s Tibet, Today’s Ukraine — Who Will Be Targeted Tomorrow? 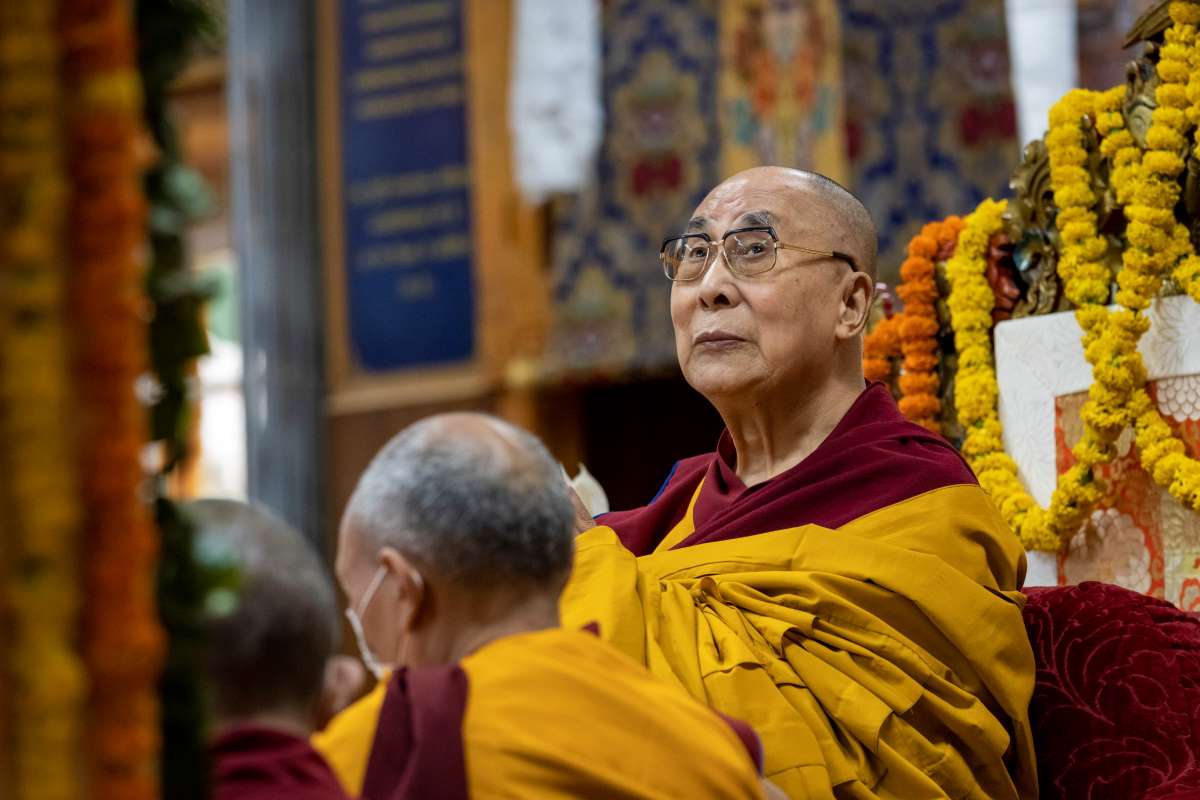 Tibetan spiritual leader the Dalai Lama attends a prayer session in Dharmsala, India, Wednesday, May 25, 2022. Monks of the Sakya lineage of the Tibetan Buddhism prayed for the long life of the Dalai Lama. (AP Photo/Ashwini Bhatia)

It has been 27 years since a key figure in Tibetan Buddhism, the 11th Panchen Lama, disappeared in China. Where is he? Has the world forgotten the human rights and religious freedom concerns his continuing disappearance raises?

On May 26, 2022, the author delivered a version of this article as remarks during a study session at a Giin Kaikan building in the vicinity of the National Diet, seat of Japan’s parliament, in Tokyo, Japan.


May 17, 2022 marked the 27th anniversary of the forced disappearance of the 11th Panchen Lama, Gedhun Choekyi Nyima, of Tibet. Chinese Communist Party leadership kidnapped the six-year-old boy along with his family members in 1995.

Twenty-seven years have passed, and he is now 33. But there is no information about him and his family.

More than three months have passed since the Russian invasion of Ukraine. It has generated the largest number of refugees since World War II. Thousands of people have been killed and displaced, and thousands of buildings destroyed. Even now there is no sight of the ending of the war.

This is the result of the self-centered policy of the democratic world giving priority to trade and economy, which has given despotic and totalitarian regimes a free hand. After all the lessons that we have learned from two world wars, we are still not wiser and safer.

Searching For the 11th Panchen Lama

The plight of the 11th Panchen Lama, Gedhun Choekyi Nyima, of Tibet is the result of the indifference of the democratic world and their prioritizing trade and economy at the cost of ignoring bullying and territorial aggressions. International silence over the illegal occupation of Tibet and other occupied regions has emboldened China. And it has encouraged the rise of authoritarian brutal regimes that we see around the world, including Putin’s Russia.

A child and his family have been kept incommunicado for more than 27 years by a government claiming itself as a superpower. This is wrong and beyond the comprehension of international norms and understanding.

It is a gross violation of children’s rights, human rights, and religious freedom. Yet the world has forgotten the Panchen Lama’s case, just as it has forgotten the case of Megumi Yokota, who in 1977 was also kidnapped by a brutal communist regime.

We must all work together to uphold freedom, democracy, and rule of law, and to condemn the despotic rulers for their crimes against humanity. Yesterday’s Tibet has become today’s Ukraine. If we let the despotic rulers continue, whose turn it may be tomorrow? It is not difficult to imagine!

Unfortunately, this message—one of great urgency—is not always readily accepted. For example, I initially planned to hold a press conference on these concerns at the Foreign Correspondents’ Club of Japan (FCCJ). But the press conference was not approved. The FCCJ did not give a reason, saying only that the committee did not approve it.

Last year, the Japan National Press Club (JNPC) also refused to host our event, saying that “There is nothing new, therefore, not newsworthy.” This reminded me of Clive Hamilton and Mareike Ohlberg’s book on China’s “Hidden Hand” in the free world.

If the media in the free world refuses to speak against the communist dictators, the world is in grave danger. We speak of press freedom, but if the media facilitators themselves are prejudiced, what press freedom are we speaking about?

The year 2021 was the 100th anniversary of the founding of the Chinese Communist Party. Chinese President Xi Jinping boasted about the progress the CCP has made in these 100 years, and how they have turned Tibet into a socialist paradise from a slave society.

We strongly refute his claim and challenge him that if what he says is true, then why is Tibet closed to the outside world? Why are Tibetans not allowed to travel freely in and outside Tibet?

Why is there phone, mobile, and internet shutdown in Tibet? China needs to explain this to the international community.

The Ukraine invasion is a strong reminder to us that we have not fully understood the cruel lessons we have learned from two world wars. The rise and expansion of despotic regimes like the CCP, Russia, North Korea, Syria, Myanmar, etc., are indicative of our failure to put the world order in right perspective.

I would like to request that world leaders and the international community urge the Russian and Chinese leaderships as follows:

To the Russian Leadership:

To the Chinese Leadership:

Representative, Liaison Office of H.H. the Dalai Lama for Japan and East-Asia