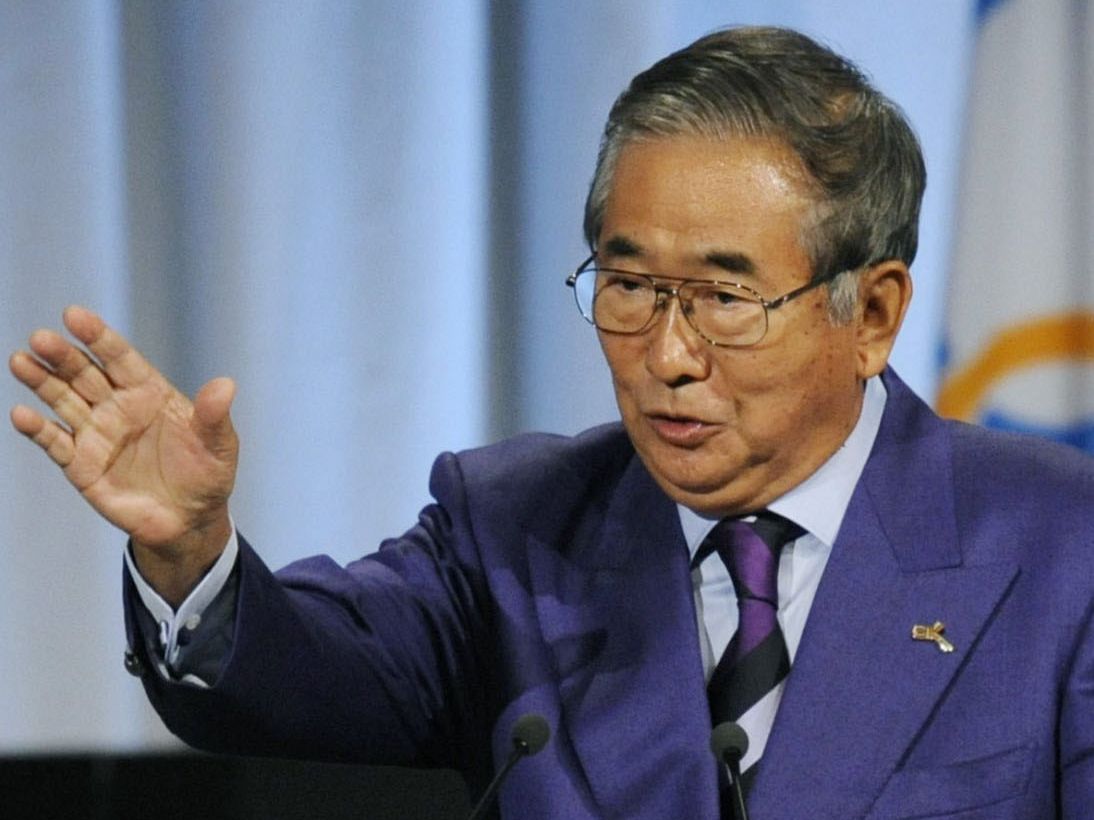 In September 1973, Ishihara and his wife traveled to Scotland where he led an all-Japanese team in search of the Loch Ness monster. Candidates for the team had been recruited through an advertisement in a sports newspaper. Altogether, three thousand people applied, with the numbers being whittled down to eleven: two women and nine men.

It was a considerable operation, using the latest technology of the time. The Nessie hunters spent two months exploring the mysterious Loch, clocking a total of 70 hours underwater at temperatures close to freezing point. According to one team member, the precipitate-rich water was as murky as coffee.

The future Governor of Tokyo was strongly encouraged in his efforts by a future prime minister, Takeo Fukuda, who was likely instrumental in raising the necessary funds from friendly companies. Reportedly, the total cost of the expedition was ￥150 million JPY in 1973 money, which is equivalent to ￥390 million JPY or $3 million USD today.

Fukuda’s motivation would have been clear. A former bureaucrat at the Ministry of Finance, he was locked in a battle for control of the governing Liberal Democratic Party with Kakuei Tanaka, a brilliant, but more than usually corrupt populist. The austere Fukuda was an establishment man to his fingertips. If he wanted to win the “Kaku-Fuku war”, he would need to match Tanaka’s undoubted charisma with some star power on his side.

Ishihara had been an elected parliamentarian since 1968, but in the much less powerful Upper House, home to several celebrities who contributed little to political debate. His ambitions were much bigger than that. He was already committed to resigning and standing for election in the Lower House, where all the political heavyweights sat.

He had somewhat modified his political views, or at least the way he expressed them. In his late twenties, he had opposed the United States-Japan Security Treaty.  Indeed, he was a founding member of the “Young Japan Society”, an anti-treaty organization which included such radical luminaries as composer Toru Takemitsu, novelist Kenzaburo Oe and Shuji Terayama, the pied piper of the Japanese underground.

Now that he was a serious politician, Ishihara accepted the presence of the American military as a necessary evil.

From Fukuda’s point of view, the key point was that Ishihara detested Kakuei Tanaka and the crude “money politics” that he represented. And indeed when the prosecutors finally nailed Tanaka in 1977, Fukuda became Prime Minister and Ishihara was given the cabinet post of Minister of the Environment.

Many decades later, when both Fukuda and Tanaka were dead, Ishihara was to change his assessment of Tanaka, publishing a novelized version of his life called “Genius”. In it, he lauded Tanaka’s achievements and ascribed his downfall to American scheming.

Why did Ishihara take on the Loch Ness project? The short answer is because of the persuasive skills of event producer and Ishihara friend, Yoshio Kou. A half-Chinese, half-Japanese graduate of the University of Tokyo’s philosophy department, Kou has a bottomless barrel of chutzpah and is still very much active today. In the nineteen seventies, he was in his prime, coming up with a series of ever more outrageous stunts.

The best known is the 1977 match-up between boxing legend Muhammed Ali and Antonio Inoki, Japan’s number one professional wrestler at the time. Honors were shared as Inoki spent most of the time crawling on the ground while Ali kicked him in the shins.

More controversial was the saga of “Oliver-kun” (“young Oliver”), supposedly a “humanzee” with chromosomes that made him a missing link between chimps and humans. Kou flew Oliver to Japan on a chartered plane in 1976 and lodged him in a V.I.P. suite at an expensive hotel. Sensationally, Kou had advertised for young ladies to further the cause of science by attempting to reproduce with Oliver. The success fee promised was ￥10 million JPY (￥26 million JPY, or $200,000 USD in today’s money).

Dozens of applications were received but the authorities swiftly moved to halt the experiment, as Kou very well knew they would. As far as he was concerned, it was already mission-accomplished. He had set off a media firestorm and cashed in hugely.

Oliver, believed to have been born in the Congo in 1960, passed away in 2012. It comes as no surprise to learn that he was just a regular chimpanzee.

Tales of Mystery and Adventure

Kou would have had little difficulty in persuading Ishihara to hunt the Loch Ness monster because at the time adventure was in the air. Popular heroes were people like Naomi Uemura, the first man to reach the North Pole solo, the first to raft the Amazon solo and the first to climb Mount McKinley (now called Denari) solo.

Then there was Kenichi Horie who became the first man to make a solo non-stop Pacific crossing by sail. He did it at the age of 21, arriving in San Francisco with no passport and no money.

Ishihara himself had been head of operations for daredevil skier Yuichiro Miura’s astonishing descent of Mount Everest’s Southern Col, memorialized in the Oscar-winning documentary The Man who Skied Down Everest (1975).  Back in 1960, Ishihara had created his own adventure, leading a 10,000 kilometer coast-to-coast rally across the South American continent, using Subaru “Rabbit” scooters.

Ishihara loved unlikely adventures, but there was more to it than that. In keeping with the spirit of the age, like many of his contemporaries, he was fascinated by supernatural and inexplicable phenomena as well.  He was a member of the JFSA (Japan Flying Saucer Research Association), as was his senpai (senior) Yukio Mishima, whose novel “Beautiful Star” is about a family of aliens living in Saitama.

Publicity-savvy Kou marketed the Loch Ness project as “the democratization of adventuring,” given that most of the team were ordinary citizens. Not everyone was convinced. “What an idiotic way to spend money,” sniffed the “Voice of the People, Voice of Heaven” column in the Asahi Shimbun, as self-righteous as ever.

The reaction of the British media was worse. Channeling the jovial racism of the day, one publication introduced the story with “Nips Nab Nessie.” Likewise, there was a frosty reception from British monster-hunters, a set of eccentrics who guarded the object of their obsession with jealousy.

In the end, no monster was found, just a large eel. Ishihara described the experience in a long and entertaining article for the monthly magazine Bungei Shunju which touched on many themes dear to his heart. Europeans disrespected all non-whites, he declared. There would have been no brouhaha about the expedition if the monster-hunters had been German.

Referencing the controversy over Emperor Hirohito’s United Kingdom visit of 1971, he doubted that Queen Elizabeth would apologize for the Opium Wars if she visited China. Yes, the Concorde was impressive, but what about Morgan sports cars, much loved by snobby Japanese Anglophiles? Ishihara had bought one and it kept breaking down.

On the monster itself, Ishihara starts as a skeptic: almost certainly the creature does not exist, but as long as there remains a tiny possibility, it is worth searching. After all, it was only a few decades ago that the coelacanth, previously assumed long extinct, was found alive in the depths of the Indian Ocean.

As time passes, he moves to a more philosophical position.  The monster has become part of the culture of the area and the local people take it seriously – just as the Japanese find nothing odd or amusing about the twenty year cycle of rebuilding Ise Shrine to rehouse the deity.

The unvarnished authenticity of the local lads who helped the Japanese team with their equipment impressed him deeply. Hence the last line of his essay – “Yes, there is a monster alive in the waters of Loch Ness.”

That was the last Japan would see of Ishihara the Hemingway-esque adventurer. His life was about to change dramatically as he plunged into the world of high politics.

Adventurers to the End

Regarding Japan’s amazing solo adventurers, Naomi Uemura died in 1984 on Mount McKinley. After reaching the summit in mid-winter, he disappeared on the descent.

Kenichi Horie, at the age of 83, is just completing another Pacific crossing.

Yuichiro Miura climbed Everest at the age of 80 in 2013, setting a record that will be tough to beat. In April 2022, he retired from his position as headmaster of the Clark Memorial High School in Hokkaido.

Author: Peter Tasker
Find essays by the author on JAPAN Forward at this link.