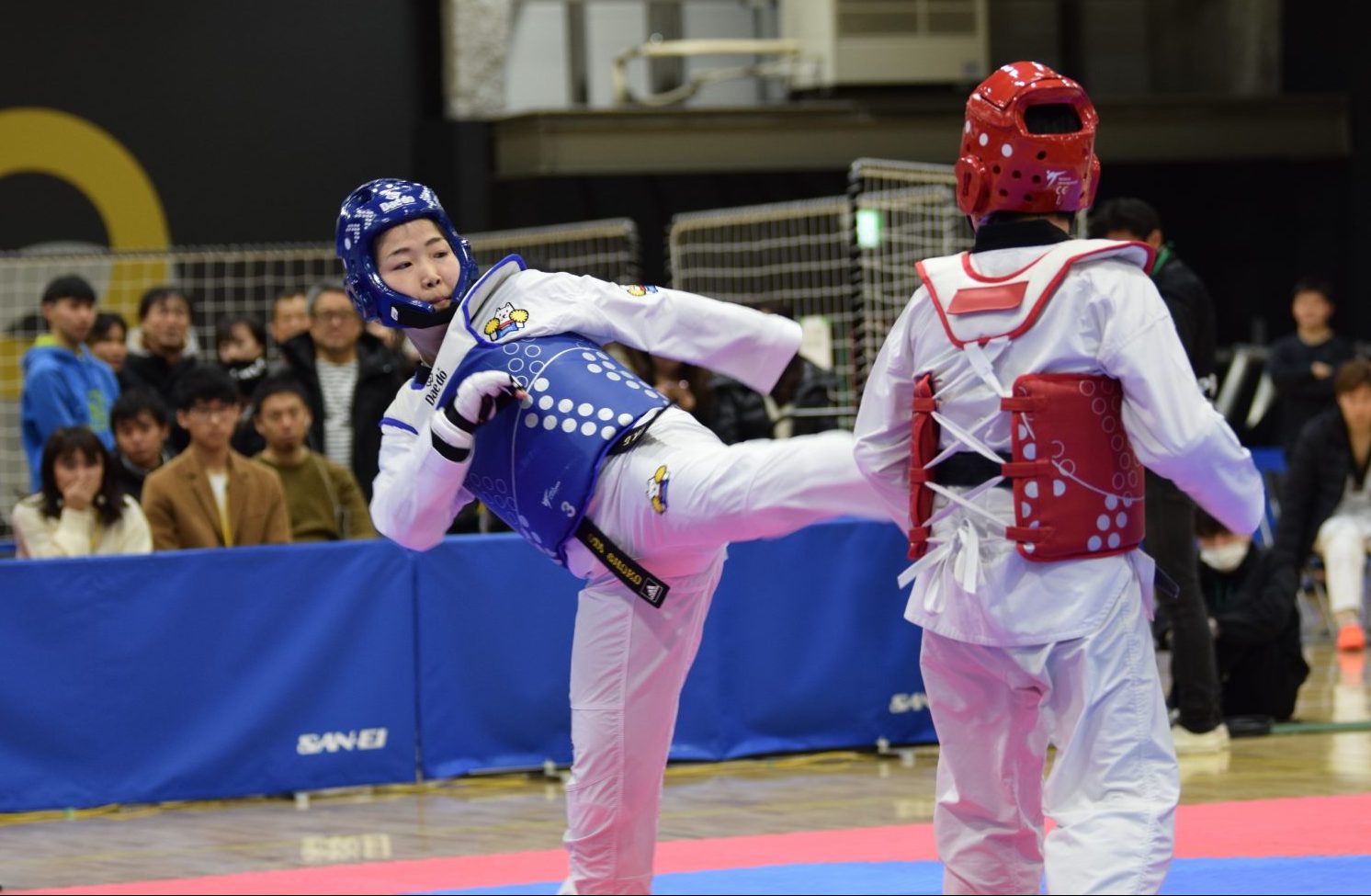 Shoko Ota, who won a gold medal at the All-Japan Taekwondo Championships in 2018, is seen preparing for the Paralympics in 2020.

Shoko Ota was raised to accept new challenges. That spirit has allowed her to become one of the few athletes who will compete for Japan in both the Summer and Winter Paralympics.

Born without fingers on her left hand, Ota took up skiing when she was in the third grade of elementary school and was recruited to the national team by the ninth grade.

From there, the native of Yamagata Prefecture went on to an illustrious career as a cross-country skier and biathlete, representing Japan in three Winter Paralympics.

In 2006, Ota became Japan’s youngest Paralympian when she won the bronze medal in the 12.5-kilometer individual standing biathlon at the age of 16. Four years later in Vancouver, Ota won silver in the standing sprint classic style cross-country event.

In Sochi in 2014, Ota was chosen to be Japan’s flagbearer at the Opening Ceremony.

Now she is making the transition to the summer edition of the Paralympics, where she will become the first female to represent Japan in para taekwondo, which is making its debut at the Tokyo Games.

“I was raised to find the way, to try and do what I couldn’t do,” Ota told Olympics.com.

After Ota retired from para skiing in 2014, she went to a training camp and observed able-bodied taekwondo athletes. This inspired her to sign up in a dojo to take regular taekwondo classes.

“When I first kicked the strike pad with the top of my foot, the smashing sound filled the air and I felt exhilarated,” Ota recalled.

She then met Japanese taekwondo standout Yoriko Okamoto in 2015. Okamoto is the only Japanese athlete to win an Olympic medal in the sport, capturing the bronze medal at the 2000 Sydney Games.

In that same year, 2015, it was announced that taekwondo would make its Paralympic debut at the Tokyo Games.

While the initial plan was to be a training partner for athletes aiming for the Tokyo Paralympics, Ota’s early success in the sport convinced her to keep aiming higher.

She won a bronze medal at the 2016 Asian Para Taekwondo Championships.

After skipping competition in 2017, Ota took part in the All-Japan Taekwondo Championships in 2018, the first para taekwondo competition held in Japan. She won the gold medal and it was then that she decided to aim for the ultimate goal of the Paralympics.

“When I heard that para taekwondo was going to be an official event at Tokyo 2020 but there were no Japanese players, I wanted to try and experience the sport,” Ota said.

Ota won the para title in the All-Japan Taekwondo Championships in 2019. That made her the only athlete designated as a national team member in female para taekwondo.

Later in 2019, she beat world No. 1 Amy Truesdale of Great Britain to win a bronze medal in the over-58 kg division at the 2019 world championships in Antalya, Turkey.

“I was surprised to beat Amy,” Ota said. “There is a big difference between Japan and other countries [in para taekwondo]. Getting my medal was close to winning a Paralympic medal.”

The 46-year-old won gold in women’s wheelchair marathon and ice sledge racing and will be aiming to compete in both marathon and triathlon at the Tokyo Games.

While martial arts are popular in Japan, sports such as sumo, judo and karate rank far above taekwondo, a sport which traces its roots to Korea.

Ota is hoping to boost the popularity of taekwondo in Japan with a medal-winning performance  at the Tokyo Paralympics.