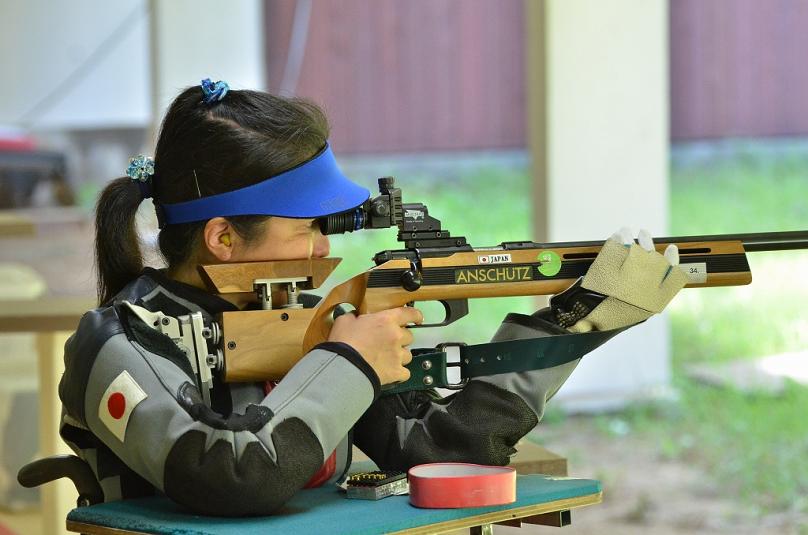 The global coronavirus pandemic forced the Olympic and Paralympic Games Tokyo 2020 to be postponed to 2021. However, it takes more than a pandemic to shut down Paralympians, and now the Opening Ceremony is just days away, on Tuesday, August 24.

One notable first that will occur this summer is that Tokyo will be the first city to host the Paralympic Summer Games a second time. Compared to 1964, when Tokyo first hosted them, the Paralympics have come to occupy a much more prominent role alongside the Olympics, and Tokyo Governor Yuriko Koike has promoted the Paralympics as the true measure of the success of the Games.

“The growth of awareness of diversity and inclusion has greatly accelerated in Tokyo, in large part because of the Games,” says Aki Taguchi, Vice President of the Paralympians Association of Japan, member of the Tokyo Organizing Committee of the Olympic and Paralympic Games, and a former Paralympian herself. “I think it will be an important part of creating a harmonious and inclusive society, in which everyone, regardless of physical impairment, can mutually respect and support the personality and individuality of each other.”

When discussing sports she could do while using a wheelchair, she remembered how she had been interested in trying clay target shooting during her previous job on a cruise ship. She met with another wheelchair user who was involved in sport shooting, who suggested that she should try it. “They introduced me to the ‘Japan Para Shooting Sport Federation’. At that time, I had just become disabled, and I was still dealing with suddenly needing to use a wheelchair, so I felt a lot of resistance within myself to joining.”

After taking part in some practice sessions, however, she began to see what she was capable of.

“Others began teaching me, and as I learned, the boundaries that I had set around myself began to disappear,” Ms. Taguchi recounts.

“At first, I used a kind of ray gun called a beam rifle, and was able to win two tournaments in a row. After that, I became much more interested in shooting and got a license to start using a real rifle. At the same time, I was also able to do more things little by little, such as returning to work, driving, and playing sports. “

Ms. Taguchi’s skill with the rifle soon reached the point where trying for the Japanese Paralympic team was a dream within reach. The next Paralympics were Athens 2004 Paralympic Games with the qualification process beginning in 2002. “When I started preparing for Athens, I had to start thinking two years down the road. It was the first time since having to use a wheelchair that I had even considered so far into the future. Sports tends to make it easier to set goals like this, by placing many shorter steps that you can proceed toward. It was a big turning point in my mindset.”

Ms. Taguchi successfully qualified for Athens 2004 Paralympic Games, and went on to compete in Beijing in 2008 and London in 2012. Since then, she has been working to raise awareness and improve accessibility for people with disabilities, and after Tokyo was selected as the host city for Tokyo 2020 Games, she joined the Tokyo 2020 Organizing Committee to help “make an environment not only for shooting athletes, but also for all athletes so that they can realize their potential ability and set their personal bests.”

Achieving an inclusive society depends on removing not only physical barriers but social ones as well.

The Paralympics have tremendous potential for effecting social change, in terms of the preparation that goes into making a city ready to host the Games for millions of international visitors, and in terms of the greater awareness of people with an impairment that comes with such a high-profile event. “In 1964, when Tokyo first hosted the Paralympics, most people had never even heard about it,” says Ms. Taguchi. “It gained a great deal of media coverage, with donations being raised from around the country and Paralympians being invited to the Imperial Palace.”

Tokyo 1964 Paralympic Games, however, also highlighted how far we had to go to create a barrier-free society, a concept that didn’t even exist at that time. “At the time, people with an impairment typically didn’t go out or hold jobs in the city. The first Tokyo Paralympics were a catalyst, raising awareness of the importance for people with an impairment to be able to live and work independently, rather than live on charity. Today, it’s very different, with Paralympians featured in many commercials and TV programs. Still, there is work to be done.”

The ideal has been described as an “inclusive society” in which all people are mutually supported, and the full diversity of lifestyles are recognized and respected. Part of this has been the promotion of barrier-free progress, making society easier to navigate by everyone.

This is not just important for people with an impairment, as Japan is one of the world’s fastest-aging societies, entering an era in which hundred-year lifespans will become commonplace; reducing and removing barriers is increasingly important for Japan’s elderly population. Understanding what changes need to be made, however, requires special insight. “In developing barrier-free systems, it is necessary to have input from people with an impairment who will actually use them,” says Ms. Taguchi. “Otherwise, it will not work.”

While infrastructure changes are important, they are not the sole component in creating an inclusive society. Physical impediments can be considered the ‘hard barriers’ that need to be redesigned, but the so-called ‘soft barriers’ can be just as, if not more, important.

“The number of para-athletes working at companies has increased, but I don’t want it to stop there,” Ms. Taguchi explains. “Ideally we can see greater employment of all people with an impairment continuing beyond the Tokyo 2020 Games. As more people with an impairment gain employment, the hurdles we all have to face will become lower, and we will accelerate toward achieving an inclusive society.”

Ms. Taguchi has also been working to bring the concept of inclusive societies to other countries. “When the Ministry of Foreign Affairs approached me with the idea of promoting Japan overseas,” she said, “I told them I wanted to go to countries with Paralympic programs that were still being nurtured in their developing stages. In the end I elected to go to Laos and Bangladesh, which did not have developed barrier-free infrastructure, and did not have many opportunities for athletes with an impairment.”

While she was there, she noted that she had a great deal of interaction with the Paralympic Committees of each nation, but not with the Olympic Committees. “I talked with them about how close cooperation between the two groups had tremendous benefits, especially for the athletes who would be able to train and socialize in the same facilities. Even in Japan, the two had been under the jurisdiction of separate ministries until recently, and bringing them together made a big difference in our way of thinking.”

The Key is Communication

The key then becomes communication. There will be times when we are hurt by the words or actions of others, and the root cause of this is ignorance. By getting to know one another, we become able to imagine what we are each going through, what we are capable of, and what we need. And once we do that, we won’t hurt each other.”

(This article is published in cooperation with the Ministry of Foreign Affairs of Japan.)