[Soul of Japan] The Divine Age of Shinto 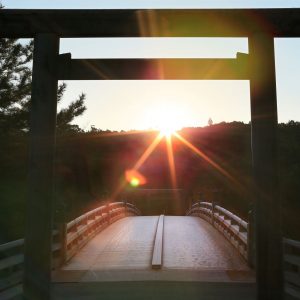 Soul of Japan - Sunrise over Ise Jingu Shows Off Kami 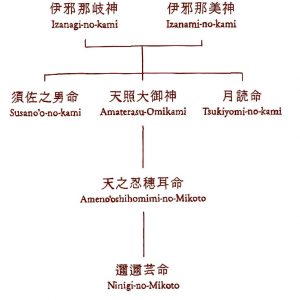 Central Kami of the Divine Age of Shinto 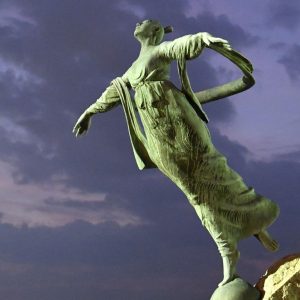 Although Shinto lacks a doctrine, two early 8th century historical records, the Kojiki and Nihon Shoki, name certain individual kami of great personality and relate the tales of their various doings and achievements. These records are regarded as an essential part of the Shinto faith.

Another important text compiled in the early 10th century, the Engishiki, is in part a collection of codes concerning the proper form of Shinto rituals. Kami named in these codes are enshrined in jinja throughout Japan today.

The following is a brief introduction to the kami at the center of the stories introduced in the Kojiki and the Nihon Shoki.

A parent kami to three of the most revered kami.

The other parent kami to three of the most revered kami.

Revered descendant of Izanagi-no-kami and Izanami-no-kami, and the kami who dedicated the special sword to Amaterasu Omikami.

Revered descendant of Izanagi-no-kami and Izanami-no-kami, and the kami who provides brilliance and light to the celestial and terrestrial worlds.

Revered descendant of Izanagi-no-kami and Izanami-no-kami, and the kami of the moon and the night.

Kami who is the son of Amaterasu-Omikami.

Kami who is the grandson of Amaterasu Omikami.