[Speaking Out] Behind the Demotion of North Korean Dictator’s Sister 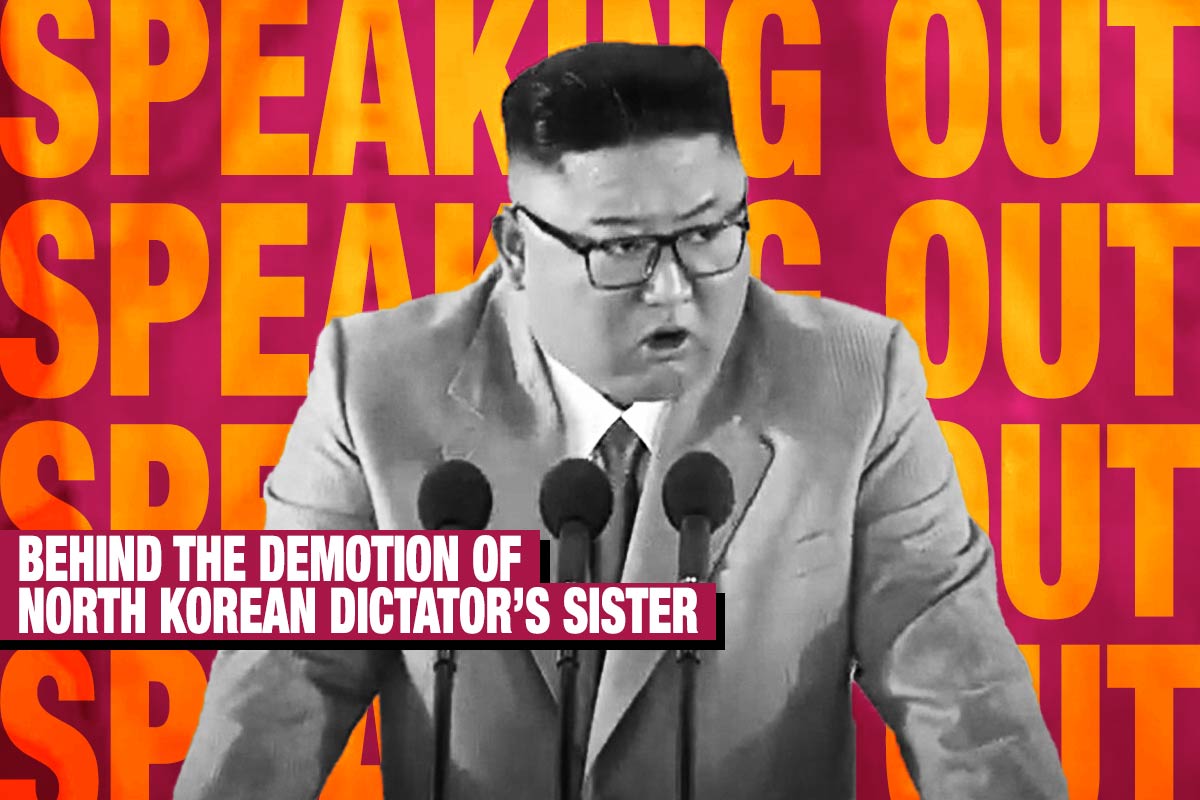 In the North Korean capital of Pyongyang, the ruling Workers’ Party of  Korea (WPK) convened its eighth congress from January 5 through 12. WPK Chairman Kim Jong Un read the party’s activity report over the first three days, emphasizing the completion of a “national nuclear force” as his achievement and declaring further  development of nuclear weapons.

He vowed to continue the development of multi warhead nuclear missiles, solid-fuel intercontinental ballistic missiles and  submarine-launched ballistic missiles. He additionally said that a nuclear-powered submarine had already been designed.

Defining the United States as the enemy, the North  Korean dictator demanded that South Korea cancel joint military drills with the U.S. and the introduction of strategic weapons.

Finally, Kim Jong Un also admitted a failure to accomplish his five-year economic plan, criticized WPK cadres for failing to implement the scientific management of the plan, and pledged to enhance the planned economy to pursue self-sufficiency and regeneration by its own efforts.

The party congress abolished the post of chairman and executive policy bureau created five years ago and restored that of general secretary and secretariat, institutions of the Kim Il Sung and Kim Jong Il eras. Kim Jong Un was elected general secretary. His sister Kim Yo Jong was dismissed as an alternate member of the  Politburo and demoted from a “first deputy director” of the party to an ordinary “deputy director.”

According to informed sources, the demotion indicated that Kim Jong Un has become alarmed at the growing presence of Kim Yo Jong, who has been reputed to be his successor or representative and attracted WPK cadres.

Viewing a decline in his power as attributable to his title of WPK chairman, Kim Jong Un considered taking up the post of general secretary and replacing the executive policy bureau with the  secretariat, the sources said. Kim Yo Jong is said to have opposed Kim Jong Un’s assumption of the title of general secretary on the grounds that it is premature.

The sources said the institutions of WPK chairman and executive policy bureau was designed by Politburo member Pak Thae Song, an aide to Kim Yo Jong. Detecting Kim Jong Un’s wariness of Kim Yo Jong, Pak agreed to abolition of the institutions, according to the sources.


Information about a Japan-North Korea Summit

Kim Jong Un had planned to propose the dismantlement of some ICBMs, in addition to the earlier offer of full dismantlement of the Yongbyon nuclear facilities, in exchange for the U.S.’ lifting of sanctions on North Korea, if Donald Trump were reelected as U.S. president last November, the informed sources said. The reason Kim Jong Un publicly emphasized the completion of a nuclear-powered submarine design and continued development of solid-fuel ICBMs and SLBMs was that he was afraid of Biden, and concerned that the Biden administration would increase pressure on Pyongyang over human rights issues, they said.

As the WPK failed to launch any reform and opening-up policy at the congress, many party cadres and rural residents have been disappointed, questioning how to live. Foreign currency reserve shortages have grown more serious, leading Pyongyang to cut pay to zero for diplomats and operatives abroad from October 2019. North Korean diplomats have become unable to pay rent for housing and requested loans from their friends or acquaintances in countries where they are stationed, the sources said.

I have been informed that Pyongyang is considering accepting the offer of the Yoshihide Suga administration for a Japan North Korea summit in a bid to acquire a sizable sum of foreign currency. This indicates a looming opportunity to rescue  Japanese citizens abducted by North Korea.

(A version of this article was first published by the Japan Institute for National Fundamentals, Speaking Out #757  on January 21, 2021.)

Professor Nishioka is a senior fellow and a Planning Committee member at the Japan  Institute for National Fundamentals and a visiting professor at Reitaku University.  He covers South and North Koreas.