[Speaking Out] Japan: Learn from Ukraine and Abandon Military Complacency 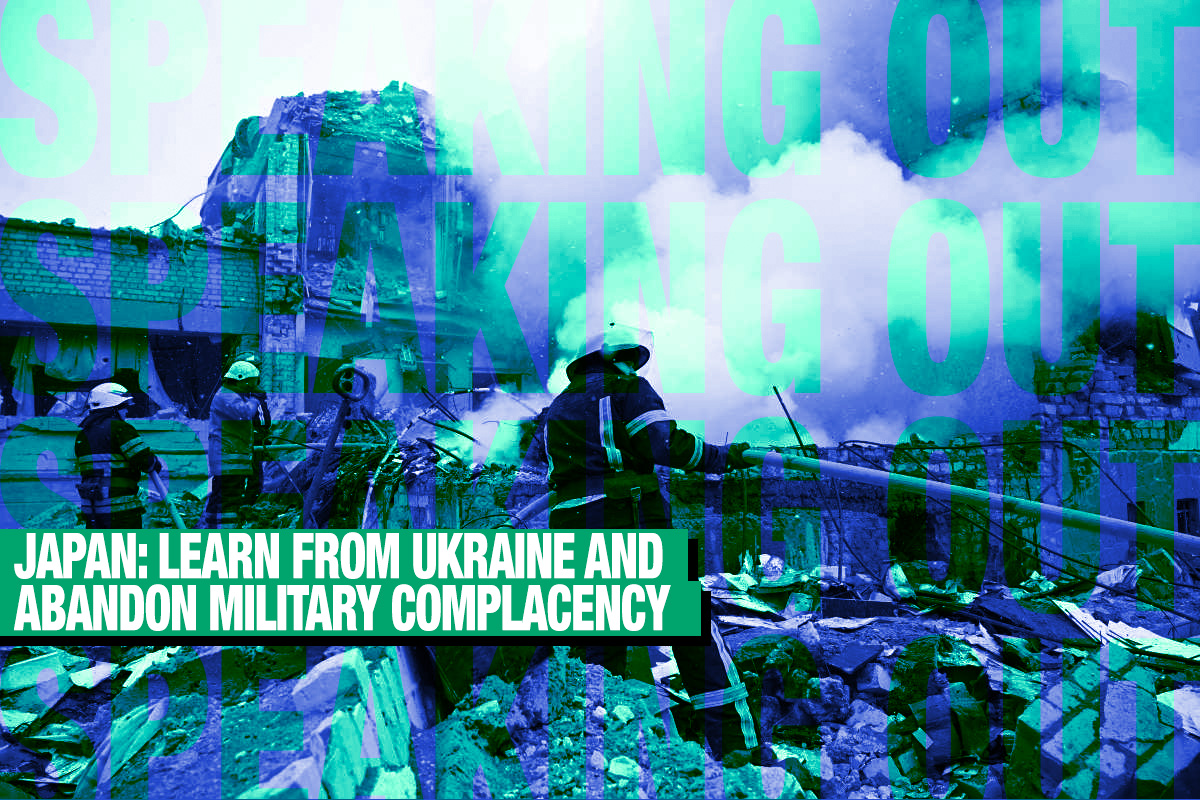 Rescuers work amidst the debris of a school building destroyed by shelling, as Russia's invasion of Ukraine continues, in Zhytomyr, Ukraine March 4, 2022. REUTERS/Viacheslav Ratynskyi.

Observing Ukraine from afar, we Japanese should carefully observe this ongoing demonstration of a country’s national sovereignty being trampled by a foreign invader. As China is increasing its military pressure in Asia, today’s Ukraine could be tomorrow’s Japan.

In the eight years following the annexation of the Crimean Peninsula to Russia, Ukraine increased its troop strength to about 260,000 and enhanced its defense equipment. Even so, Ukraine failed to deter Russian President Vladimir Putin from invading.

Ukrainian President Volodymyr Zelensky signed a decree to call up reserve forces only two days before the Russian invasion, revealing a deficiency in Ukraine’s intelligence gathering and analysis.

Can Japan take Ukraine’s fate lightly? Japan has lost its four islands in the Northern Territories to the former Soviet Union. Japan’s Takeshima Islands have been illegally occupied by South Korea. China Coast Guard ships have repeated their intrusion into Japan’s territorial waters around the Senkaku Islands.

These islands are Japan’s inherent territory.Japan has long paid too little attention to its national defense.

Incumbent Japanese Prime Minister Fumio Kishida is the ninth head of the ruling Liberal Democratic Party’s Kochikai group, a dovish faction that led the policy of developing Japan into a lightly armed, economically powerful country during the period of rapid economic growth.

Elected from Hiroshima, known as the first atom-bombed city in the world, Prime Minister Kishida holds fast to the slogan of nuclear abolition.

Russian President Vladimir Putin has taken advantage of Russia’s nuclear readiness to threaten Ukraine and the West. Ukrainian Foreign Minister Dmytro Kuleba told a United States FOX News program that Ukraine’s decision to abandon nuclear weapons in 1994 was unwise. How would Kishida respond to this remark?

It is good to set nuclear abolition as an ultimate goal, but the time has come for Japan to seriously consider taking advantage of the deterrent effects of nuclear weapons.

Japan shares seas that border nuclear powers Russia and China. Shinzo Abe, when serving as prime minister, held a series of negotiations with President Putin in an attempt to separate Russia from China to avoid any simultaneous face-off with the two nuclear powers. But in the end, the attempts were unsuccessful.

The number of monthly Self-Defense Force fighter aircraft scramble alerts to check incursions by Chinese and Russian military aircraft into Japan’s air defense identification zone has soared. There has been a nearly five-fold increase, from 26 incursions in May 2021 to 127 in November in the same year.

In addition, a rising number of Chinese and Russian military ships passed through waters near Japan. Particularly, China and Russia have conspicuously coordinated joint aeronautical and nautical circumnavigations of Japan indicating increased military cooperation in Asia.

It is natural for Japan to further enhance cooperation with its only ally, the United States. But that is not enough. Given the United States’ flagging prestige, what Japan should do is clear.

Japan should amend its constitution, which bans Japan’s possession of any offensive war potential and denies its right of belligerency, and should build up defense capabilities.

Japan should not only increase defense spending substantially, but also deploy intermediate-range missiles for attacking enemy territory to deter aggression.

Nothing other than fully-prepared armed forces can deter a committed enemy.

A version of this article was first published by the Japan Institute for National Fundamentals, Speaking Out #891 in English on February 28, 2022, and in Japanese on February 21, 2022.

Takashi Arimoto is a Planning Committee member at the Japan Institute for National Fundamentals and publisher of Monthly Magazine SEIRON at the Sankei Shimbun newspaper.