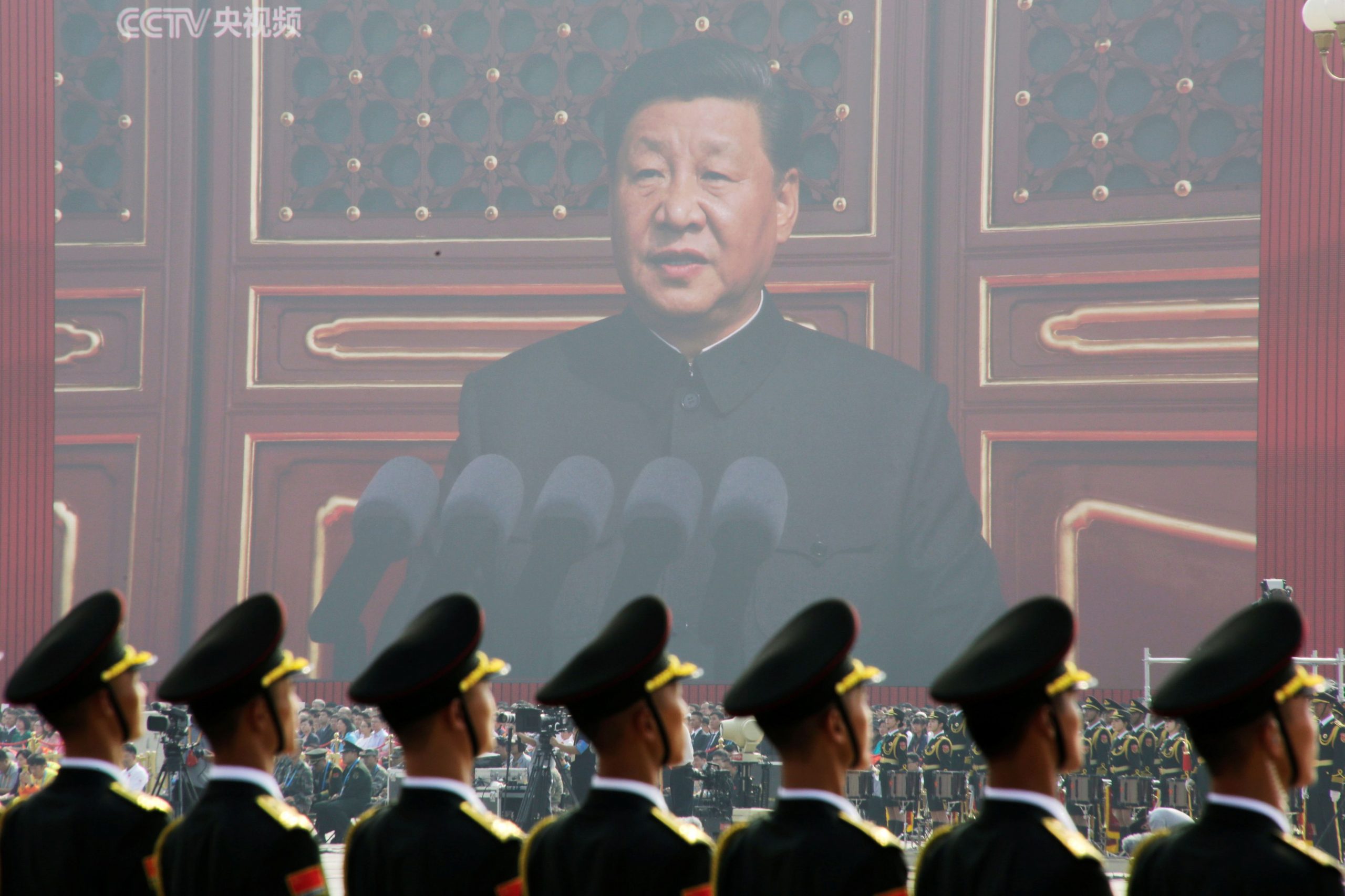 Xi Jinping and his people are no doubt paying close attention to events in Ukraine. They may not like what they are seeing – and this should cause them to rethink a Taiwan seizure scenario on several fronts.

These include the military and operational, of course. But as important, if not more so, they may need to reconsider assumptions about Taiwan’s willingness to resist.

Also they may want to reassess the willingness of the United States, the European Union (EU) and other free nations (such as Japan) to provide military support (direct or indirect) to Taiwan and impose punishing financial and economic sanctions on the PRC.

Beijing may reckon it has underestimated Western backbone, the difficulties of seizing Taiwan at a reasonable cost as measured in People’s Liberation Army (PLA) lives, the economic and reputational harm to China, and the risk of the PRC turning into an international pariah.

Suppose you’re a Chinese strategist tasked with writing up a report to inform X Jinping and the rest of the Chinese leaders at Zhongnanhai about what guidance recent events offer when thinking about Taiwan. Here are a few things you might include:

The Russians were apparently counting on a show of “shock and awe” (after an extended intimidation campaign and covert subversion) being enough to bring Ukraine to its knees. Not quite.

Beijing was counting on something similar. Time won’t be on China’s side. Beijing needs a quick fait accompli or it risks – as Russia is learning in Ukraine – Taiwan’s supporters having the time to steel and organize themselves to back Taiwan and punish the PRC.

Especially as images of dead Taiwanese and destroyed buildings hit the internet – images that also would not be welcome inside the PRC, assuming they get through the Great Firewall.

Beijing will face stiff challenges in many areas, including terrain, cyber, air, and weapons systems.

In terms of terrain, the two battle zones (Ukraine and Taiwan) couldn’t be more different. Ukraine is basically a plain – some open and some forested - sharing a land border with Russia and the Belarus puppet state.

The main island of Taiwan is 90-miles offshore from China, with a narrow largely urbanized coastal plain on the west side, and the rest mountainous. Forget about armored assaults, but don’t forget about the difficulties of urban combat.

Taiwan’s terrain is advantageous for the defender. Taiwan’s military has its problems, but it is a competent and serious force that can bleed an attacker. And a little bit of success can mushroom and bolster military and public confidence.

Even a relatively small number of committed and reasonably well trained defenders can cause all sorts of problems – and savage and delay an attacking force – in urban, forested and even relatively open terrain.

Cyber defenses may also be tougher to breach than imagined. Ukraine’s communications networks still seem to be operating to a fair degree – and “command and control” of the Ukrainian military is operational. Closing down Taiwan’s networks may not be so easy.

Similarly, missile bombardment may not be as decisive as expected. The Russians have employed long range missile attacks but they don’t seem to have had so much effect.

Would using a lot of more missiles be more effective? Beijing should wonder. Sometimes you’re just moving the rubble around – and it’s terrible ‘optics’ from a propaganda perspective. There’s no better way to build international sympathy for the people you are attacking.

Seen from the Air

Also, it may be much harder than expected for China to establish control of the air.

The Russian Air Force outnumbers and outclasses the Ukrainian Air Force (UAF) in every respect and Ukrainian airfields are all known and targetable. Yet, the UAF is still operating at a certain level (although the Russians appear to have ‘held back’ a bit).

Shoulder-fired anti-aircraft missiles, such as the Stinger, can be very effective for a resilient air defense – even against an opponent that has a far superior Air Force. They are cheap, easy to employ, and hard to locate.

As for other precision weapons, in Ukraine’s case the Javelin and other anti-tank missiles can cause no end of trouble to an attacking force – even a much more powerful attacking force.

In China’s case, anti-ship missiles will be the equivalent of the Javelin in the Ukraine fight. A single anti-ship missile can reach out many miles – including the Chinese coast – and sink a ship.

These weapons are easy to deploy and operate and very hard to locate and destroy. The People’s Liberation Army Navy (PLAN) could find itself running out of ships (and crews) before Taiwan runs out of anti-ship missiles.

It’s also possible the “nuclear weapons card” isn’t all it's cracked up to be. Russia has nukes and yet Ukraine hasn’t crumbled. Quite the opposite.

And the Americans and the Europeans have developed a backbone and are providing serious and effective weaponry to Ukraine regardless – even though just a short while ago most pundits thought it impossible as it was too provocative.

Beijing probably won’t like what it sees on the economic/financial front either if the Americans, Europeans, and others decide to do to the PRC what they are doing to Russia. They have shown themselves willing to apply serious economic and financial sanctions against Russia and, as importantly, against Russia’s top leaders.

Targeting overseas assets must worry Zhongnanhai and the Chinese Communist Party (CCP) elites, given how much they’ve moved overseas and the scale of their property holdings. Russian and Chinese elites are glad to have their citizens absorb all sorts of punishment – but when it affects them personally, it’s a different equation.

The PRC leaders presumably thought Westerners and others would never impose sanctions that were also self-harming to their own elites and their economies. They seem to have been mistaken – though time will tell about the level of commitment.

Cut off US financial dealings, economic ties and tech transfers to the PRC, and the Chinese economy will be in serious trouble, and fast.

The EU has also banned Russian aircraft from operating in EU territory. The Americans may follow. Russian media outlets are similarly being pressured.

Chinese leaders may have discounted this level of potential isolation if they invade Taiwan. They may need to reconsider. British Petroleum and others pulling out of Russia must have been a surprise. The PRC must wonder now if many foreign anchor tenants and firms who claimed they were in China for the long haul just might leave.

And if their home governments impose restrictions and sanctions, that decision might be made for them. Shareholders might help make the decision as well – complaining that companies should not invest in a country that attacks its democratic neighbors.

One notes that to date genocide, organ harvesting, strangling Hong Kong, and bullying neighbors haven’t been enough to move Western businesses to divest from China. Maybe Taiwan (following on Ukraine) will do the trick.

Ukraine and Taiwan are as much battles of the mind as they are of blood and steel.

A so-called decapitation strike to eliminate a nation’s leadership isn’t always so easy – as Ukraine has shown. The same might apply to Taiwan.

And brave leaders can rally a people who were thought to be demoralized and ready to crumble. The PRC may be underestimating Taiwan in this regard. And even if a few top leaders are killed or captured, that doesn’t mean everyone else rolls over for the invader. Not at all.

China, like Russia, may have been counting on Quislings and fifth columnists to help collapse Taiwan/Ukraine from within. Given Ukraine’s resilience and it’s leadership’s bold efforts to rally a defense, the Russians must be wondering what happened?

The Chinese too must wonder if the money they’ve spent on subverting Taiwan’s politicians, academics, media, and others has been well spent.

Killing civilians and destroying civilian infrastructure can be counter-productive. Rather than terrorizing into submission it may provoke greater and more widespread resistance and spur other nations and organizations to step up pressure to punish and isolate the perpetrators (i.e. China). So China will go from being seen in foreigner’s eyes as ‘lovable Pandas’ to ‘bloodthirsty fire-breathing dragons’.

A clear lesson from Russia’s actions is that if the PRC invades Taiwan and it turns into a long bloodbath, China’s global reputation will go down the toilet fast – and keep going. It will be isolating itself and turning itself into an international pariah. Sort of like a really big North Korea.

Even America’s financial and business classes – who have to date been able to overlook overwhelming evidence of genocide and human rights violations in the PRC in hopes of making some money - may change their tune when videos appear of Taipei, Taichung, and Kaohsiung getting blasted and civilians lying dead in the streets.

Ukraine is waking up Taiwan and Taiwanese to the threat they face from the PRC. Taiwanese might have wanted to ignore the Chinese threat. But in the same way Hong Kong woke them up about the reality of brutal political warfare, Ukraine is reminding everyone of the imminent danger of kinetic warfare.

This is more likely to lead to an improved Taiwanese defense as more attention and resources are applied. And it may also result in faster improvement of military reserve capabilities, and maybe even a rudimentary Civil Defense scheme.

And don’t forget that because of Ukraine, many other nations (America, European Union, Japan, and others) are now internalizing that a “Taiwan scenario” is indeed likely in the near future. So the issue is going to get far more attention and with a sense of immediacy – and possibility – than than has existed to date.

The Russians have even managed to get the Germans to finally stand up on their hind legs. Can you imagine?

China must wonder whether the Japanese will do the same? Attack Taiwan they probably will. And not just the Japanese. Maybe the South Koreans and a long list of others.

None of this is good news for the Chinese Communist Party leadership.

Russia might indeed bulldoze Ukraine into submission in the coming weeks. But things will not go back to normal. Russia and its economy will struggle. And it will be many years before Russia and Russians aren’t looked at askance. Putin’s Ukraine adventure reminded much of the West that it still has some principles – and even a backbone.

The big lesson for Beijing: Intimidating an opponent into submission is harder than it looks. Russia tried for many months, even years, against Ukraine.

China has been trying for decades against Taiwan. And without any real success. Invading Ukraine seems to have made things worse for Russia – and the excuses, such as claiming Russia “had no choice,” have mostly fallen flat.

Xi Jinping might have to go back to the drawing board if he wants to subjugate Taiwan.