Good or Bad, Japan Joined the RCEP and Now Must Stay Alert to Keep Markets Free 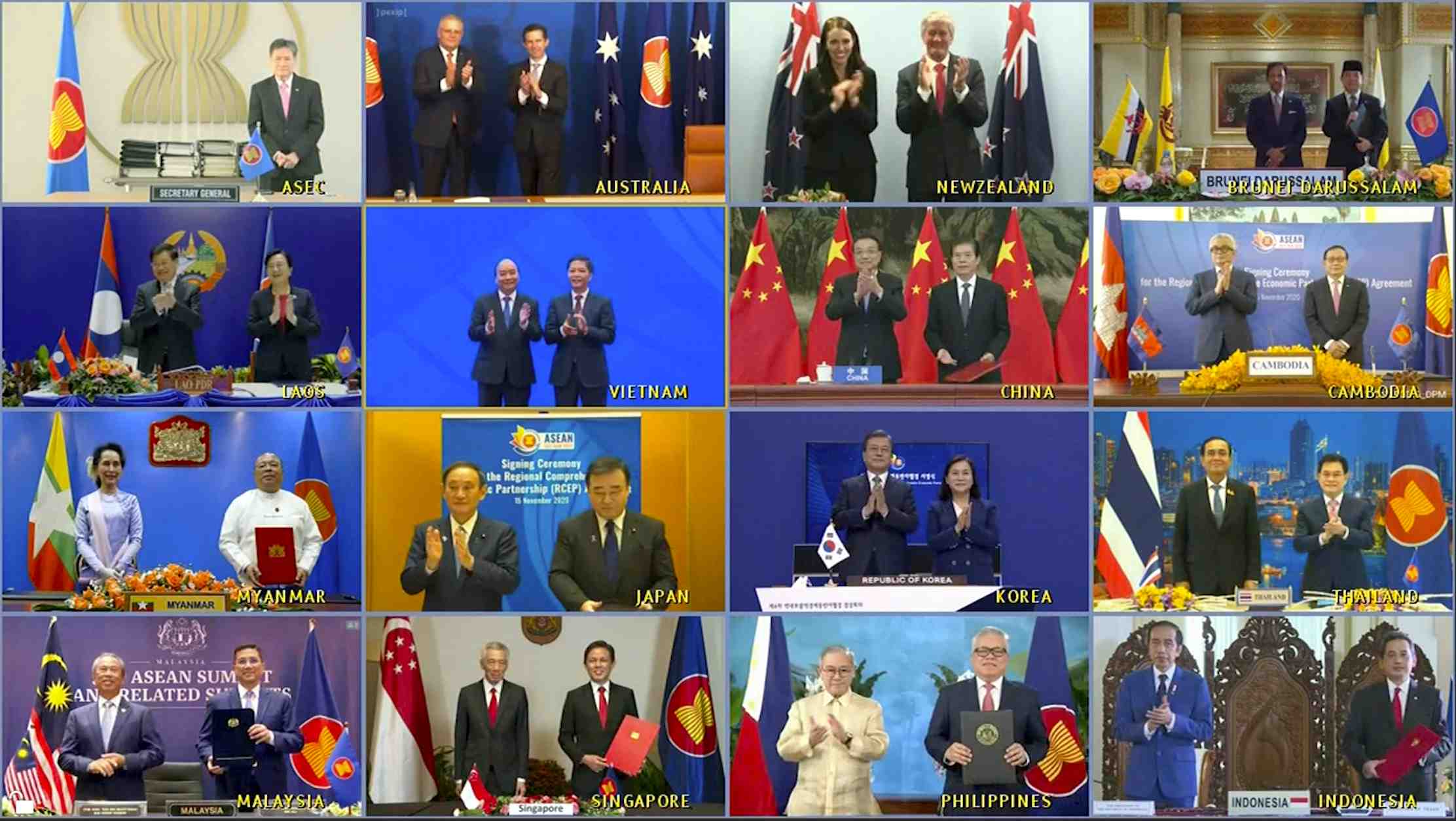 ~What are the possible gains and losses from the RCEP for Japan?~

Finally, after a lot of wrangling and long-drawn discussions, the RCEP (Regional Comprehensive Economic Partnership) was concluded on November 15. It includes the 10 ASEAN nations as well as Japan, China, South Korea, Australia and New Zealand.

Negotiations over the RCEP had begun way back in 2012. When it comes into force, the RCEP is likely to remove most of the existing tariffs on traded goods and strengthen supply-chain linkages among the member countries, thereby giving a much-needed boost to trade among the participants.

India had been participating in the RCEP discussions but pulled out over what it saw as threats to its domestic market. The Modi government has launched the “Make in India” and the “Atmanirbhar Bharat” initiatives which aim to boost domestic production and signing on to the RCEP would have defeated those aims of the government.

At the same time, Japan has been one the drivers behind the RCEP. Member countries of the RCEP together constitute approximately a third of the world’s total population and at the same time they also account for nearly 29% of global gross domestic product (GDP).

So, what are the possible gains and losses from the RCEP for Japan?  Let’s look at the bright side first.

First, Japan will benefit from a reduction in tariffs on a huge majority of its exports. This is particularly important at a time when the Japanese economy has been deeply impacted by the coronavirus pandemic, though the economy bounced back in Q3. It has been estimated that when the RCEP is ratified, it will remove tariffs on 86% of Japan’s exports to China.

Second, it also increases Japanese products’ access to markets in the ASEAN region, since all the 10 ASEAN countries are part of the RCEP.  The ASEAN nations are very important for Japan, especially in the economic realm. This could be seen in the choice of countries for the first foreign visit of the new Japanese PM—Vietnam and Indonesia.

Third, at a time when countries across the world are resorting to protectionist measures, it comes as a measure of hope for free trade. This protectionism has been spearheaded by the Trump Administration in the U.S., as part of his “America First” initiative.

However, there is another side to the story.

An overdependence on China is a sure recipe for disaster, whether it be in the economic realm or otherwise. During the pandemic, many countries have seen the first hand impact of an overreliance on China when it comes to the economy. Countries, like Australia which depend heavily on exports to China, have seen how Beijing has used the economic stick to its advantage.

The only agreement similar in scale with the RCEP is the Comprehensive and Progressive Agreement for Trans-Pacific Partnership (CPTPP), but the United States walked away from its predecessor-the TPP. Hence, China’s overwhelming presence in the RCEP could in the future allow it to dictate terms to the other RCEP members. Beijing could also tout the signing of the RCEP as a victory for its leadership in the region, particularly in the light of the fact that key American allies like Japan and Australia are a part of the RCEP.

In addition, even a steady inflow of Chinese products into the economies of the other RCEP members could pose a threat since China already enjoys a favorable balance of trade with some of these countries. It could also come as a boost for China’s much-vaunted Belt and Road Initiative, from which Japan has stayed away.

Meanwhile, the absence of India from the RCEP is also a cause for worry as this means that the intra-RCEP trade could be lopsided in favor of China and that is not a good sign. In addition, just in case, the Biden Administration in the United States decides to go soft on China, there will be even more worries for Japan.

Tokyo will have to be careful when it comes to the Chinese presence in the RCEP. Beijing may use its economic clout in the RCEP to its advantage and to Tokyo’s detriment. China has already invested in a big manner in the ASEAN nations and its relations with some of the ASEAN nations like Cambodia leaves enough room for worry for countries like Japan and even for other ASEAN nations. The signing of the RCEP may also allow Beijing to divert attention from its lackadaisical handling of the coronavirus pandemic and allow it some breathing space.

While it is understandable that Tokyo was caught between a rock and a hard place when it came to the RCEP, it will have to exercise an abundance of caution to ensure that the RCEP does not become China’s baby.

Dr Rupakjyoti Borah is a Senior Research Fellow at the Japan Forum for Strategic Studies, Tokyo. His forthcoming book is The Strategic Relations between India, the United States and Japan in the Indo-Pacific: When Three is Not a Crowd. He has also authored two other books. He has also been a Visiting Fellow at the University of Cambridge, the Japan Institute of International Affairs (JIIA), Japan and the Australian National University. The views expressed here are personal. Twitter @rupakj