State of Emergency Ends in Kyoto and Osaka 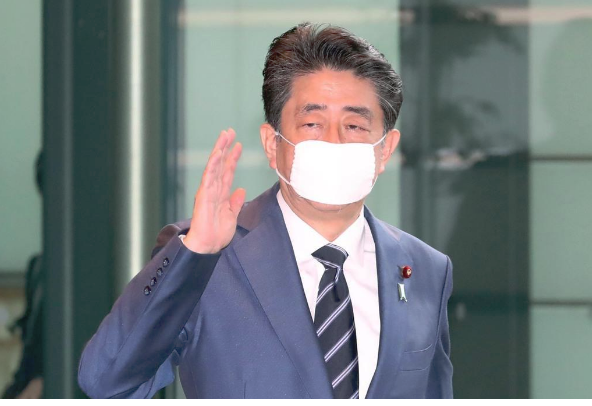 “Following the approval of the panel of experts, it has been decided that the state of emergency will be lifted from Kansai’s Hyogo, Osaka, and Kyoto.”

Japanese Prime Minister Shinzo Abe made this announcement on Thursday evening, May 21, in a press briefing where he first thanked medical staff for all their efforts and the people who stayed home during the state of emergency.

The capital city of Tokyo and neighboring prefectures — Kanagawa, Saitama, and Chiba — as well as the northern island of Hokkaido are set to continue a little longer under the state of emergency.

In a similar manner to previous press conferences, Prime Minister Abe called upon citizens to embrace the new stage with a renewed consciousness of dealing with the virus in everyday life.

“Kansai, with businesses starting again and lots of economic activity, is entering a new stage. We have set up guidelines for businesses, and we hope that you will make use of the guidelines when restarting, finding a new way of performing business,” Abe said.

The Prime Minister articulated the reasons the state of emergency wasn’t lifted in the Kanto region, but added that the plan is to look at the numbers again on May 25.

“The number of cases [in the Kanto region and Hokkaido] is decreasing, and the pressure on medical facilities is lessening. So we are going to ask experts to reevaluate the situation on May 25, and if the criteria are met, release these regions from the state of emergency,” the Prime Minister said.

The numbers are looking up, even for those living in crowded Tokyo. Earlier on Thursday, Tokyo Governor Yuriko Koike told journalists that the Tokyo Metropolitan Area had hit the government criterion of reaching less than 0.5 positive patients per 10,000 people for the first time.