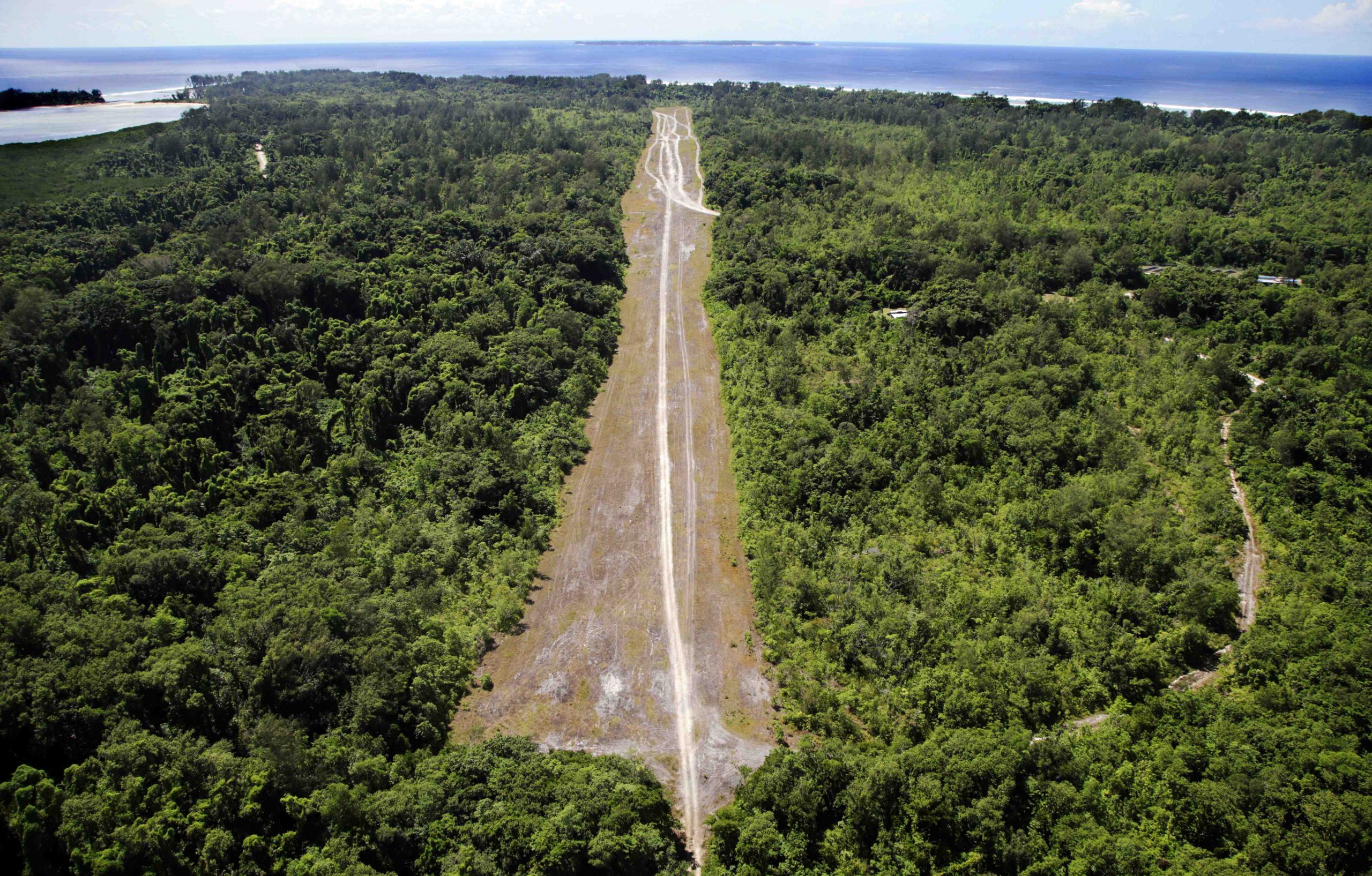 The Palau presidential election was a substantive showdown between incumbent Vice President and Minister of Justice, Raynold Oilouch, and former congressman and businessman Surangel Whipps, Jr. It was Vice President Oilouch who had openly supported establishing ties with China. Although Palau has maintained relations with Taiwan since its independence, Oilouch had pledged in his campaign speeches that switching to China could lead to economic development. If Oilouch had become the President, Palau would have likely established diplomatic relations with China.

The election outcome saw Surangel Whipps, Jr. win a significant victory. At the same time, it has been widely rumored that a lot of cash flowed in from China to Oilouch, and that the cash was distributed to voters. If this is true, the result of this election is a victory for the Palauan people over Chinese money. It is evident that Chinese infiltration has been corrupting Palauan society and causing unease amongst the people.

Former U.S. Defense Secretary Mark Esper, who visited the country on August 28, must have been equally relieved by the results of the national election. The United States, which has signed a special defense and diplomatic agreement with Palau, plans to install a multi-billion dollar ballistic missile radar facility on Angaur Island in the country. There is concern that if diplomatic relations with China are established, Chinese infiltration of Palau, which has a population of less than 20,000, will proceed further. This would not only affect Palau, but could lead to a broader Indo-Pacific security crisis.

I would like to summarize from an article which I co-authored in August of 2020 with Jennifer Anson, Director of the Human Trafficking Office of the Palau Ministry of Justice, for JAPAN Forward.

The Chinese threat does not only have military implications: In 2015, Palau experienced an influx of Chinese by accepting direct charter flights from mainland China, Macau and Hong Kong. Many Chinese “investors” paid large sums of money to acquire land and buildings on 50- to 99-year leases. The possibility of money laundering cannot be denied because a majority of these “investments” have since been abandoned.

Cybercrimes in Asia and Pacific Islands

The Ministry of Justice has evidence that these operations are still going on in several hotels and buildings throughout Palau.

Why does China promote online gambling operations in Palau when China has banned gambling? So has Cambodia, Myanmar, Vanuatu, the Philippines, etc. Where law and order is loose, the country becomes a prime target for carrying out criminal activities. There is concern that this online gambling may extend to all kinds of cybercrimes across a number of countries. Young Chinese men and women, even teenagers, are involved in this crime and may be victims of human trafficking. These minors have been recruited to Palau from places like Cambodia, where online gambling has been outlawed.

What exactly are the cybercrimes being committed? In Cambodia, for example, hundreds or even thousands of Chinese stay illegally without work visas. They work in hotel rooms where hundreds of computers connect people from all over the world as participants in virtual currency investment and online gaming. They not only withdraw money for games and investments, but also obtain credit card information from customers and make unauthorized withdrawals.

The Palau National Congress deliberated a bill that would amend the existing casino bill and overlook the illegal activities of Chinese cyber criminals in Palau. The current President of the Senate and Speaker of the House of Delegates, who were both reelected in the national election, have already stated that they want to explore online gambling as a way to help the economy recover in the next administration.

While law enforcement authorities are fighting daily to arrest Chinese cybercriminals, officials are protecting them. According to multiple sources, Vice President and Minister of Justice Oilouch instructed the task force to return all confiscated computers and equipment to the Chinese, and to only charge the Chinese with labor violations (working without a permit), and not to charge them with online gambling.

The arrest in June of this year resulted in the seizure of evidence and a guilty verdict in court. However, this time, the attorney general issued an unusual written advisory, claiming that the special prosecutor had acted beyond her authority. It is widely rumored that this was another instruction from Minister of Justice Oilouch.

The current president, Tommy Remengesau, Jr., has also had his share of involvement with a Chinese crime syndicate in Palau. Last April, an article appeared in the press with a photograph of Wan Kuok Koi, leader of the Macau 14K Triad, shaking hands with President Remengesau. The president had signed a letter of approval for the establishment of the Palau China Hung-Mun Cultural Association, with the nominal purpose of cultural and charitable activities in Palau. The news shocked China experts who knew what the Triad is and the impact it would have on the people of Palau. INDOPACOM, which had been raising awareness of the importance of Palau's security, also paid special attention to this issue.

INDOPACOM chose Angaur Island in Palau as a radar base. Interestingly, Wan Kuok Koi of the Macau 14K Triad announced that he would lease Angaur Island for 99 years and develop a huge casino resort there. It may sound like a joke, but there is a possibility that the Triad casino resort and the U.S. radar facility will have to coexist on the island of Angaur.

What would be the aim of building a casino resort on such a remote island? It would most likely become a new breeding ground for cybercrime and money laundering. Furthermore, some U.S. government officials have pointed out that the infrastructure being developed under the guise of a casino resort could become a future base for the Chinese Liberation Army. China has been steadily building up its military bases in the South China Sea, and similar moves in the Pacific Islands are quite possible.

Drug trafficking is also widespread in Palau, and the Narcotics Enforcement Agency (NEA) of the Ministry of Justice, with only eight employees, deals with it on a daily basis without fear of personal harm. The director of the NEA recently had his vehicle burned, and last year his boat was burned.

The NEA also works to protect children from drugs and criminal activities by organizing children's judo classes and a Law Enforcement Explorers Program (LEEP). Unfortunately, it is also the families of Palau's politicians who are complicit in drug crimes. They smuggle in methamphetamine or "ice" from China and the Philippines. They give it to children on their way home from school for free and get them addicted. Then the addicted children are coerced into prostitution and other crimes in order to get cash instead of methamphetamine.

An Indian reporter working in Palau for a local newspaper who reported on this situation disappeared. He had written about the reality of drug syndicates in Palau, and I was the one who provided him with information.  I advised him that his life was in danger, but he told me, "You're the third person to give me a warning," and went on to tell me about the social responsibilities of journalists. He told me that he majored in journalism in university. He also said that people who knew about the drug problem in Palau wouldn’t talk about it, and if they did, they would be obliterated. This is the darkness of paradise.

Attorney Rachel Bergeron, a 33-year-old woman and U.S. citizen who tried to save children and women in the darkness of paradiseーYap Island in the Federated States of Micronesiaーwas shot and killed in October 2019 by local islanders. Bergeron had been the Acting Attorney General of Yap.