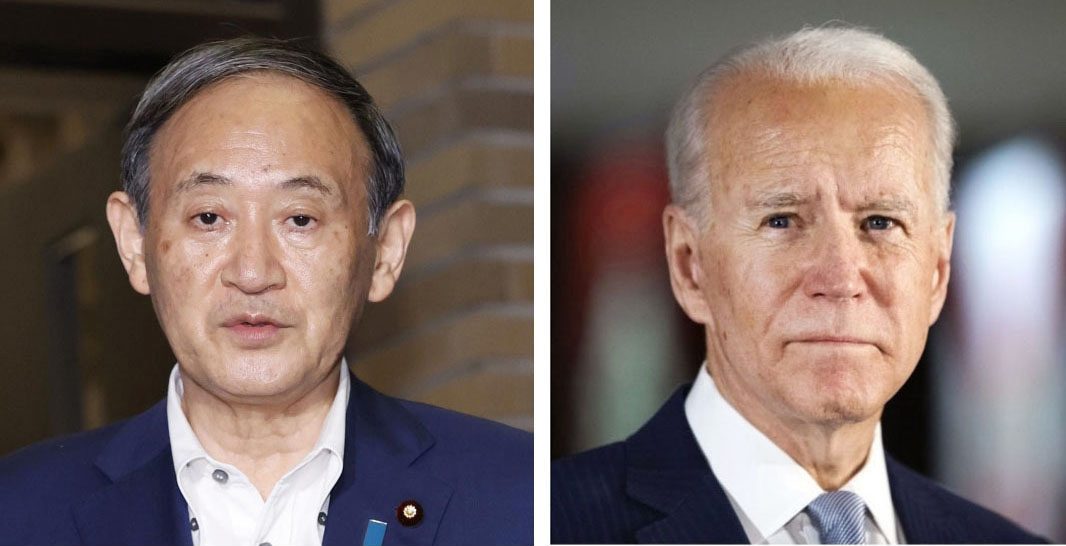 In a phone conversation held in the early morning of January 28, Prime Minister Yoshihide Suga and President Joe Biden agreed to further strengthen the Japan-U.S. alliance. Biden specifically promised that in the event Japan was threatened by a third party, the U.S. military would provide extended deterrence support, including a “nuclear umbrella” with its nuclear arsenal.

The two leaders also agreed that in accordance with Article 5 of the bilateral defense treaty, the geographical scope of the U.S. commitment to the defense of Japan includes the Senkaku Islands in Okinawa Prefecture.

In their conversation the two leaders agreed that the rise of China posed an acute challenge to the “rule of law” and other values shared by the democratic camp.

They also agreed to strengthen the four-nation “Quad” arrangement involving Japan, the United States, Australia and India, with Biden praising Japan’s contribution to it. According to Chief Cabinet Secretary Manabu Sakai, who was listening in, the two men promised to work together to ensure a “free and open Indo-Pacific” (FOIP) region.

However, Biden and Suga did not discuss former President Donald Trump’s demand for a large increase in the amount of money Tokyo spends for the hosting of U.S. military forces in Japan.

Climate change and the COVID-19 pandemic were two other topics discussed, with the two men agreeing that countermeasures for global-scale problems such as these are interlinked.

Suga welcomed Biden’s decisions to rejoin the Paris climate accord and reverse the Trump Administration’s decision to leave the World Health Organization (WHO). In turn, Biden invited Suga to participate in a TV summit on the issue of global warming which the United States will be hosting on April 22.

Biden also promised to cooperate in Japan’s efforts to secure supplies of COVID-19 vaccines, while Suga lauded the U.S. government’s decision to join the COVAX global cooperative framework for joint procurement of coronavirus vaccines for distribution to developing countries.

Concerning a visit to the United States, the prime minister said that he would like to make the trip as soon as the COVID-19 situation would allow.

This was the second time that Biden and Suga have spoken since the U.S. presidential election in November of last year when Suga called to congratulate Biden on his victory, and the first since Biden’s inauguration. Suga was also the first Asian leader that Biden spoke to after becoming president.

The two leaders agreed to address each other on the first-name basis of “Yoshi” and “Joe” and to hold more telephone conversations in the future.

Addressing a press conference at the prime minister’s official residence following his conversation with Biden, Suga said, “Compared to the last time we talked, our exchange was more focused and substantive.”

“I’d like to deepen my personal relationship with [President] Biden and work together to strengthen the Japan-U.S. alliance,” he emphasized.

RELATED STORY: EDITORIAL | What about the China Conversation in Suga and Biden’s Summit Call?