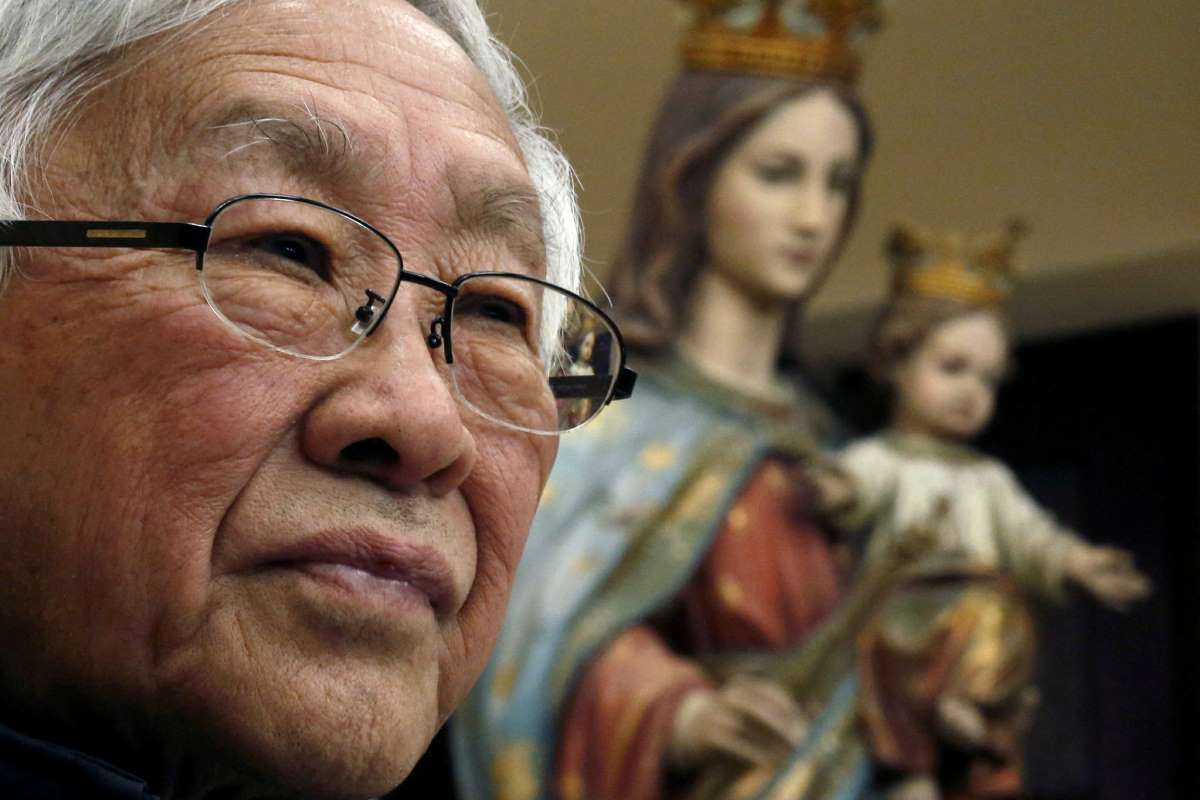 Cardinal Joseph Zen will follow in the footsteps of saints if he’s led down to a jail cell to face detention for the remainder of his life.

This grim outcome is possible following the former bishop of Hong’s Kong’s recent arrest in the city. He is charged with breaking China's national security law.

He has since been released, awaiting charges relating to his alleged involvement in a now-defunct organization that helped provide financial support for people who had been charged with protesting for political reasons.

Despite his age, the cardinal showed solidarity with young people involved in the demonstrations which took place in 2019, before the marches were outlawed on orders from Beijing.

Police claim that not only did the cardinal support the protests, he also asked foreign countries to impose sanctions on Hong Kong. If he is found guilty of that so-called crime, Cardinal Zen could face life in prison.

Human Rights Watch described this prospect as a "shocking new low for Hong Kong." Meanwhile, the International Religious Freedom summit said the arrest “on charges of collusion with foreign forces is a deeply troubling development in China’s ongoing crackdown on advocates of democracy and now, apparently, on religious leaders”.

The White House called for his immediate release. Lord Patten of Barnes, the last British governor of Hong Kong, said the arrest was “yet another outrageous example of how the Chinese Communist Party is hell-bent on turning Hong Kong into a police state.”

Other Catholic leaders have joined the outcry. For example, Bishop Thomas Tobin of Providence, tweeted from the United States, “Pray for Cardinal Joseph Zen, 90 years of age - who has been unjustly arrested by the Chinese Communists - and for all those in the world who suffer for their Catholic faith. Though separated by distance, we stand in complete solidarity with today’s heroes and martyrs."

Others joined in the cry.

However, the Vatican itself has been somewhat muted in its response. It merely said: “The Holy See has learned with concern the news of the arrest of Cardinal Zen and is following the development of the situation with extreme attention.”

Later, the Vatican’s Secretary of State, Cardinal Pietro Parolin, said: “The most concrete hope is that initiatives such as this one will not complicate the already complex and not simple path of dialogue.”

This was an indication that Cardinal Zen has been a troublemaker for the Vatican, as well as for China. He has been scathing of what he regards as unacceptable compromises made by the Holy See.

In particular, he disapproves of an arrangement by which the Chinese Communist Party appoints bishops who, with approval from Rome, become members of the Chinese Patriotic Association, the only officially sanctioned Catholic church in China.

Its rules stipulate that clergy “support the leadership of the Chinese Communist Party” and “practice the core values of socialism.”

Cardinal Zen takes the view that such an approach manipulates the church into becoming an arm of the authoritarian Chinese regime.

Alex Lo, a commentator for the South China Morning Post, says: “Most Catholic critics decry the Chinese state’s censorship and suppression of the so-called underground church in China, yet Cardinal Zen goes much further in his implacable ideological opposition to the Communist state.”

Even Christians with a pragmatic outlook on China see the arrest of Cardinal Zen, a native of Shanghai, as a signal of the growing restraints on religious freedom.

In contrast to the fundamentally atheist government on the mainland, the island state of Taiwan follows a pluralistic approach to religion as well as politics. Followers of many faiths worship there openly - including Roman Catholics.

This is also true in Japan. And the Pope received a warm welcome when he visited Tokyo in 2019.

As things stand, the Vatican is the only state in Europe to recognize Taiwan diplomatically.

In recent years, there has been speculation that the Vatican may change its position. The theory is that the Pope will do a deal with China, leaving Rome to relinquish its special relationship with Taiwan, in order to become an official church on the mainland.

This would be a diplomatic coup for China, which has been endeavoring to isolate Taiwan, which it considers a renegade province. Yet such a switch of allegiance would be condemned by bishops who argue that if the Vatican grants diplomatic recognition of China, it would be legitimizing an authoritarian state that routinely violates human rights.

Among those taking an uncompromising position is Cardinal Charles Bo, the president of the Federation of Asian Bishops’ Conferences.

“Hong Kong used to be one of Asia’s freest and most open cities. Today, it has been transformed into a police state,” the Myanmar cardinal said.

He continued: “To see a city that was a beacon for freedom, including religious freedom, move so radically and swiftly down a much darker and more repressive path is heartbreaking.”

Cardinal Bo has called for believers in Asia and elsewhere to join a week of prayer for China, which takes place in May.

A special shrine created by Chinese Catholics stands inside a church on the western peak of Shanghai, called the Sheshan Basilica. A statue known as Our Lady of Zosè, or the Mother of China, represents the Blessed Virgin Mary.

In Catholic art, it is common to show the Virgin crushing a serpent beneath her feet. In Shanghai, she stands upon the head of a Chinese dragon.

Some Catholic theologians believe the snake represents Lucifer. Saint Alphonsus regarded it as “a proud spirit, beaten down and trampled under foot by this most Blessed Virgin, so that, as a slave conquered in war, he is forced always to obey the commands of this Queen.”

It is an image that might therefore appeal to those praying for release from oppression. Yet it must also be an affront to those who see dragons as a greater force than God.