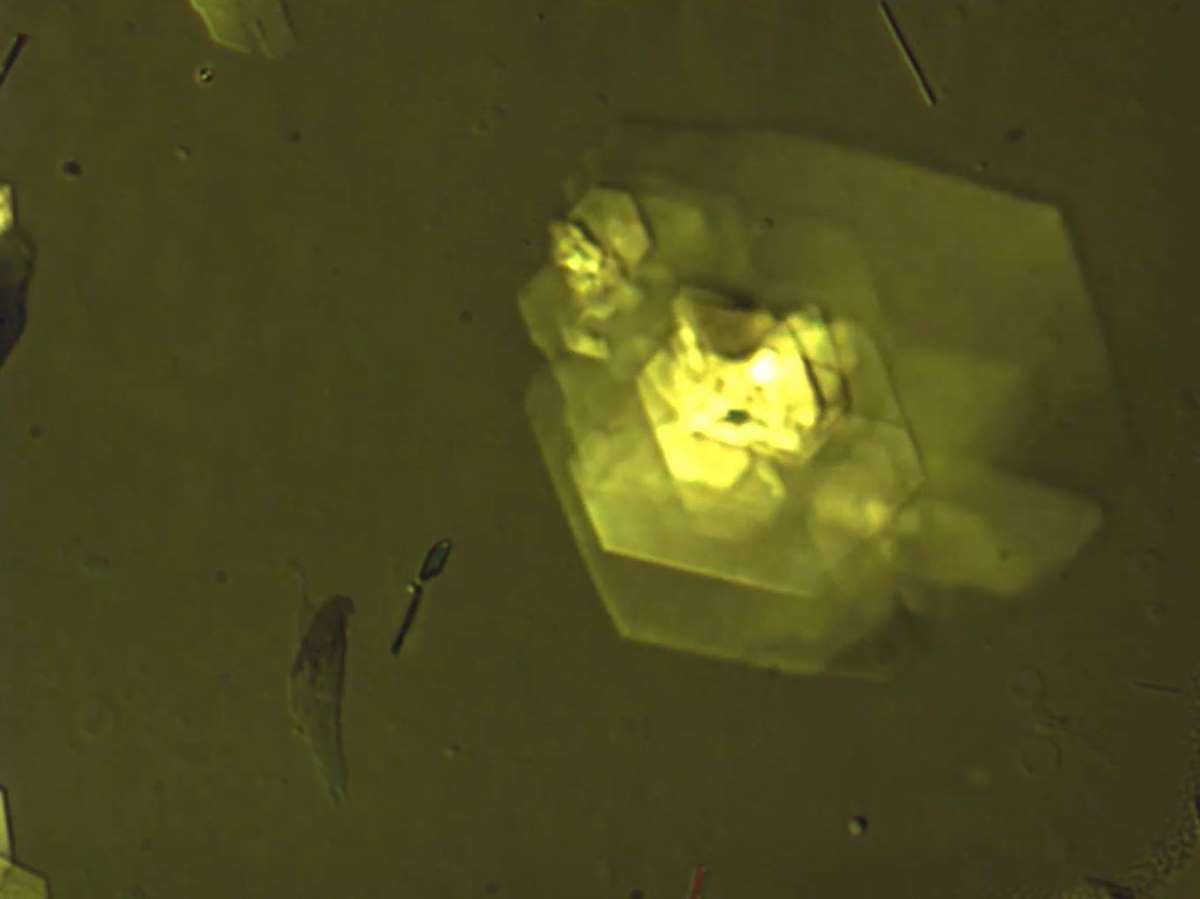 A molecular robot with a width of about 100 micrometers swims when irradiated with light (Photo provided by Yoshiyuki Kageyama, Assistant Professor of Hokkaido University)

A research team at Hokkaido University led by Assistant Professor Yoshiyuki Kageyama announced in 2021 that they have successfully produced a robot smaller than one millimeter that can swim like a fish by paddling through the water. This technology has the potential to be the groundwork for molecular robots that freely swim through blood vessels to transport drugs.

Behind the research lies a certain physical theory.

Creating a tiny robot that can fit into narrow spaces like a blood vessel is the stuff of science fiction novels and movies. Research on assembling molecules into tiny machines through chemical reactions is now interesting to scientists worldwide.

For example, the 2016 Nobel Prize in Chemistry was jointly awarded to three people who contributed to the design and synthesis of molecular machinery: Jean-Pierre Sauvage of the University of Strasbourg in France, Sir J. Fraser Stoddart of Northwestern University in the US, and Bernard L. Feringa of the University of Groningen in the Netherlands.

The standard assumption in physics has been that small objects cannot move through water with a fluttering motion. The scallop theorem is a formal expression of the difficulties posed.

For a small robot, forces like gravity and buoyancy proportional to its size are weak, but viscous resistance significantly hinders its smooth movement through liquids. For this reason, if the body of a prospective robot bends to move forward, it will typically return to its previous position within a liquid when it assumes its original shape.

This is similar to the fact that when rowing a small boat on the surface of a lake, if the oars are left in the water and moved back and forth, the rowboat will wobble but will not move forward.

With similar conditions to a rowboat, small, liquid-faring robots can move by sliding along walls, using a motion similar to the way microorganisms rotate their flagella to gain propulsion, or by expelling water. There is extensive research on these forms of movement.

In 2016, Assistant Professor Yoshiyuki Kageyama’s research team at Hokkaido University, in Supramolecular Chemistry, announced that they had successfully created a molecular robot that could repeatedly bend. At that time, it was discovered that it could swim through the water with its repeated winding, but a physicist observed that “it should be impossible for a molecular assemblage to swim in that way.”

Why did a motion that seemingly breaks the laws of physics occur? The present research tried to clarify this question.

Kageyama’s research team created a test environment based on their original 2016 work. The team made crystals by mixing azobenzene, an organic molecule that warps when it absorbs light, with oleic acid, a substance found in vegetable oils. The crystal size is tens of microns in length (one micron is one-millionth of a meter), hundreds of microns in width, and one micron in height.

The term “robot” conjures images of a machine constructed of metal and plastic, but that is impractical at these sizes. The team assembled the tiny robot using chemical reactions to crystallize the molecules that make up the parts.

Shining blue light onto the crystals caused portions of the robot to move like fins, allowing it to swim. Depending on the shape of the crystal, there was a “dog paddle-type” that floats with its fins forward and a “flutter kick type” that swims with the fins backward. The swimming speed is fast, at 15 microns per second. Converted to a human scale, this would be about 500 meters per hour or the pace of a leisurely stroll.

In the experiment, the robot swam when placed in a tiny pool with a width of 28 millimeters, a length of 17 millimeters, and a depth of 0.3 millimeters. However, when the depth of the pool was increased, the number of robots that could swim decreased.

This confirms the general expectation that a narrow passage is conducive to the swimming ability of small objects like the Hokkaido molecular robot. Even if it moves forward by bending, it will move back after stretching out in an enlarged space. Still, in a narrow channel, the proximity of the nearby walls breaks the robot’s viscous resistance, so it can move forward.

This is said to be the world’s first artificially-created small robot that swims with a fluttering and bending motion.

Various applications are expected for autonomously-moving microrobots. They can deliver medicine to certain parts of the body or replace the functions of some organs with the movement of artificially-created molecules.

Molecular motion within our organs is at work when our brains think, hearts beat, and kidneys filter waste. If scientists can replicate these functions, it may be possible to create a “molecular calculator” that can compute like a human brain or an artificial kidney to replace dialysis.

These experiments use light as the energy source, but researchers will continue studying molecular robots powered by chemicals with artificial organs in mind. “Food is the energy source for the human body. We are working on research to create visible movements fueled by chemical substances,” said Dr. Kageyama.

The goal is to understand the mechanism of autonomous molecular robots and bring them to practical use.